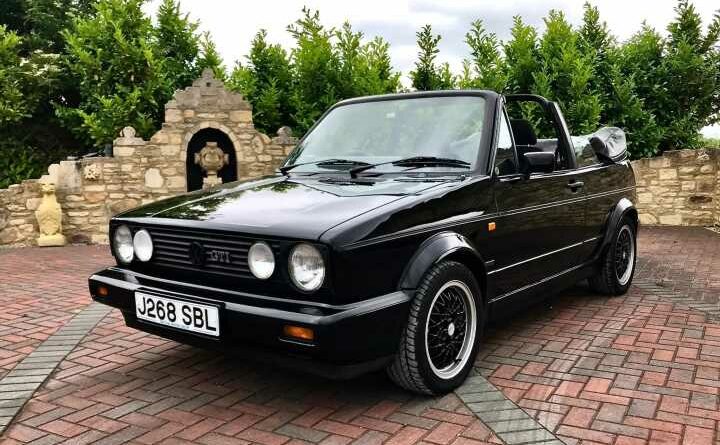 This last of the line Mk1 Volkswagen Golf GTI Cabriolet Sportline is rare – and hand built, don't you know…

It’s quite customary to associate ‘coach built’ with the big names like Rolls-Royce and Bentley, but it’s always seemed odd to think of mainstream manufacturers employing a coach builder to build its cars. You’d think, with all that engineering might, it’d be simple to create, for example, a convertible version of a regular hatchback, wouldn’t you? But back in the day they weren’t designing hatchbacks with a convertible variant in mind. The idea was just get the meat and potatoes of the range out there as quickly as possible and earning some money; the rest could be sorted later. Or not. Off shoots, like convertibles, take up resources, which, I am sure were, and still are, in short supply. That’s why manufacturers thought it best to leave the specialist stuff to the specialists.

So, when you bought a convertible or cabriolet version of a family hatch in the 80s and 90s, it wasn’t just the panache of a car with a fabric roof you were getting. No, there was its association with hand-built craftsmanship from some of the most famous coach builders in the world. If you bought a Peugeot 306 Cabriolet, for instance, it was made in Turin, Italy, by Pininfarina. There was even a little badge on the side to prove it. You could point to this and tell everybody down the pub that your car was made by the same people who’d designed some of the coolest cars in the world. Cars like the Ferrari 500 Superfast and 512 BB, the Rolls-Royce Camargue and, of course, who can forget the Hyundai Matrix and Daewoo Tacuma. Actually, best try and forget those two dismal efforts. Everyone has their bad days.

Then there was the Vauxhall Astra Convertible. This was also made in Turin, but by Bertone. Just like Pininfarina, Bertone had designed Ferraris, but it was better known for the string of handsome Alfas and cool-looking Citroens. Also, every key Lamborghini up to the Jalpa, which meant it had designed the prettiest of them all. Perhaps the prettiest car ever made: the Miura. And that’s what you were associated with when you bought an Astra drop-top. If, on the other hand, you bought a Ford Escort Cabriolet, it was hand crafted in Germany. It was made by Karmann, who people had heard of because of that pretty little sports car, the Ghia. Funnily enough, there was a Ghia version of the Escort Cabriolet, but let’s not get into how that once great design studio got reduced to a mere trim level by the Blue Oval.

It was Karmann’s association with Volkswagen that was its most famous, and that continued on with the Mk1 Volkswagen Golf GTI Cabriolet. Arguably, the prettiest of all the cars we’ve mentioned, with the exception of the 306. It was so pretty that Karmann kept on building it long after Wolfsburg had dropped the Mk1 Golf and replaced it with the Mk2. They just kept churning them out, right through to 1994, which makes the Mk1 Golf Cabriolet the longest-running Golf of all time (I think). Still, good looks only go so far. They had to keep it front and centre in people’s minds, of course, and that’s where the advertising bods stepped in. They came up with some witty campaigns. These invariably had a picture of the Golf, with its roof down, and a pithy slogan like “The sun you always wanted” or something racier, such as “The most fun you can have with your seat belt on”. They even talked about the engine being fun-injected rather than fuel-injected. Oh, those wacky Wolfsburg marketing dudes, aye.

After all that, I feel I should mention the thing that inspired this ramble. It’s a Mk1 Golf GTI Cabriolet, which is up for £26,950. Now that’s a lot, granted. But don’t forget, you can tell people that it’s made by Karmann, and they made such beauties as the Chrysler Crossfire – coupé and convertible. They also made some genuinely peachy things, from the simply stunning Audi Cabriolet and BMW 635 CSi, to, funnily enough, another Escort. Yes, Karmann did the RS Cosworth, and those are readily up for £70,000 and occasionally nudge £150,000, which is crazy money. This is a rare Sportline model. It was built to mark the end of the line for the Mk1 Golf Cab and came with more gear, including some fetching BBS alloys. They made just 499 of them and, to be fair, £26,950 isn’t a bad price for it.

Whatever you think of the price, you have to admit the condition is something worth tipping your roof to. It’s a two-owner car that’s covered just 58,000 miles, and looks like it’s tip top. Not only are the front Recaros the most comfortable looking things, but they appear unmarked along with the rest of the car. And it’s not a bad sign when the vendor is prepared to stick the car up on a two-poster, take the wheels off and show you how spangly it is underneath. This one definitely is spangly. While all that glitters might not be gold, so always check things over thoroughly, this car’s clearly had some money spent on it. Judging by the photos, the exhaust is new from the down pipe back, as are the front calipers and rear drums, along with all the coil springs.

The only thing that counts against it is we’ve just had the hottest day of the year, and I couldn’t think of anything more insufferable than a convertible with the roof down in 40-degree heat. Other than that, I love it. And the era of hand-built, everyday convertibles. 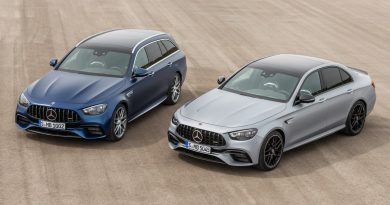 The New Mercedes-AMG E63 Is Not That New, But Don't Let That Put You Off

GM’s Policy on Cannabis Use Partly to Blame for Worker Shortage: UAW 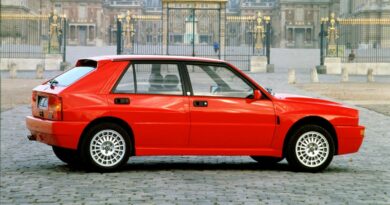 The Lancia Delta Is Coming Back As An Electric Vehicle