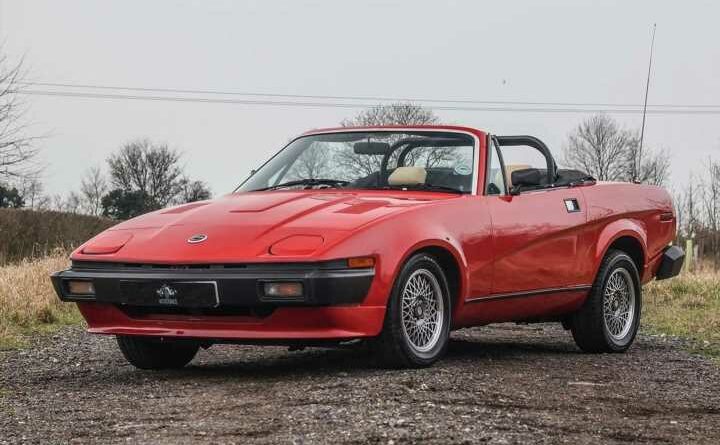 History is littered with examples of a burly V8 transforming a small British sports car. AC Ace to Cobra is the most obvious example, but don’t forget the Lotus Esprit, MG B and Morgan Plus 4 were all unforgettably altered by swapping out four-cylinder power for a V8.

When Triumph launched the TR7 in the mid 1970s, it wanted the sports car to succeed in America; so much so, in fact, that it was launched over there a year ahead of its home market. The only problem being the engine. Even post fuel crisis, a V8 was considered essential. Although the Dolly Sprint-sourced 2.0-litre did a fair job in the lightweight TR7, Triumph was only really going to have an impact Stateside with eight cylinders.

So, in went the trusty Rover V8, all 3.5-litres and 135hp of it. The TR8 should have been lapped up, but a strong pound at the time made it expensive to customers across the Atlantic – a cost that looked especially poor value given the notoriously iffy fit and finish. In the end, it’s believed less than 2,500 were built, and maybe as few as 18 in right-hand drive.

Which is a shame, because demand for a V8-engined TR7 in the UK, helped along by the spectacular Group 4 rally car, definitely must’ve existed. In fact we know it did, because, as this car shows, our enterprising sports car scene simply set about making its own TR8s from readily available TR7s and donor engines. First registered in 1980, this example was converted not long after by S&S Preparations. The work comprised dropping the 3.5 V8 in as well as brake discs and radiator from the TR8, uprated suspension and a side-exit exhaust. According to a report from 1991, the work was “thoroughly and carefully carried out” – which is nice to know.

Certainly it looks the part all these years later. Everyone has their own view on how the TR7 was styled, some more polite than others, but there’s no questioning the condition of this one. Maybe ‘factory fresh’ isn’t the term given what’s usually said about BL build quality back then; let’s say this Triumph wears its six-figure mileage well, interior and exterior looking pretty fresh for a car in its fifth decade. Apparently the owner spent £8,000 on the Triumph during their years with it from 2017, including a top end overhaul, some bodywork and a wheel refurb – the investment looks to have paid off handsomely.

Not least with the complete car now for sale at £12,950. If not the fastest or most dynamic sports car in the world, a TR7 with the V8 is going to sound great and garner plenty of affection. After all, when did you last see a Triumph of any kind? With spring having very nearly sprung, there must be many far less enjoyable ways to spend it than top down in a classic British sports car with a V8 burbling along for company. So what if it’s not a genuine TR8? At least this way a buyer will be unafraid to drive it, enjoying their little red English Corvette like it’s the real thing. 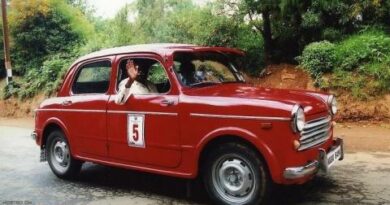 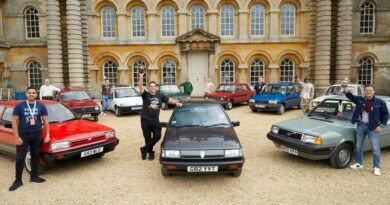 2021 Festival of the Unexceptional | PH Gallery