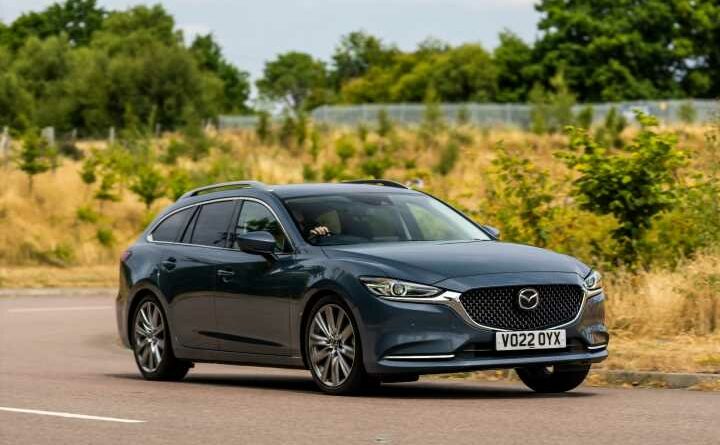 I love an estate. Now, though this might not be everyone’s attitude, I am fairly sure it’s not just me that sees big wagons as the enthusiast’s kind of car. They don’t have to have big V8s to get some love, either. There’s something about just a regular family estate that creates a warm glow, whatever the engine. Perhaps that’s because many of us, as kids, spent many happy miles in the back seat of one (or even the back of one, face pressed up against the rear window waving at the car behind if you’re as old as me). They were the days before health and safety, of course.

Estate cars also look great. And with its Kodo design coated in Polymetal Metallic, this Mazda 6 Tourer looks bloody sexy, don’t you think? It manages to be swoopy yet classy and modern yet classic, all at the same time. It’s a car I look forward to getting into, because it’s so gratifying to look at when I’m walking up to it. And here’s another thing that should endear it to the hearts and minds of PHers: being a Mazda, it’s served up with natural aspiration and a manual gearbox. Plus, on the options list (and I quote) there is a £462.97 Lowering Suspension Kit. Now that’s not an option you see on most cars, but then Mazda isn’t like most manufacturers. It goes about things differently, which is why it’s a manufacturer to admire.

Should you buy one, though? After all, there’s got to be more than emotion, style and difference involved in the buying decision of what’s essentially a practical family car. That’s the question I pondered when the Mazda 6 Tourer arrived the other day.

Well, let’s start with its practicality. It has plenty of it. Under those curvaceous lines, the 6 Tourer is a big old bus. It’ll seat four, six-foot adults easily, and I mean easily. That doesn’t involve breathing in and a bout of cramp two miles in. It’ll manage to get everyone on board with head and legroom to spare. Maybe not with quite as much left over as there would be in a Skoda Superb, but not far off it. The same goes for the all-important boot. Open the tailgate and it reveals enough space for an echo – or to make that appraisal more technical, 522 litres of load space. Again, not Superb superb, but still… splendid.

Brilliant, it clears the first bar easily, and arguably it’s the most important one for a wagon: it’s a good estate car. But it’s also a lovely car to be in. Now, let me begin by telling you how much it costs for context. This car is not the cheapest version of the 6 Tourer you can buy. That would the £27,000 145hp SE-L; this one is a Sport. It has a 165hp engine and lots of lovely features: chrome-finished 19-inch alloys, a head-up display, privacy glass, a heated steering wheel and an 11-speaker Bose sound system. It isn’t basic, then, and yet it costs just £30,000. A Skoda Superb Estate SE L 1.5 TSI isn’t as well kitted out as that, and yet it costs over £2,500 more.

So the obvious conclusion, then, is that the Mazda 6 will be built like a Big Mac – you know, with half its innards falling on the floor when you open the door – using materials that have a similar sell-by date as a burger. But no. I have long held the view that the Mazda 6 should be seen not in the same league as a Skoda Superb (I love Superbs, by the way, so don’t think I am slapping them down) and Volkswagen Passat. It’s just too classy. This would do well in a consumer test against a BMW 5 Series and Mercedes E-Class, as long as you covered up the badges. It would be considered finished well for a £50k car, but at £30k, you can’t help thinking Mazda’s accountants need new calculators. True, the metal bits aren’t actually metal, but they’re a good substitute. And no, that’s not stitched leather adorning the dashboard, but it’s a nice-looking plastic alternative. So does that matter? Nope, not a jot. It looks expensive, and so do the knurled knobs, which work with a satisfying click. Even the instruments manage to look expensive with their gunmetal hue. Like the exterior, it’s elegant inside as well. It’s not a copy of the modern breed of German car, full of angry, sharp lines and jutting ledges. It’s graceful, tasteful, charming and calming to be in.

Comfortable, too. The seats have a real forgiving squidge but still hold you in place well. The driving position is great – albeit I couldn’t get the seat squab quite flat enough for my liking, but I got used to that. And look at the steering wheel, Mr BMW boss. It isn’t the girth and consistency of something in the Ann Summers catalogue. It’s thin and not too squishy, like steering wheels should be. Now here’s something for Mr VW boss to ponder as well: look at the buttons on the steering wheel. Steering wheels move, which means you’re always moving your hands around them. And the 6 Tourer doesn’t have stupid, touch-sensitive buttons that are easy to press by mistake like VW has introduced. Mazda let a sensible person design them. In fact, that sums up the usability of this car: sensible. It’s intuitive, easy to understand and operate. That includes the i-Drive-style infotainment; although I must say, the software is feeling a bit slow these days and the screen’s a tad fuzzy. When the reverse camera comes on it looks like someone’s smeared Vaseline over the lens for that sultry, ‘80s porn look.

It’s also comfortable in the way it rides. It’s not crashy or uncontrolled, so it doesn’t lummox about over potholes, but it’s still got some give in the springs to give it a plush-feeling float at times. It does very little wrong, actually, which is surprising considering the size of the wheels it’s on. Other than some secondary niggle on the specific stretches of motorway, it’s really cosseting. By the way, I am not a complete Mazda fanboy. I don’t think that because Mazda builds an MX-5 that everything it builds is sporty. I’ve driven plenty of modern Mazdas that have less bite than a gummy pensioner at the front end. This one isn’t like that, though. I don’t think it’s the greatest handling estate car I’ve driven, but it’s well above average. The steering is very manageable and easy to gel with. It generates a little bit of feel from the road surface and it’s also adroitly weighted. It’s nice. As is the 6’s grip and composure, plus the brakes aren’t just effective but easy to administer.

The clutch isn’t. I don’t know what it is about Mazdas, but its modern flock never seems to give any sense of the bite point. It’s not a major blight, but it does take the edge off proceedings. Then there’s the engine. Now, this should be one of the best bits. One of the things that has me telling you to go out, right now, and “Buy this car!” It’s naturally aspirated, remember, which means it must be brilliant. Well, it just isn’t. Like all these automotive tropes – hydraulic steering, manual gearboxes etc. – they have to actually be good to have worth. There’s no point in having them if they detract from the experience. And, sadly, the Mazda’s venerable engine does.

It would be much better if it was turbocharged. The engine has less ‘torque’ than an unconscious mute. And where’s the power? It might say 165hp on the box – and I am sure it’s in there, somewhere – but there’s no crescendo, no verve. No nothing. The rev-counter needle’s progress around that pretty dial is always long and drawn out. The car will still move along at a reasonable pace, mind, and its claimed acceleration of 9.4 seconds is not in doubt, but you have to work the gear lever manically to achieve it. Luckily, the gear lever works beautifully. It has a short throw and a pleasantly meaty gate.

You know what, though? I would still recommend you buy, or at least try, a Mazda 6 Tourer. Despite the grumbles, it’s not just a car I get excited about looking at and walking up to. I enjoy driving it as well. It really is a very classy place to be and it’s so easy to use. It’s a refreshingly simple car compared with so many newer alternatives. Cars that feel like they’ve been designed by a focus group, populated by people who had a voice but nothing valuable to say. And then the results were given to a bunch of ‘right-on’ designers, who implemented all the senselessness without stopping to inject a scintilla of common sense. This car isn’t like that. Apart from Mazda’s somewhat baffling predilection for natural aspiration, it’s got common sense running through it like ‘Blackpool’ through a stick of rock.

There’s another reason why this car should not be forgotten. In a world where the environment is front and centre of our minds, why have we swapped estates for SUVs? Estates are just as practical but smaller and sleeker, which means they need less raw materials to build them. That’s good for the environment. They’re also lighter and more aerodynamic, so they use less fuel. That’s a good thing, too. Estates are a good idea, not just a pleasing memory. But sadly a dying breed, at least the ones that don’t have a posh badge. This is one of the last analogue wagons left in our digital, SUV-obsessed age, and that’s why you should give it the thumbs up. Or better still, buy one. 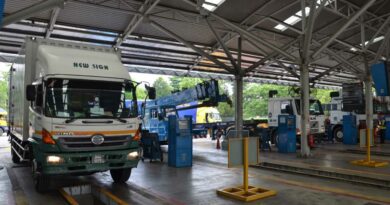 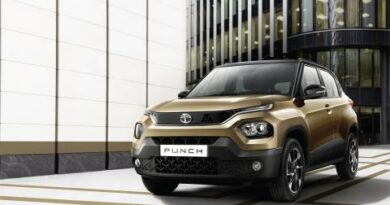 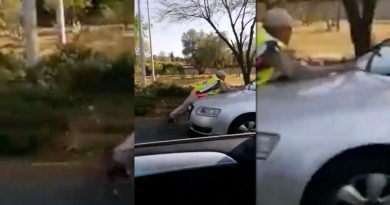