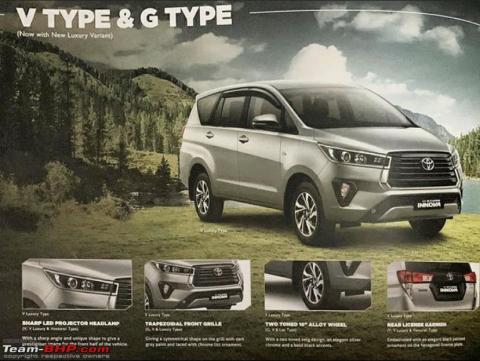 The brochures of the Toyota Innova Crysta facelift and the Innova Touring Sport have been leaked.

The Innova Crysta facelift gets a redesigned front fascia with a chrome frame. While the shape of the headlamp clusters seems unchanged, it gets new internals. The front bumper has also been redesigned. The MPV rides on 16-inch alloy wheels. At the rear, the car gets L-shaped tail lamp clusters just like the current model. However, the internals have been updated. On the inside, it comes with an air purifier, ambient lighting, captain seats, a 9-inch touchscreen head unit, and rear-seat entertainment. Safety features include rear-view camera, dual airbags, curtain airbags, knee airbags, and side airbags. It also gets vehicle stability control and hill start assist.

In international markets, the Innova will be offered in 6 airbags.

The Innova Crysta facelift has been spotted next to the current Innova.

Thanks to BHPian CEF_Beasts for sharing this with other enthusiasts. 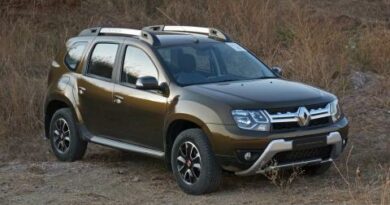 Renault Duster: Replaced front suspension for half of what ASC quoted 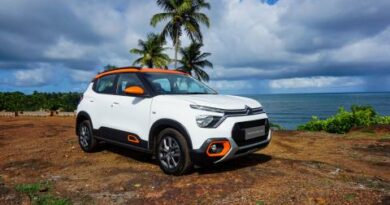 A Tata Nexon owner checks out the Citroen C3 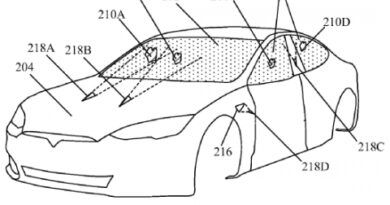 Tesla gets patent to use laser beams as windshield wipers