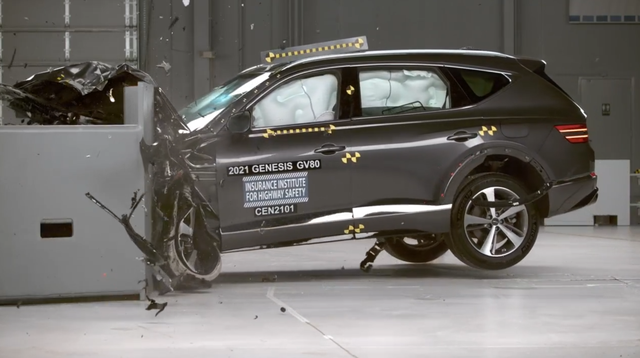 The details of Tiger Woods’ crash are still being sorted out by investigators, but in general, the world’s greatest golfer can thank more than 50 years of government-mandated safety advances that he is alive.

Woods was driving a Genesis GV80 down a relatively steep canyon road with a few big curves in it. Specifics of what happened aren’t completely clear, but the car rolled over and at one point sheared off its front end, in the process crushing Woods’ lower legs and at least one ankle. But remarkably, the rest of his body appears not to have suffered serious injuries. How was that possible?

“There’s probably a couple things in that type of violent collision that you saw,” said David Harkey, an engineer who is president of the Insurance Institute for Highway Safety. “One is he was buckled up, seatbelts are still the most important safety device that we have in a vehicle. You can add all the airbags you want to but if you that person is not properly strapped in… If you don’t have that seatbelt on, your chances of surviving are not very good in a violent collision like that one.” 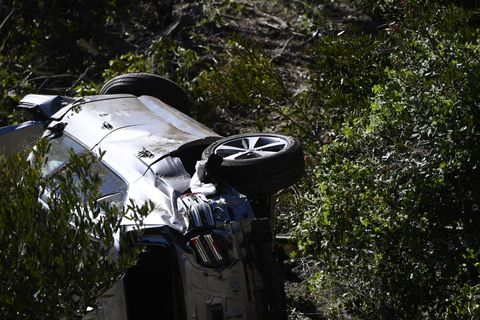 Seatbelts were mandated by the National Highway Traffic Safety Administration in 1968, though almost all the early belts were lap belts. Three-point belts came into wider use after that. People didn’t really start using them until the 1990s, but now almost everyone behind the wheel is buckled up. If not, they face a ticket and fine. Today’s seatbelts can pull you into the correct position for a crash, too, and then “give” a little to help soften the effect of an impact on your body. Almost half of fatalities today are from unbelted drivers and passengers.

The next thing that saved Woods is airbags. The Federal government required air bags in cars starting in 1998. The GV80 has 10 of them, including a new center curtain airbag that deploys between the driver and front seat passenger. It also has a knee airbag that is designed to keep the driver sitting upright in the seat to better prepare for the impact of a crash. Genesis has more than the required number of airbags in its cars.

And then there’s the structure of the car itself. Genesis built one heck of a strong passenger cell. Pages and pages of DOT, NHTSA, and FMVSS standards detail exactly how strong a car body has to be and exactly where it has to absorb energy from a crash. Then the manufacturer builds the car based on those criteria, often adding more safety than required. Safety is one of those features that is just assumed to be in “good” cars, especially from luxury brands like Genesis. 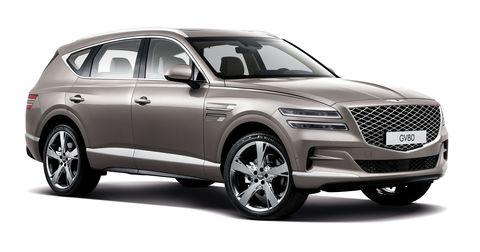 “When it comes to safety, GV80 is designed not only to offer protection to its occupants in the event of an accident, but also to keep accidents from happening at all,” said Albert Biermann, head of R&D for Genesis’ parent company, Hyundai Motors/Kia Motors.

In this case, Biermann is certainly right.

“It’s clear from looking at the images that the roof strength of this vehicle, which is one of the tests that we do, what’s really good for the vehicle to have rolled as many times as it appears to have rolled, the roof held up extremely well,” said Harkey. “And looking at the front end of that vehicle, which evidently took the brunt of the crash, a lot of the front of the vehicle now is designed to do that, it’s an energy absorbing barrier. The idea is to take the energy out of the crash before it reaches the occupant compartment. And it did that for the most part. He did have lower leg injuries, so there was some intrusion into the lower part of that occupant compartment, but for the most part, the vehicle did what it was designed to do in a crash.” 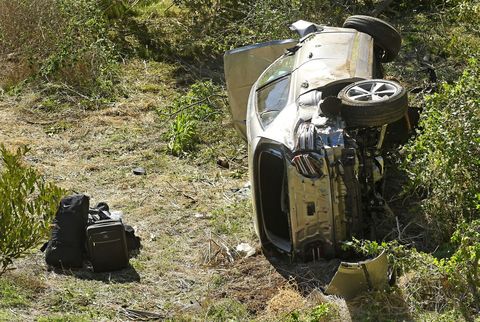 While carmakers get a lot of the credit, you have to also acknowledge the contributions of government regulations.

The Department of Transportation was founded in 1967, and the National Highway Traffic Safety Administration (NHTSA) was founded in 1970. Auto safety has taken great strides in that time, and before. Often, manufacturers take the lead in safety, which is something buyers look for in a car. Ford had safety glass on the Model T in 1928—a rock hits your windshield and the glass stays in place, albeit cracked.

The 1920s also saw the installation of four-wheel brakes instead of two-wheel. Hydraulic brakes came into common use in the 1930s. Universities, often with government funding, started crash-testing cars in the 1950s to see how injuries could be reduced. States started requiring seat belts as original equipment in cars in the 1960s, even though many of those were just lap belts.

In 1966 Congress authorized the Federal government under the Department of Transportation to set safety standards for new cars. By 1968, seat belts, padded dashboards, and other safety features were mandatory according to Federal law, even though it wasn’t until the 1990s that seat belts were widely accepted and used. By 1998 the Federal government required air bags in cars. 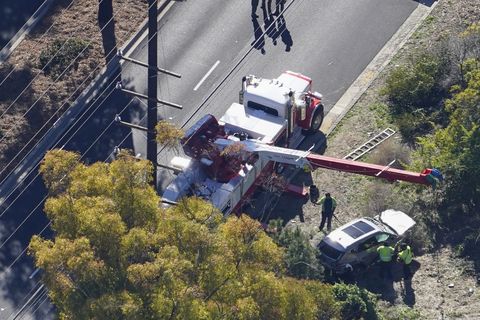 Which begs the question, what’s next in automotive safety?

Beyond that, advances will be in electronics.

“There will continue to be technologies added to the vehicle to help with safety,” Harkey said. “We’re already seeing that with some of the frontal-crash prevention systems that are out there, as well as things like rear automatic emergency braking (AEB) to help with more minor collisions, as well as the tragic collisions that involve pedestrians at times. We’re going to continue to see technology improve, so that those systems can either address additional types of collisions—for instance, they’re not really designed to handle those kinds of collisions were one of the vehicles may be turning. And so I think you’re going to continue to see those kinds of advances, you’re going to see pedestrian AEB systems that are not only going to be able to work during the daytime, but they’ll work at nighttime, which is when we have a lot of pedestrian fatalities.”

Other factors like intelligent speed assist could stop you from exceeding the speed limit in the future, which may save lives but may not be appreciated by a lot of drivers. 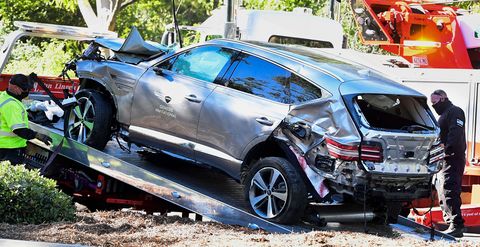 And what about safety in autonomous cars?

“It’s going to be a long time, it’s going to be decades, before we get to the point that you or I, as consumers, can go purchase a self-driving car,” Harkey said.

Cars with so-called Level 2 autonomy, that can steer between the lines and apply the throttle and brakes, are already on the market. But even though those features add convenience, they present challenges in terms of safety.

A look down the hill toward where the crash took place:

What are the greatest advances in automotive safety you’ve witnessed in your lifetime—and what would you yet like to see? Sign up to let us know in the comments below. 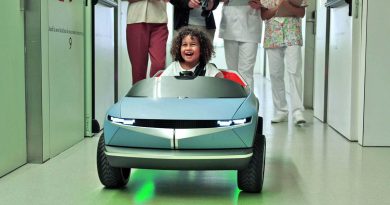 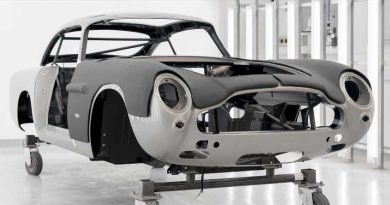 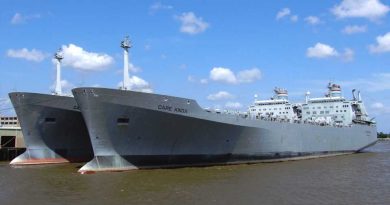