Home » News & Features » This Ship Is Carrying an Entire Electric Rally Racing Series, and It'll Be Sailing the Globe for a Year 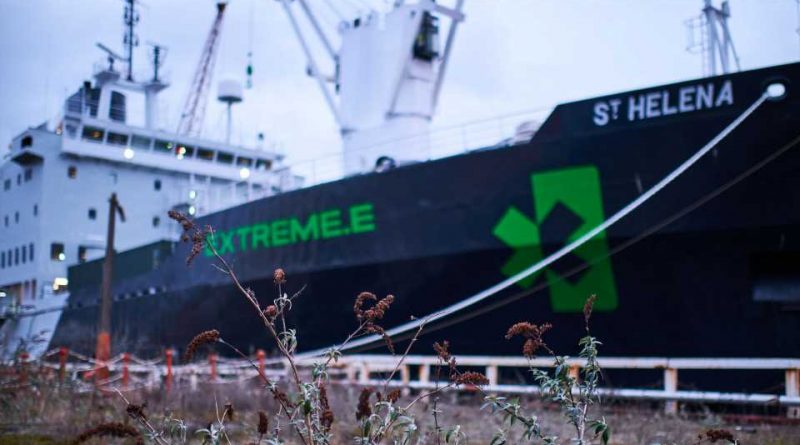 Extreme E is a fun series that’s also deadly serious. On the one hand, you’ve got Chip Ganassi dressing the series car as a reimagined alien GMC Hummer, and on the other, it’s a Lewis Hamilton-endorsed climate change documentary mission that also happens to involve race cars. Some teams have been involved for over a year, some, like Jenson Button’s, entered with barely enough time to pack its crate. But ultimately, everyone is in the same position, which is that they’re trying to predict a year of a championship like no other. Also, said championship has never happened before, and it’s now getting ready to take place while the world still deals with a full-on pandemic.

There’s been steady evolution ever since Extreme E was announced, but the core part, that the series would travel the world on a former Royal Mail postal ship the “St. Helena,” has been consistent since it launched. Designed as a floating paddock to minimize the landside impact to the places Extreme E visits, the St. Helena has been refitted to be made as green as possible— though it’s not electric, yet—and loaded up with everything it needs for the crew to go away for an entire year, race cars included. There’ll be no returning to the factory between rounds, repairs have to be done by the scant crew allowed on-site and in extreme environments and they can’t go back for spares. 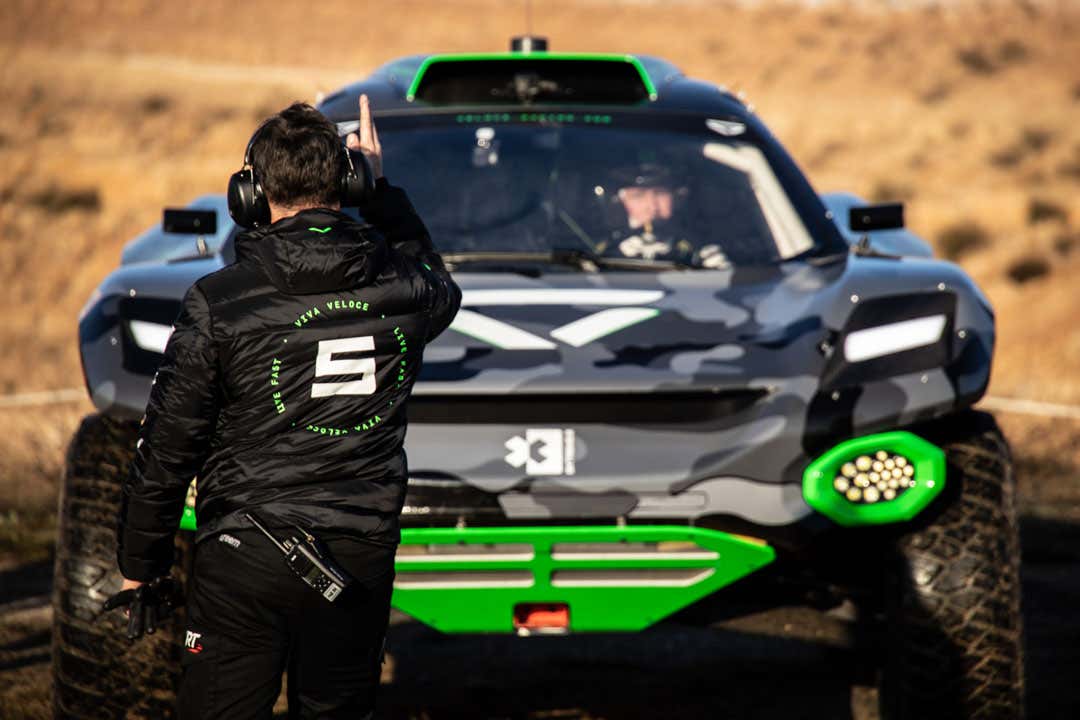 The Drive caught up with Veloce Racing team manager and rallying legend Ian Davies to find out exactly how that works.

The challenge—as much as you can nail it down to any one thing—is trying to work out exactly what you’re going to need in eight months’ time, for something you haven’t actually tried yet. Davies isn’t short of experience after more than 30 years in rallying, from Dakar to WRC and rallycross, but Extreme E has its own particular quirks.

“Somebody asked me the other day what the biggest challenge has been and I think they were expecting me to say the car,” Davies explained during frantic last-minute preparations for loading the Helena. “But actually, the biggest challenge has been creating a new championship from a blank sheet of paper. For most other sports, the precedent has already been set. For any form of rallycross, for example, if you want to start rallycross in the United States there have been rules and regulations for 30 or 40 years of the European championship to pull off. Same for rallying, touring cars or any single-seaters.”

“The concept of Extreme E is so new that, as a group of people—that’s from the investors, the stakeholders, the teams, Extreme E themselves—we’ve had to come up with everything from a blank piece of paper, and that’s the ship,  how we’re going to live, how we’re going to work on the cars, how long the cars run for, how we’re going to charge them. It’s all brand new. So that has remains the biggest challenge. We not there yet as we’re not into the first race,” Davies added.

At least with a lot of series you can tinker with your car pretty much up until race day, especially when you’re doing something brand new. In Extreme E, you can’t. They’ve just been loaded onto a boat and teams, who only received them in December, have had to wave goodbye to them and hope whatever packing measures they took against damp will hold up until next in April. 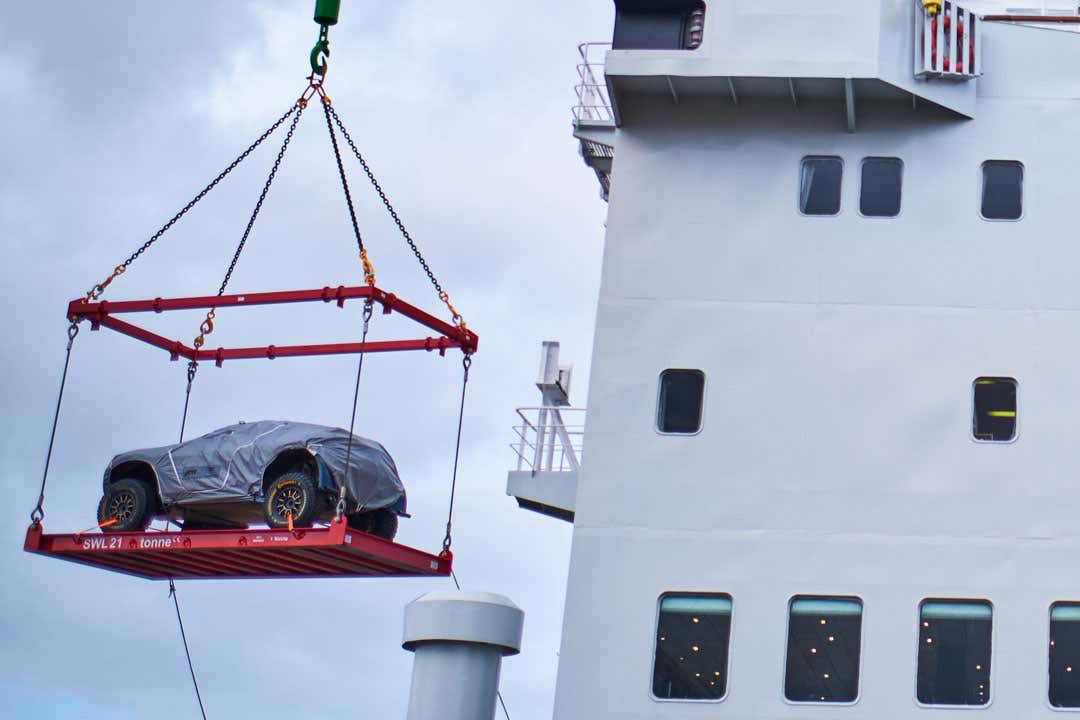 An Extreme E car is loaded onto the St Helena

Veloce were one of Extreme E’s first—and maybe more surprising—teams. Several of the other early entrants were established racing teams like Audi customer racing outfit Abt, whereas Veloce come from a background of sim racing and making internet content. An investment from two-time Formula E champion Jean-Eric Vergne set the ball rolling to a point where it decided to go real-world racing in the most nominatively and literally extreme way possible.

Legendary F1 designer Adrian Newey coming on board as it launched the race team was undeniably a profile boost, but in a series where the car is extremely cool but ultimately spec, the most important role comes down to the preparation, which Davies likened to planning for war.

“It’s like military planning. It’s about predicting what you’re going to need for each event and predicting now what we need in Argentina next December,” said Davies. “For example, it’s not so dissimilar to what we would call long haul rallying. In the World Rally Championship, a lot of that series get shipped by sea. So Mexico, Argentina, New Zealand, Australia, Japan, as it was. So I think we have that sort of experience and planning to draw on. But it is, again, about planning and prediction.

“You probably you have to overestimate what you’re going to need in season one. And then obviously in season two, we will have a much better idea of how season one played out for us. But at the end of last year, we were starting to look at the temperature in southern Argentina on the exact same week that we’ll be traveling this year. People think that we’re working on Saudi Arabia—but Saudi Arabia—to a degree, is almost done and dusted.”

Extreme E’s first event is in the dunes of Al Ula—appropriately, where the racing scenes in Star Wars: Episode 1 – The Phantom Menace were filmed. Kind of funny for a series that’s been compared to podracers. But Veloce’s planning has had to look all the way to Patagonia at the end of the year, “You know, you’re constantly working on events down the road and looking at sort of planning and weather conditions because it affects everything, even team clothing. It’s crazy, it’s not just about the car. It’s about team clothing and lights.”

Something that anyone who’s attempted to go to an international motorsport event recently, especially from the U.K. (Veloce is based in west London) will be acutely aware of, is that getting there is only half the shifting quicksand of logistics. Getting back is also Davies’ job come April.

“And now we’ve got to start worrying about quarantine and reentry into the United Kingdom, hotel quarantine if that comes into play. So, yeah, in general, there’s a lot of just things, but we have quite a bit of experience to draw on.” 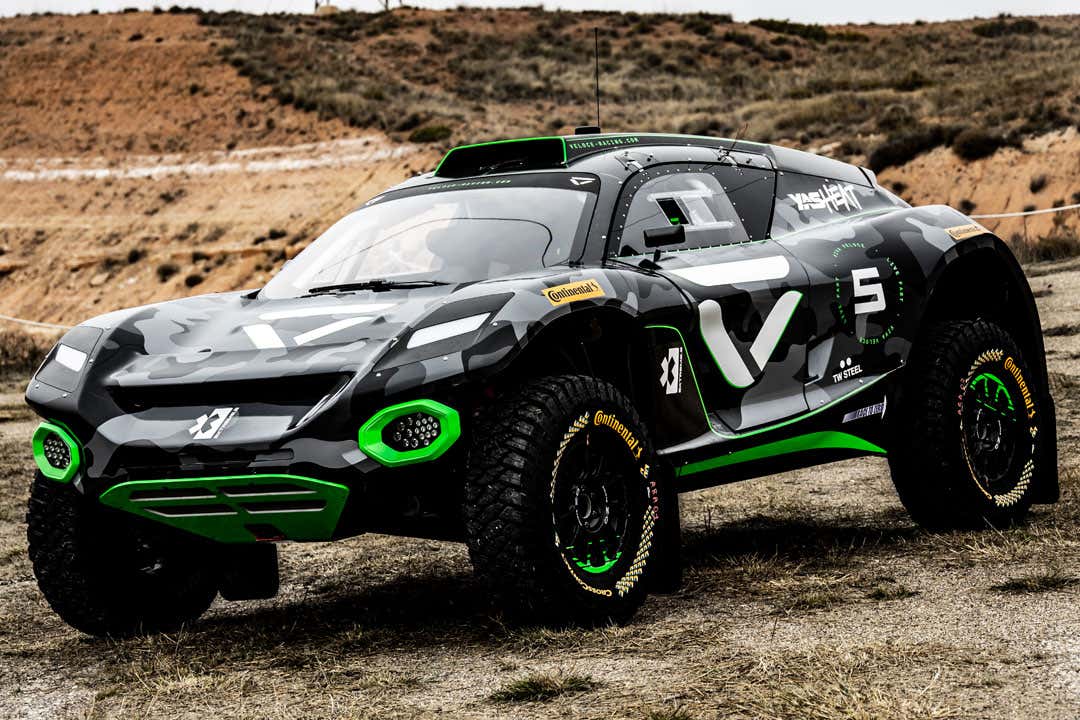 Not that getting back is the biggest personnel problem, compared to the very limited number of people who are allowed to go, to begin with. Extreme E will race on very remote and vulnerable landscapes and unlike most race series, there will be no VIPs, no spectators, no grandstands and almost no personnel.

“I think what’s not surprise me, but what is very much worth noting is the fact that in order to reduce the carbon footprint, it’s the limited number of staff members that we are allowed to take in that are allowed on site,” explained Davies. “So our team, I think we’re currently seven personnel, including the two drivers so that’s five working personnel, two drivers, and one team principal that are allowed to travel with the team.

“So out of that five that we’ve got left over in working personnel there’s myself, which takes us down to four. So we are three mechanics, one engineer and myself. Now, OK, I’m a chassis engineer by trade, which gives us a little bit of leeway, gives us a second engineer when I can and I’m not shy of picking up a few spanners if needed. But everybody that we take needs to be multitasking. In a normal race you would have a subassembly guy, you’d have a transmission guy, and everybody would have their own department to look after. Here, you have to be very careful about who you pick and who you take. And every member of staff is is multiskilled.”

“Because when they switch [drivers in Extreme E share a single car, swapping between runs of a stage] in the area where they swap, we’re allowed one mechanic. But the driver that’s being switched out of the car, they can also work on it in order to help the mechanic change the tire if there was a puncture—so that person would need to be certified. So you have to think about getting everybody in the team certified.”

Even in the luxury of the makeshift paddocks (Extreme E teams will work out of inflatable tents used by the military and humanitarian organizations that are meant to last all season), there’s not a lot of wiggle room. The St. Helena’s luggage allowance might make, given the length of time teams are packing for, most budget airlines look generous. “Everything, has to be shippable within a three metre (9’10”) by two metre (6’7″) by two metre (6’7″) pallet because that’s the whole size of what we’ve got for the entire season. That’s all the freight with us. So we have to alk about logistics, how best to do that. Connecting things using magnets and rolling then up into it and pinching. And that’s just another part. Forget everything else.”

The St Helena left Liverpool in the U.K. in late February. Extreme E will go racing for the first time on April 3-4, when the teams will find out if they packed things right. Only time will tell. 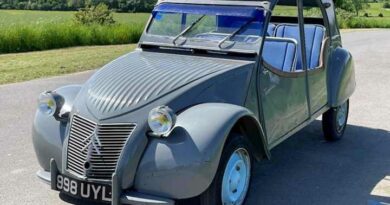 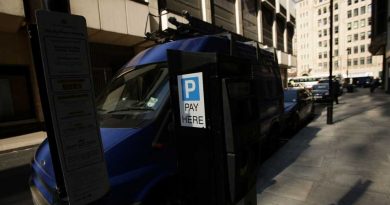