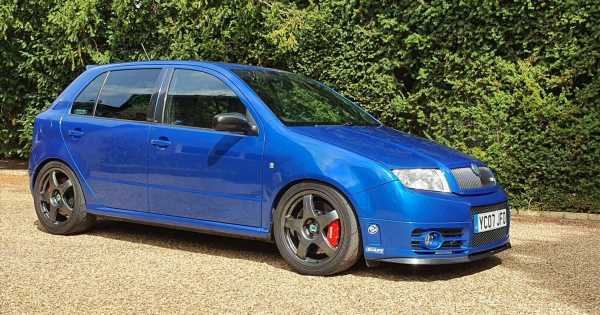 The first Skoda Fabia vRS seems quite appealing now. It was pretty unique when it came out, being a diesel-powered hot hatch in a world of petrol ones. The later generation swapped to a petrol and became a little less interesting, while Skoda hasn’t been brave enough to create a vRS of the new Fabia – just a warmed over Monte Carlo trim level.

Early examples of the Fabia vRS, powered by Volkswagen’s 1.9 TDI torque monster engine, have become pretty cheap. £5k can buy you one in really good nick. These days, most have been ‘modified’ by vaping teenagers – although often the extent of the work is a remap that makes it sound hideous and produces clouds of acrid smoke under acceleration. Not this one.

This Race Blue Fabia is now powered by a 1.8-litre turbo petrol engine that was originally plumbed into a 2005 Seat Ibiza. Well, now it’s a 1.9-litre petrol, as it’s been bored out by Jabbasport. According to the advert, it’s been fully rebuilt with forged pistons, a hybrid turbo, heavy-duty rods and a new ECU and exhaust manifold. Power now stands at 372bhp (a world away from the vRS’ original 130bhp output), in a car that weighs just 1200kg. The owner says it’s ‘extremely quick’.

The gearbox is the stock one that’s paired with the diesel engine, but rebuilt. Add-ons include a Sachs clutch, a Quaife differential and new driveshafts. The attention to detail is evident elsewhere, with adjustable coilovers and heavy-duty brakes (six-pot calipers at the front and four-pot ones at the rear). A Waxoyl seal has been applied, too.

Inside, the vRS’ original interior has been retrimmed with black leather and blue Alcantara. Even the rear seats have been swapped (to the seats from the later vRS), while the digital climate control and dash display both come from an Ibiza. A Pioneer head unit brings modern phone connectivity in the shape of Apple CarPlay and Android Auto. Everything works, apparently, including the air-conditioned glovebox.

The owner says this project was finished in 2018 and is ‘100% sorted’. They’ve covered around 10,000 miles since completion, and say that the car comes with a stack of paperwork. The build price is said to be ‘well over £30k’, which could make this car a bargain to the right person. Heck, it’s less than a brand-new base-spec Fabia.

GM Can’t Keep Up With ‘Significant’ Demand for C8 Corvette 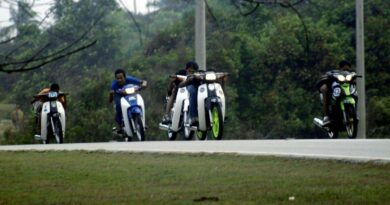 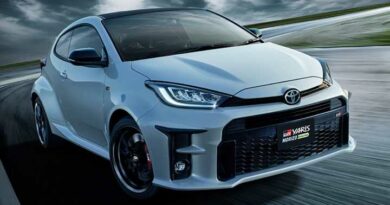