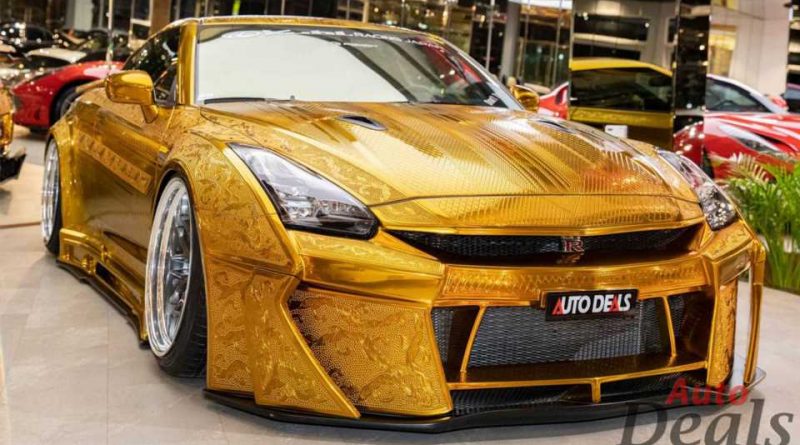 Decked out entirely in an engraved-gold bodykit, this 2014 GT-R also features aftermarket wheels, a new spoiler, an ultra-aggressive rear diffuser, and a triple-center-exit exhaust system that would actually be pretty cool if the rest of the car weren’t so outrageously gaudy. Interior and engine parts have been turned gold as well although not to the same extent as the exterior. It’s presumably the dream car of that dude who chooses to adorn his 10-year-old Altima with stick-on chrome vents and window frames from Pep Boys. 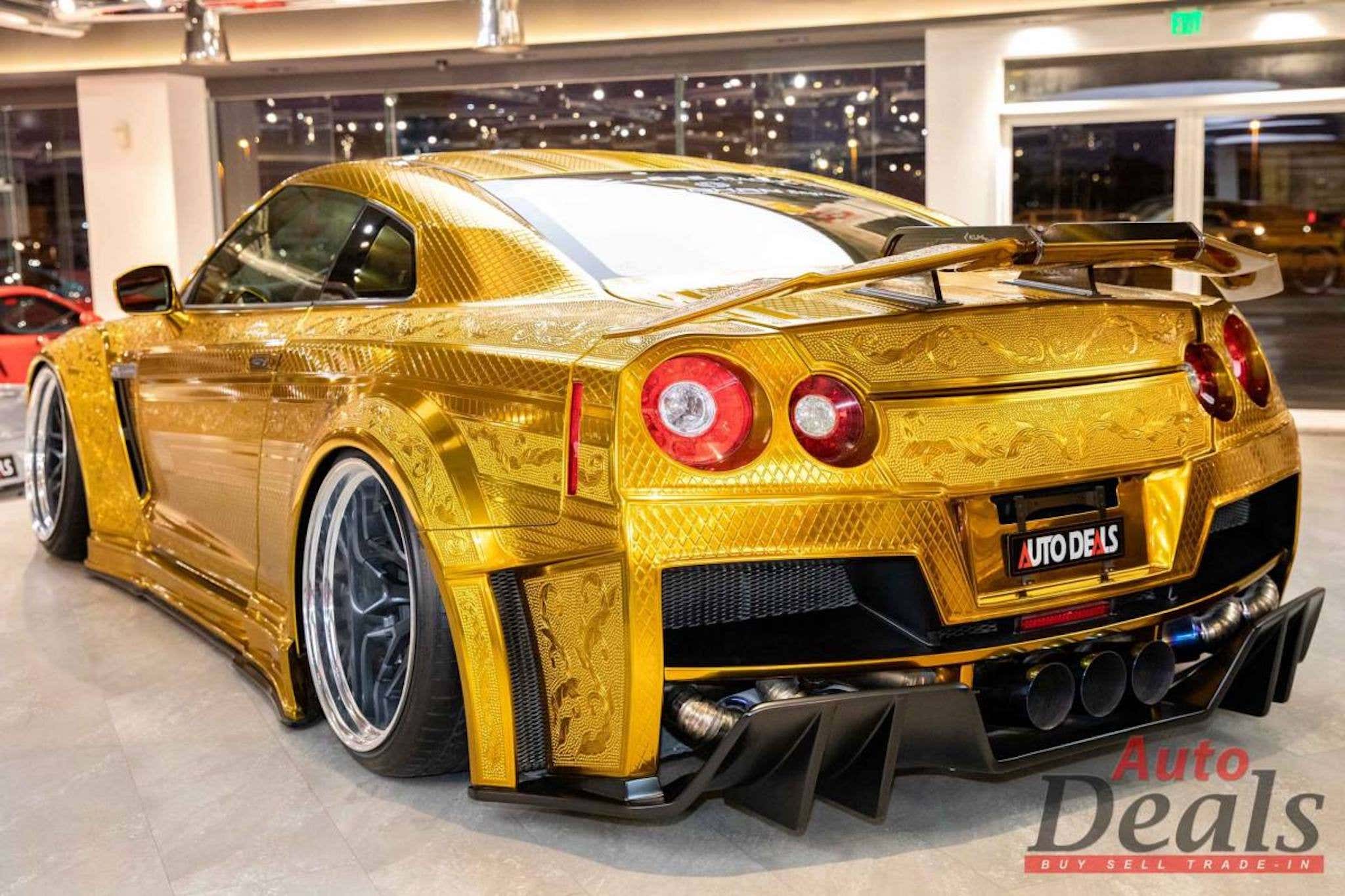 According to the listing, the odometer shows roughly 6,000 miles and the car has been modified to produce somewhere between 800 and 900 horsepower. 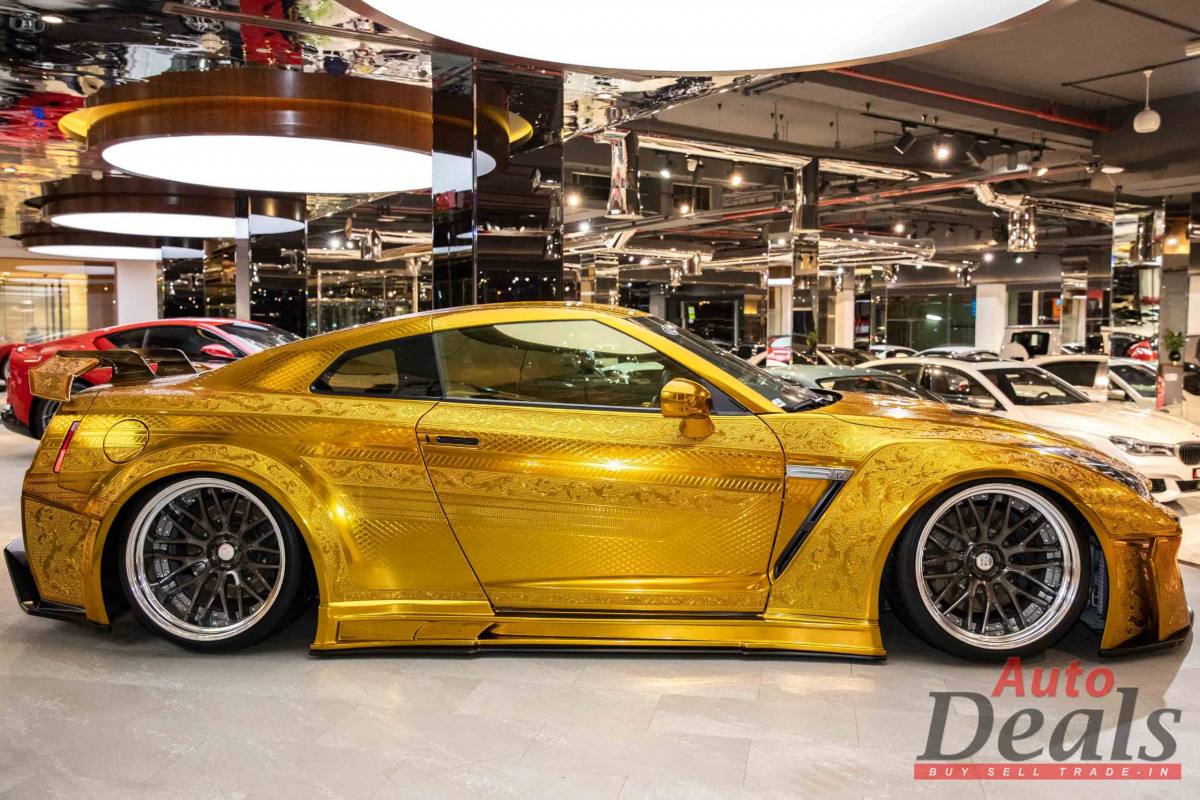 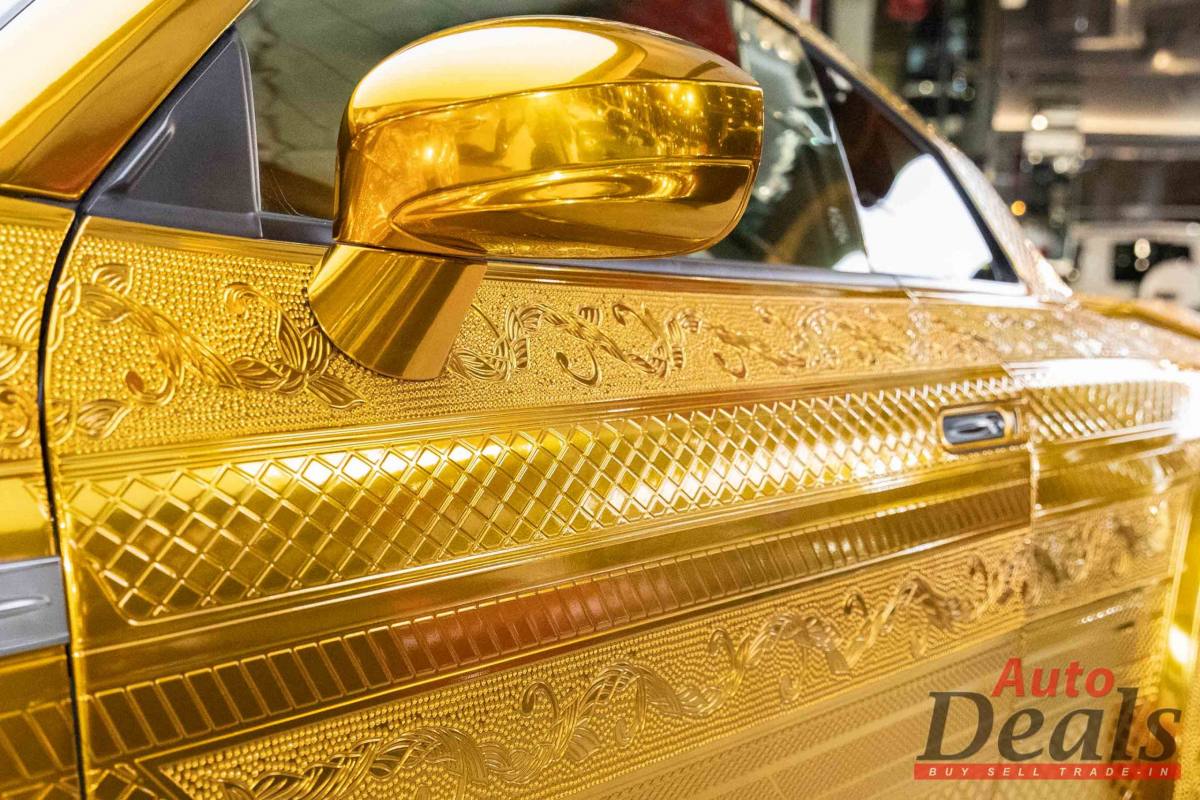 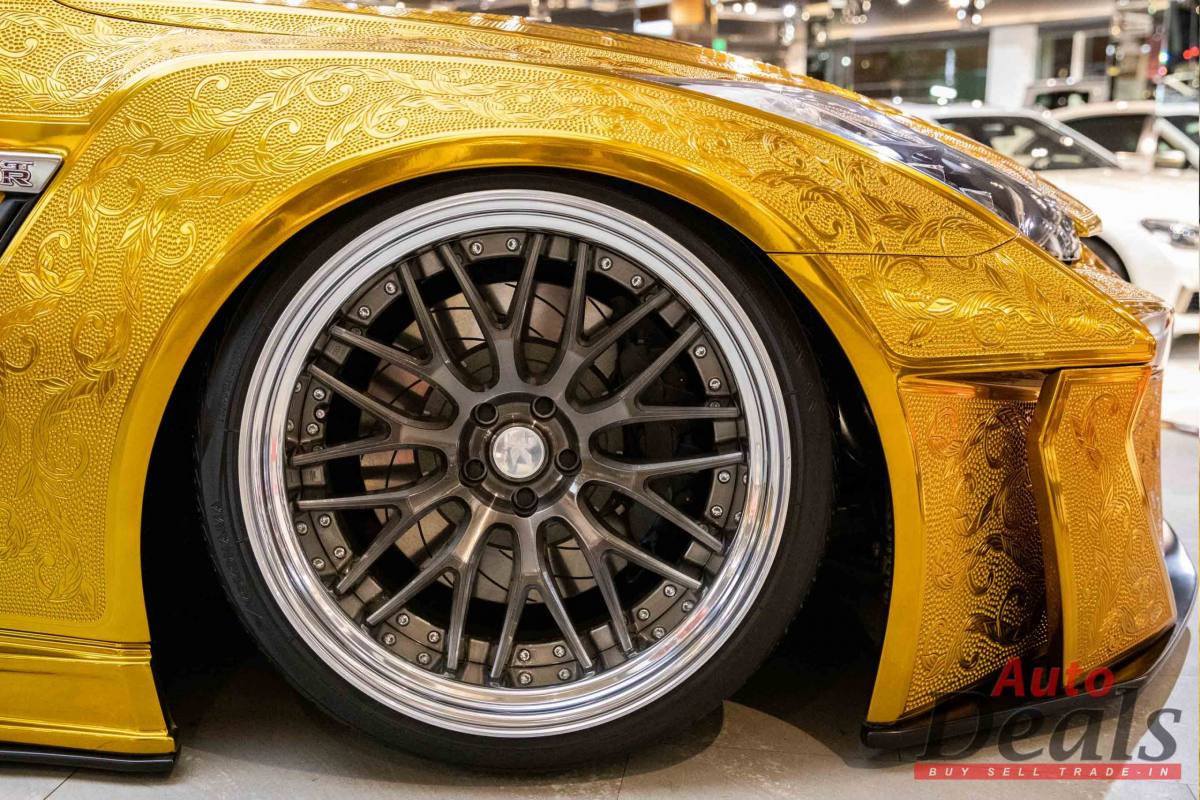 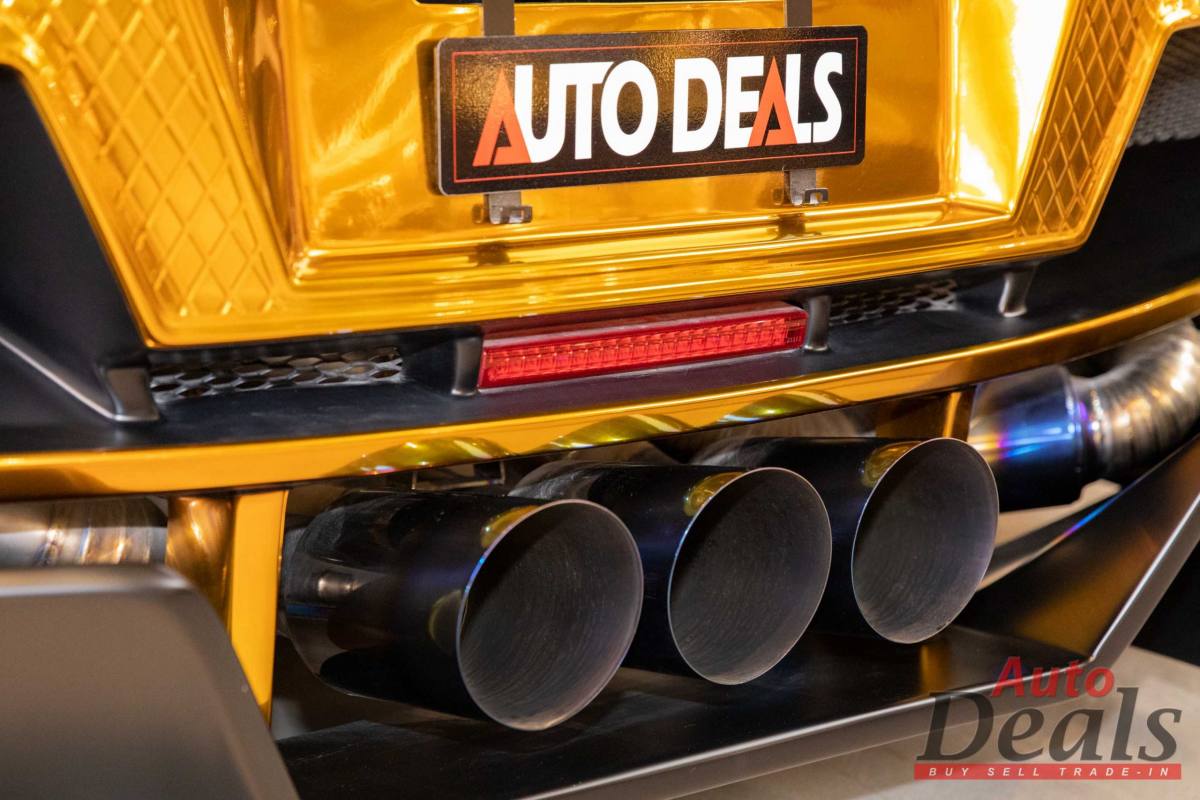 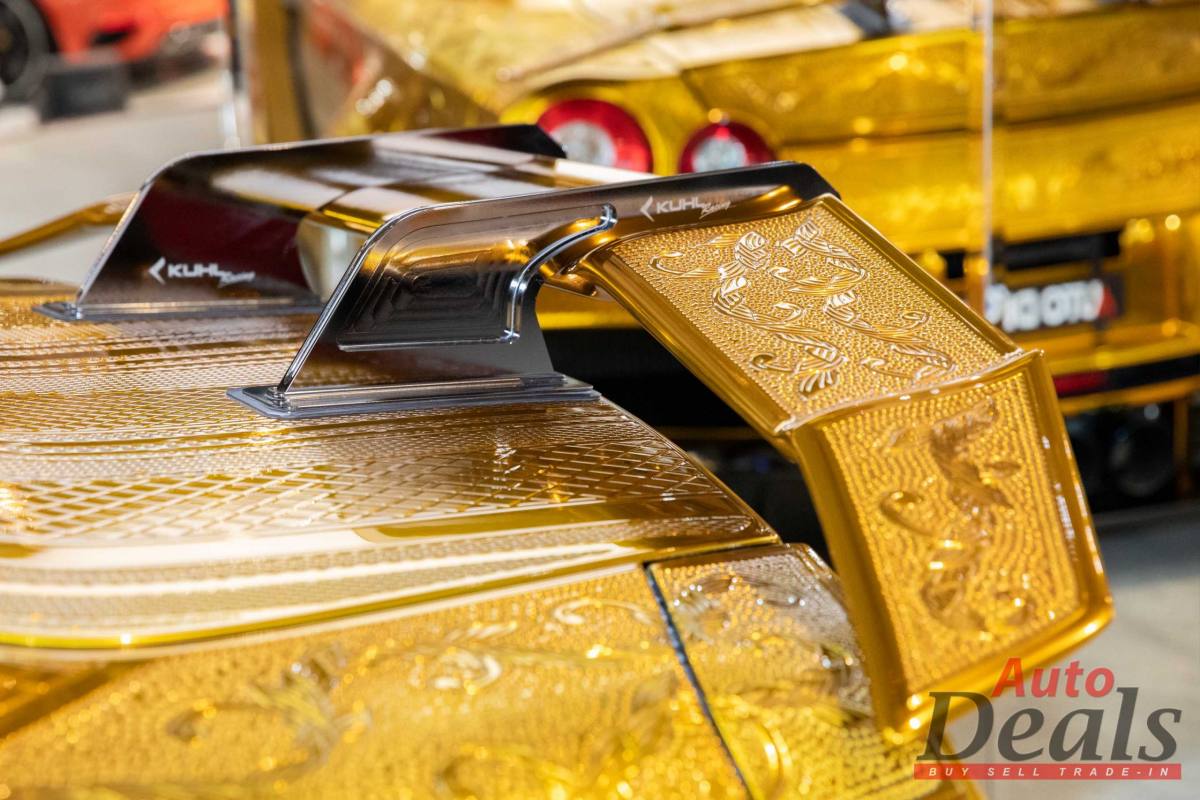 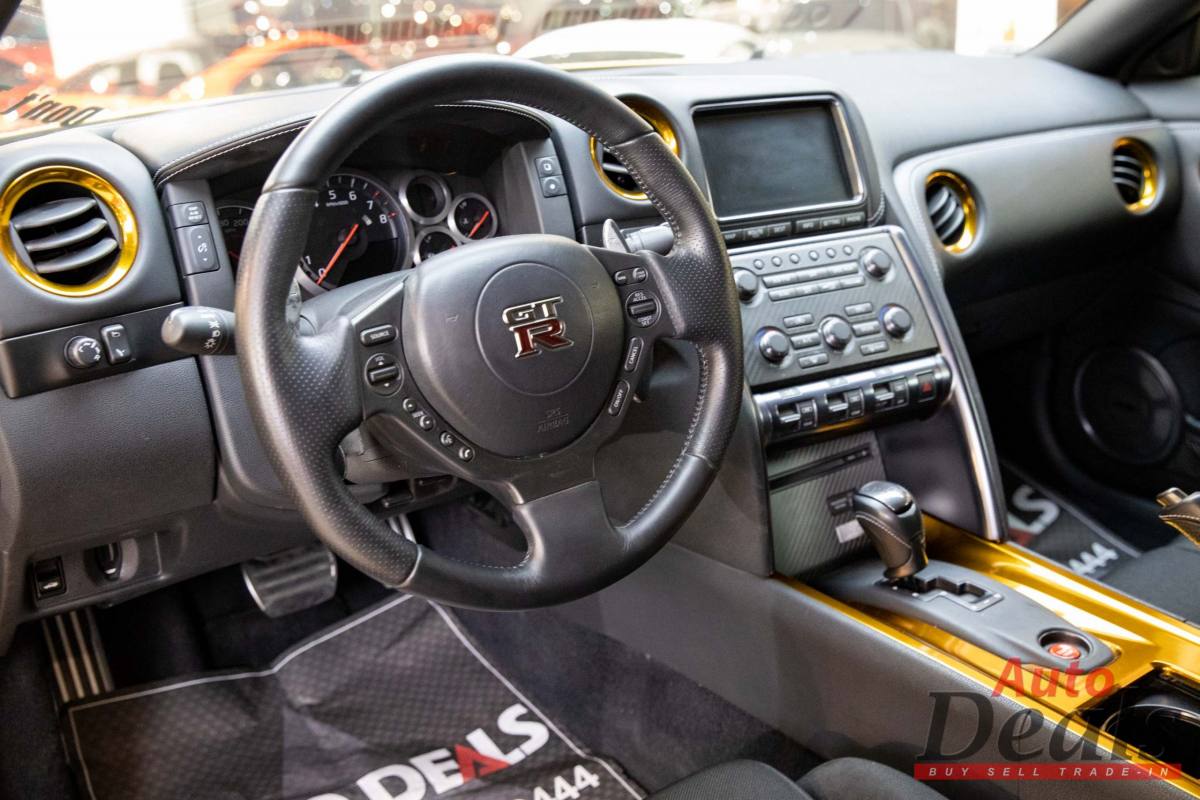 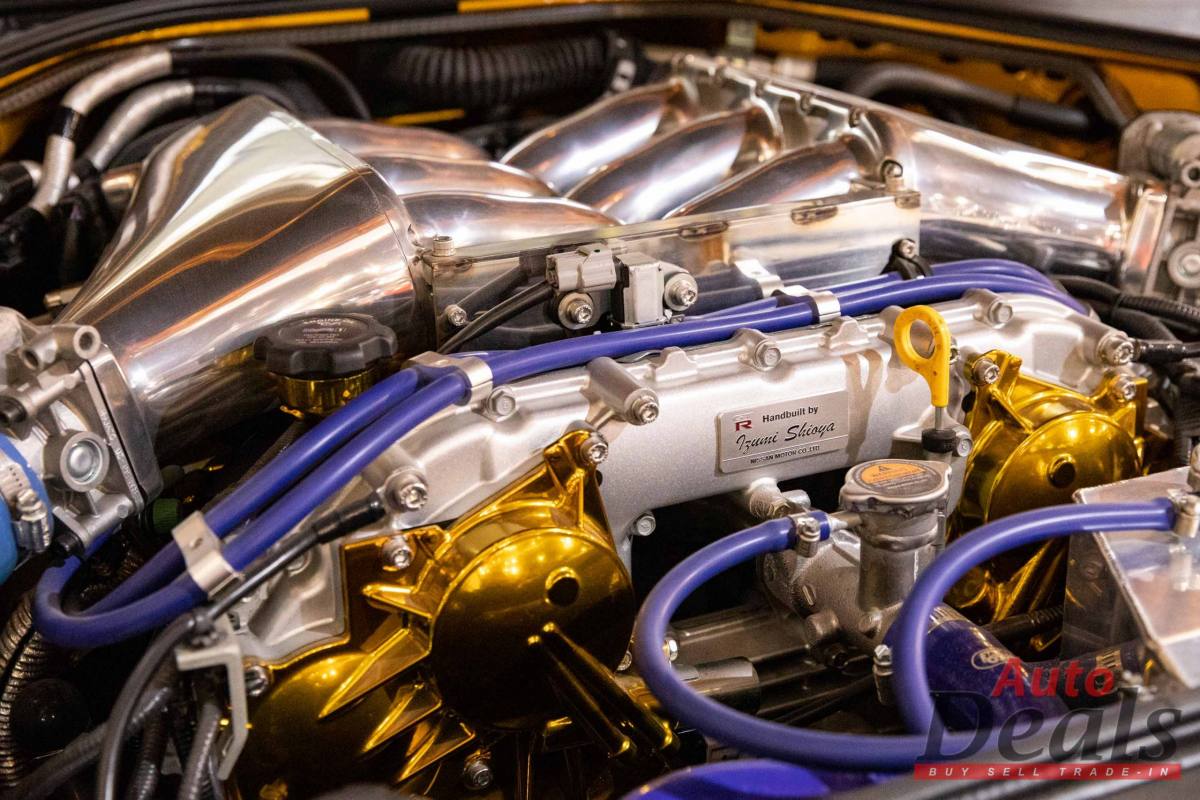 There may very well be modified Lambos out there that are just as tasteless as this, if not more so, but the reason we find this Nissan so exceptionally egregious is because it flies in the face of everything the GT-R was supposed to stand for: a humble brand taking on (and often beating) exotic supercars on the track, speaking softly while holding a big stick, and all that jazz.

Seeing it slammed and wearing nothing but a custom, bright gold embossed suit is a bit like seeing a former world-class athlete drowning in the spoils of his own success and the miseries that come with having to support his now-vapid, socialite family. He’s surrounded by shiny, fancy things but not-so-deep down, hates his life and just wants to go out and run, man. 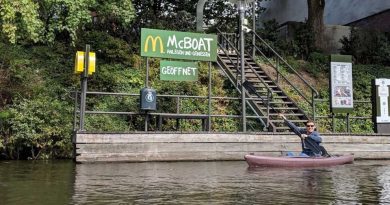 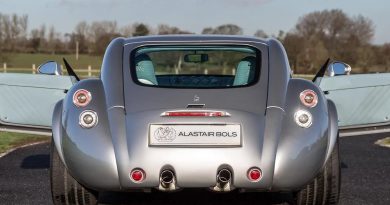