Home » News & Features » This 21-Foot-Tall Giant Is the Largest Hummer H1 on the Planet, and It Actually Drives 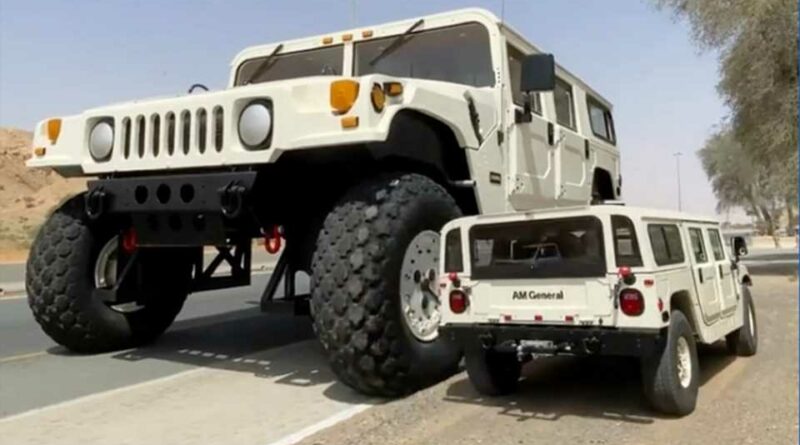 Big trucks are all the rage these days, but most of them are just jacked-up versions of regular pickups and SUVs. And while a simple lift kit can be a hassle to install, it’s child’s play compared to building a scaled-up replica that’s more than three times the size of the real thing. It ain’t easy, to put it lightly. But that didn’t stop a very rich man in the United Arab Emirates from commissioning a gigantic working Hummer H1, which was filmed on UAE roads this week absolutely towering over normal-sized traffic.

The mega-sized monster was being driven to the UAE’s Off-Road History Museum, located in the city of Sharjah. If that sounds familiar it’s because we’ve written about it before. The museum is owned by one Sheikh Hamad bin Hamdan Al Nahyan, a billionaire member of the Emirati royal family and Guinness World Record holder for the largest collection of 4×4 vehicles anywhere—718 trucks (and truckish cars), if you’re keeping score. He’s also known as the Rainbow Sheikh, and believe it or not this isn’t his first supersized vehicle. There’s also a gigantic Jeep Willys parked outside the other museum he owns, the Emirates National Auto Museum in Abu Dhabi. Some guys have all the fun. 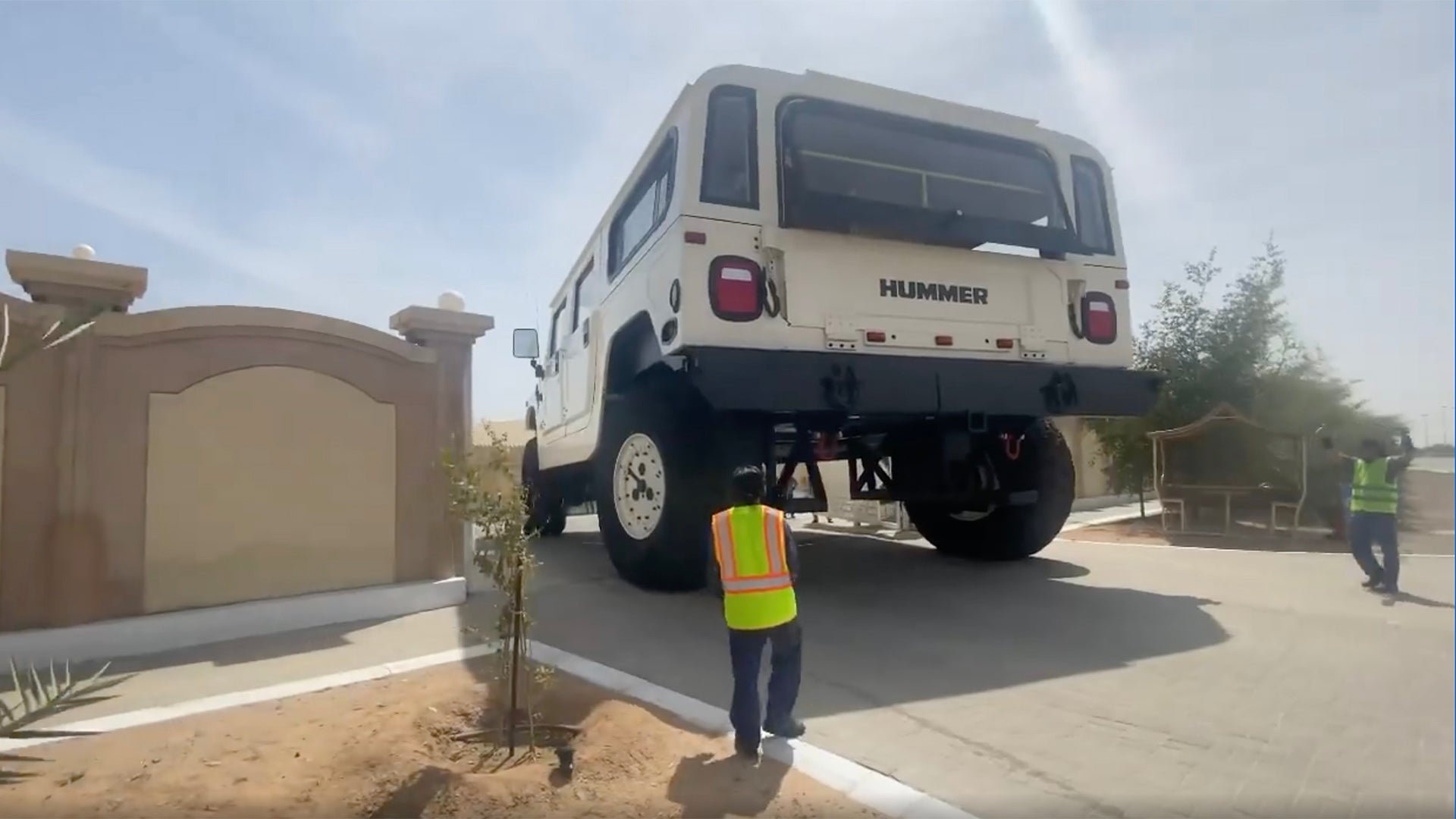 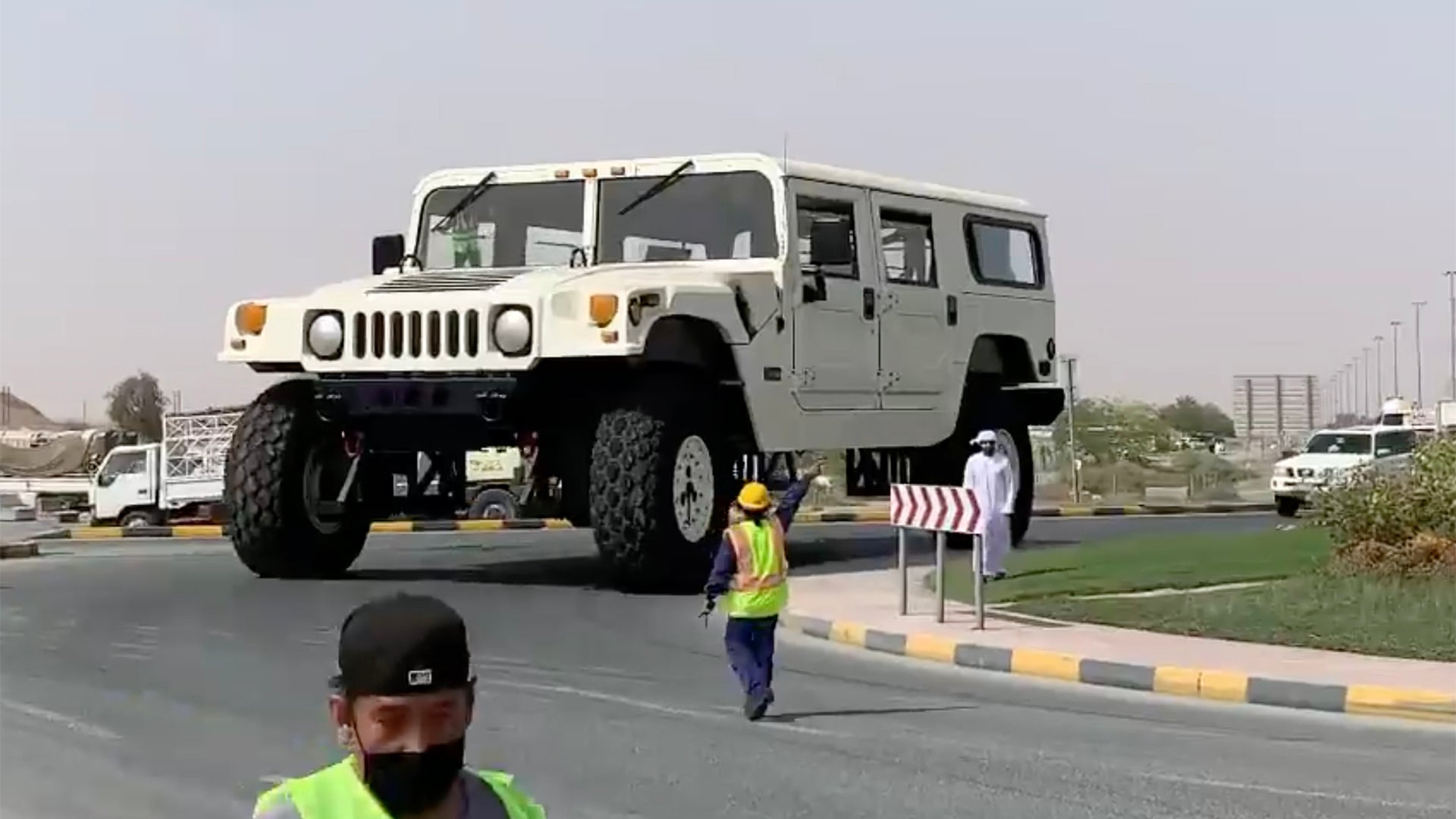 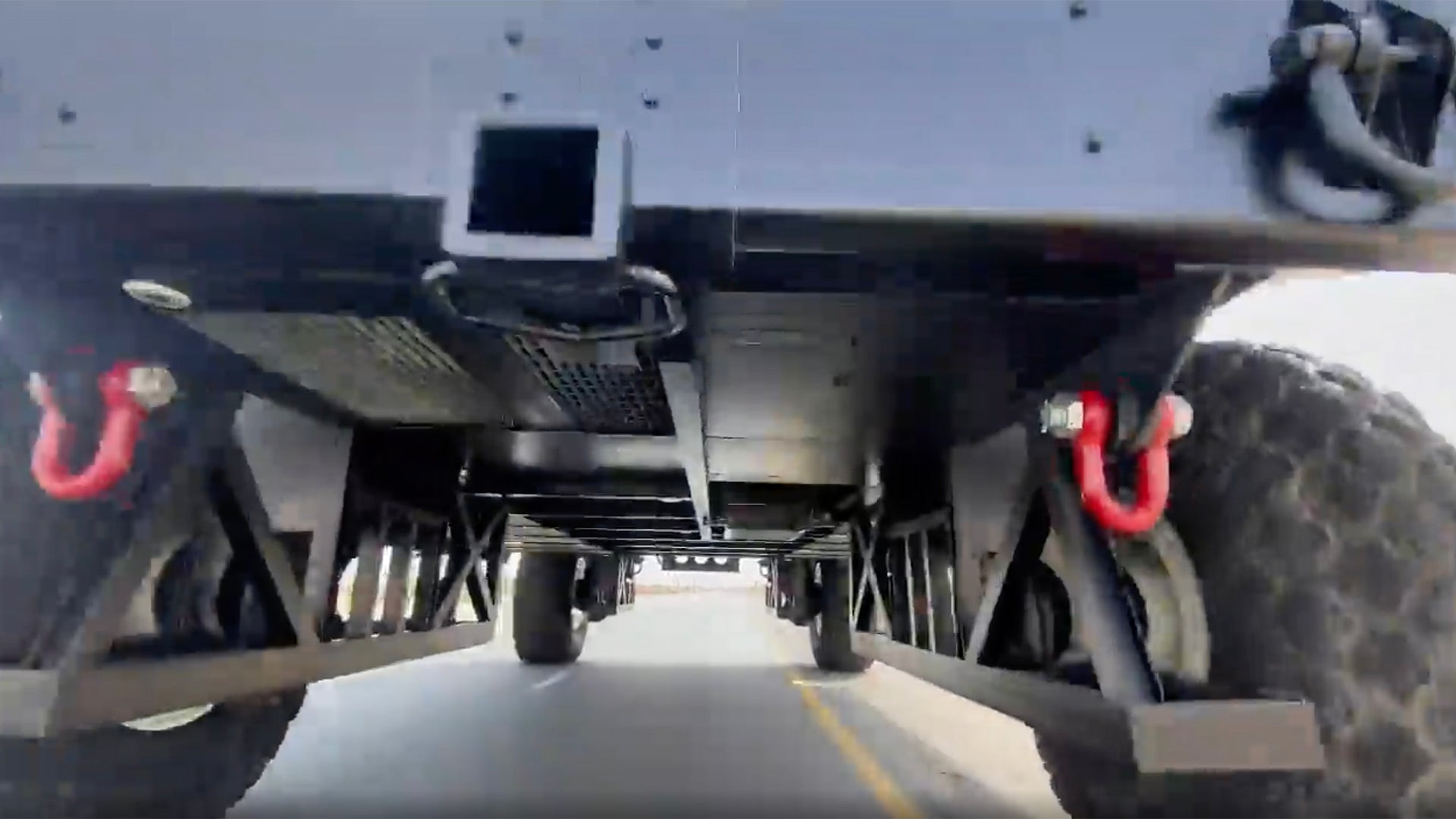 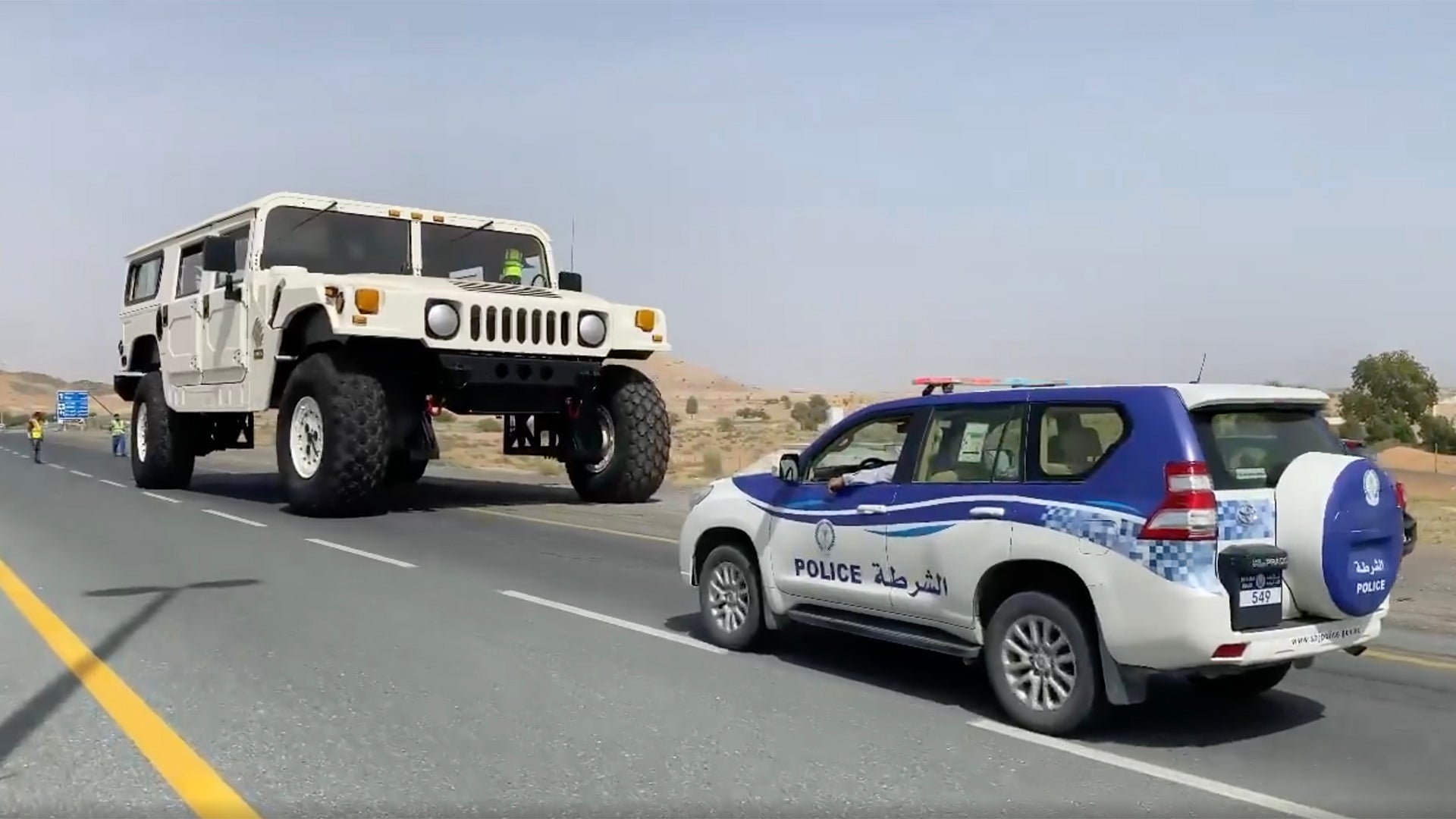 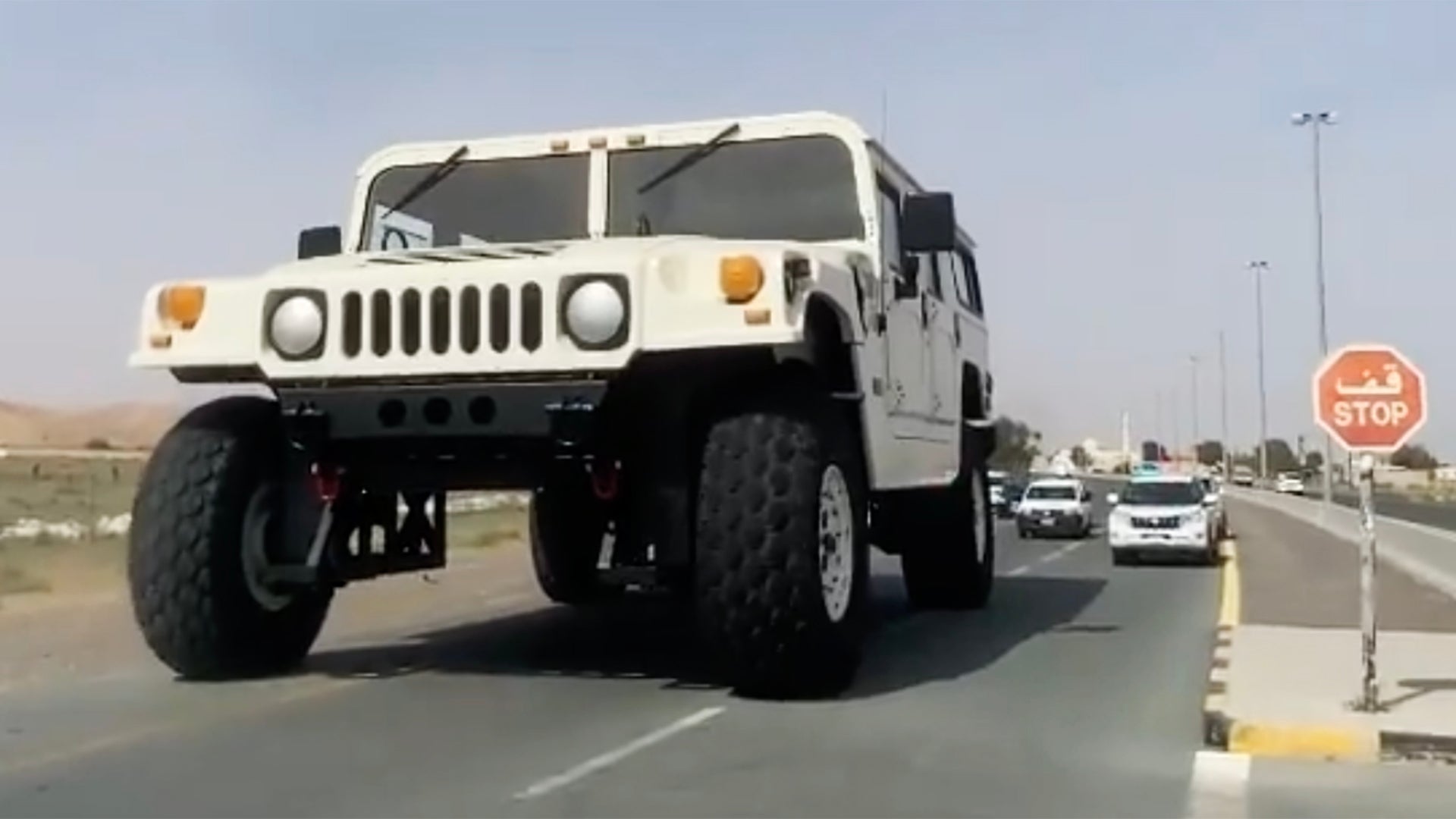 The Sheikh’s instagram account shared a few images and videos of the truck this week showing off the sheer scale of the project, as well as its incredible attention to detail. (I should note his Instagram in general is a veritable gold mine of off-road esoterica. He has some truly wild stuff.) At over 21 feet tall, nearly 46 feet long and 20 feet wide, it’s basically a real-life Canyonero. It’s also reported to be powered by four individual diesel engines, one for each wheel. Take that, Rivian!

The cabin of the massive Hummer is finished like the interior of a house, and it’s tall enough to stand inside. It seems like it’s driven either from the lower level where the engines and other mechanical components are located, or from the far rear of the upper level. Interestingly, it also has some manner of plumbing. A short video tour of the interior shows a sink and a toilet in the lower level. The toilet isn’t closed off by a door or anything, though, so I hope you aren’t shy. 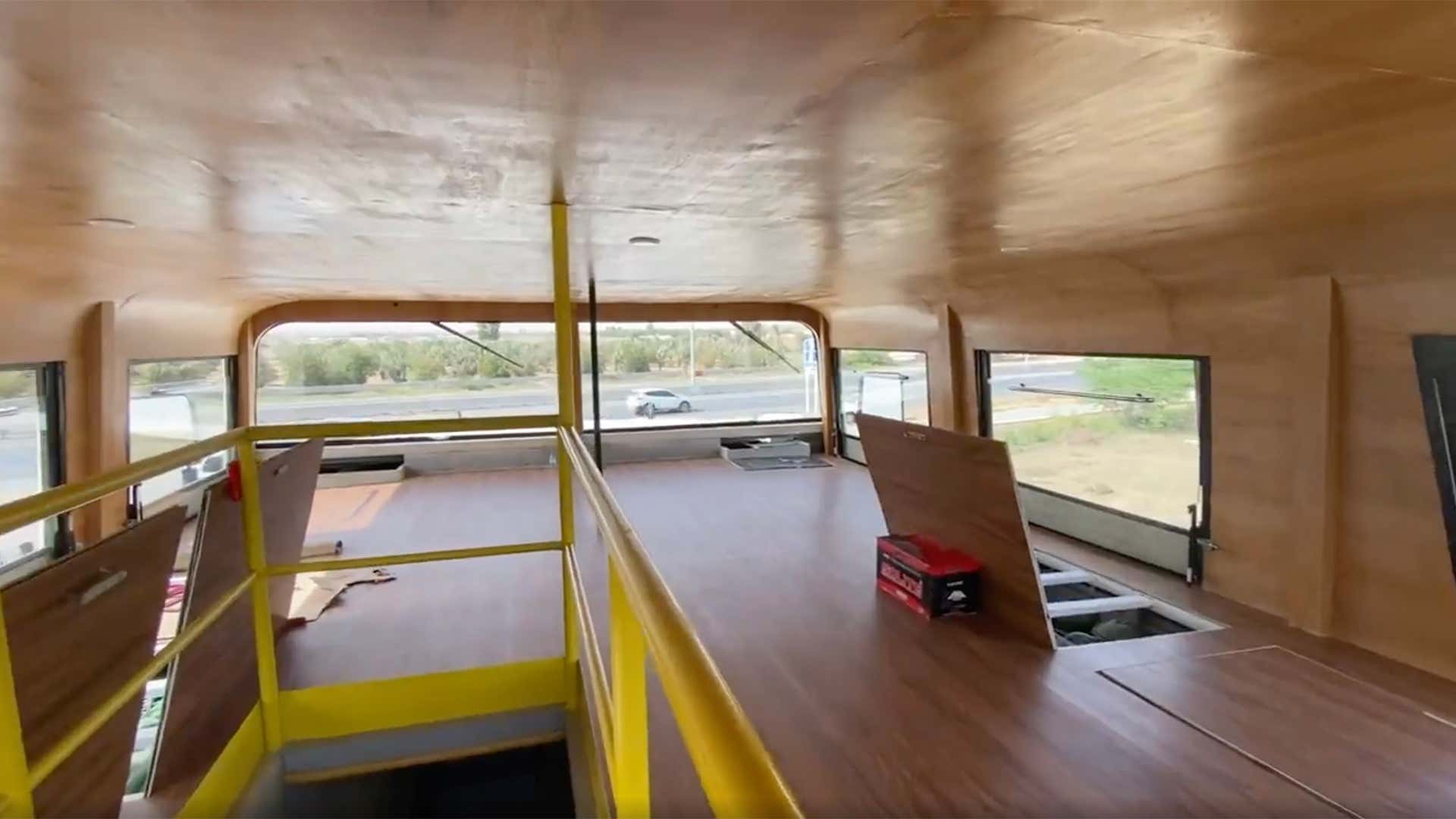 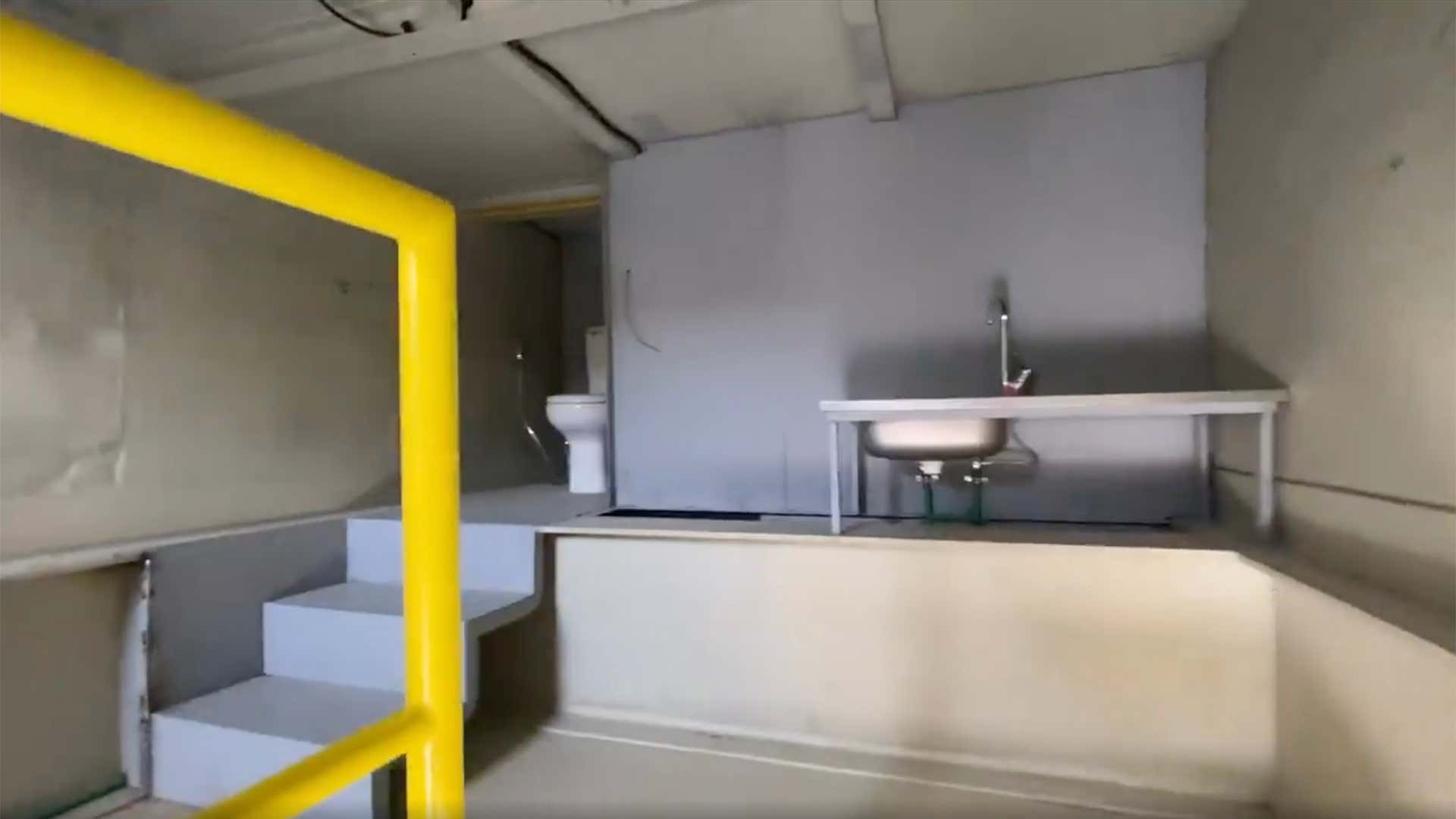 In-depth mechanical details of the build are seemingly in short supply after a little research, but the video shows that it has some form of rear-axle steering. One thing I do notice is that the vehicle seems to lack any sort of suspension, instead employing a setup kind of similar to rudimentary portal axles. The videos are too dark to see exactly how exactly the engines are driving the wheels, whether it’s a huge belt, a chain, or a gear system. I think the wheels and tires are from a LARC-LX built by LeTourneau, but I could be wrong. The massive amphibious vehicles were sold to the public after they were retired from military use, and they’re a relatively popular source for huge wheels and tires for upscaled builds like this.

In any case, even though it’s headed for a museum, I think what we all want to see is more of this vehicle out and about, as it clearly has some off-roading potential, being over 21 feet tall. We’ll keep digging for more details. 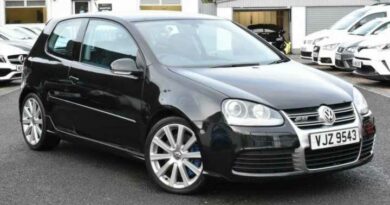 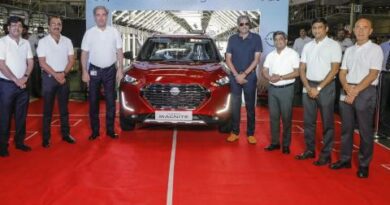 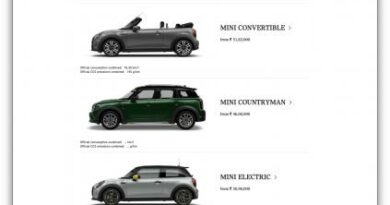