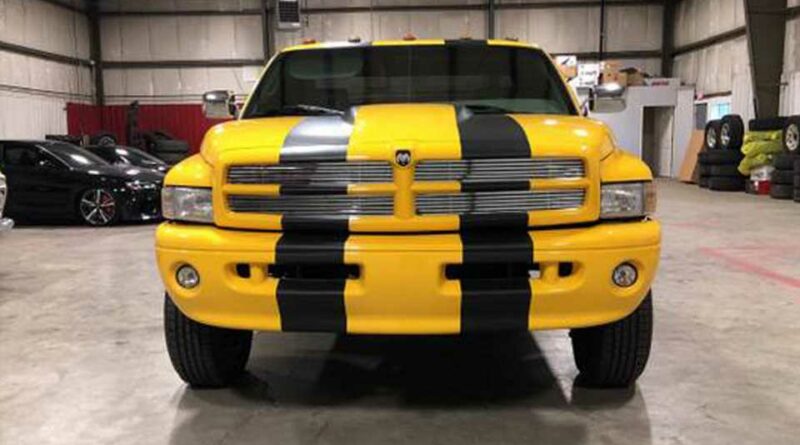 Nobody looks at a full-size dually pickup and says, “Nah, that’s too small.” They aren’t easy to maneuver as-is and making them a foot wider certainly wouldn’t help the cause. The person behind this 1997 Dodge Ram 3500 wanted their truck to be unique, though, so instead of installing train horns and big wheels like everyone else, they went ahead and added even more girth to its already planted stance. Now you can nab it for your own collection if you’d like.

Luckily, this wasn’t a hack job where they added some extra sheet metal on one side and called it good. Rather, a shop spent 1,400 hours making it look factory fresh—even the interior was custom-made to fill out the extra space. 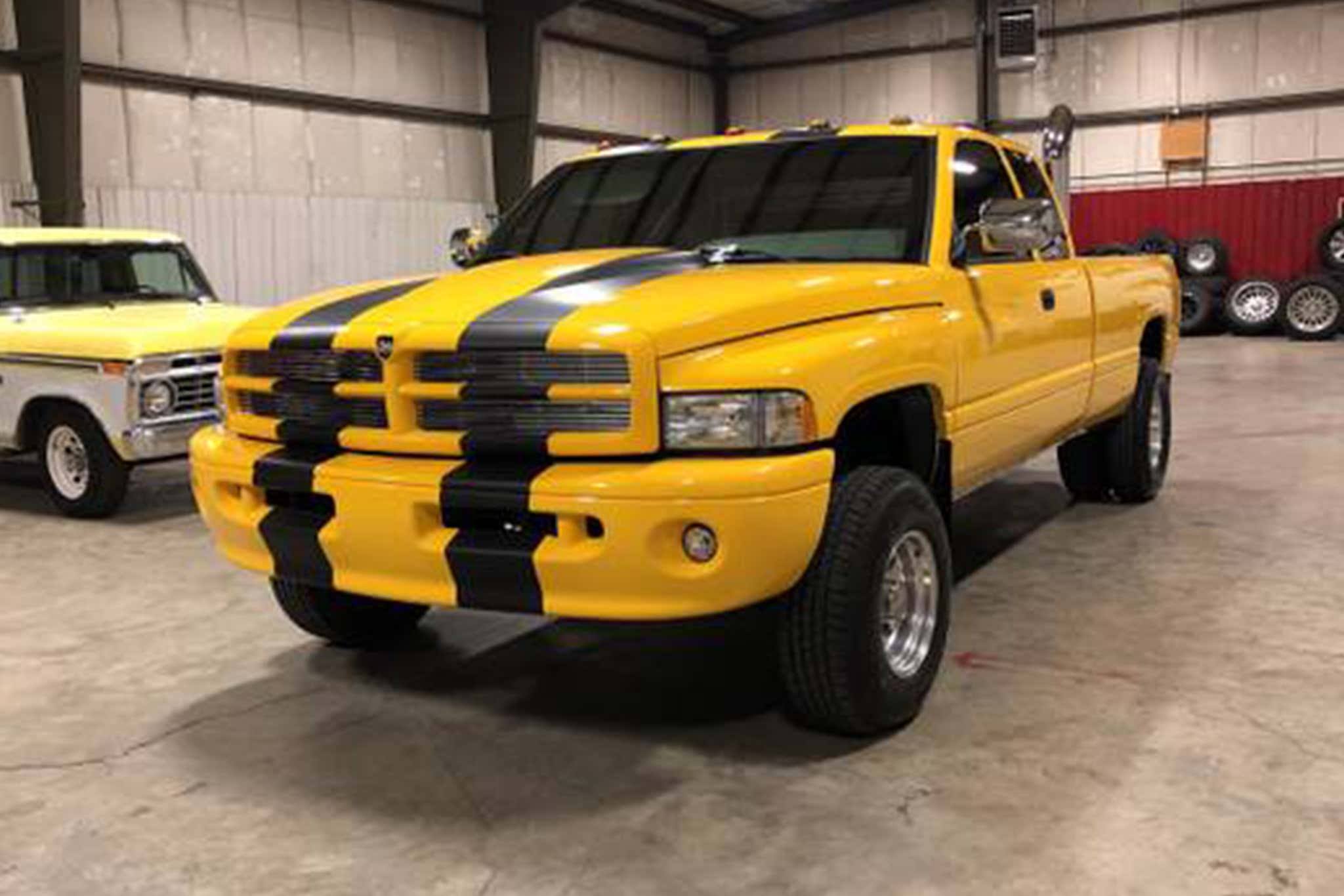 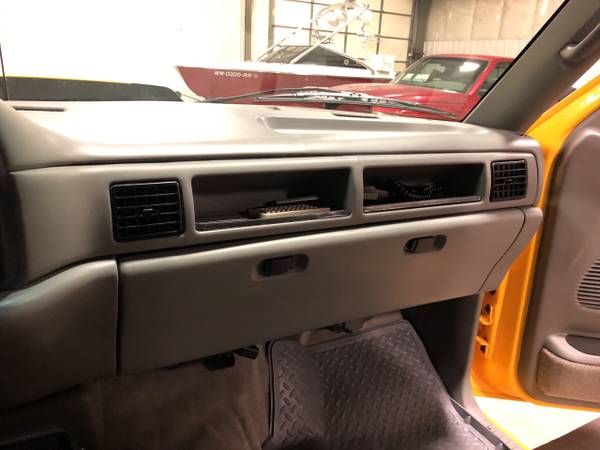 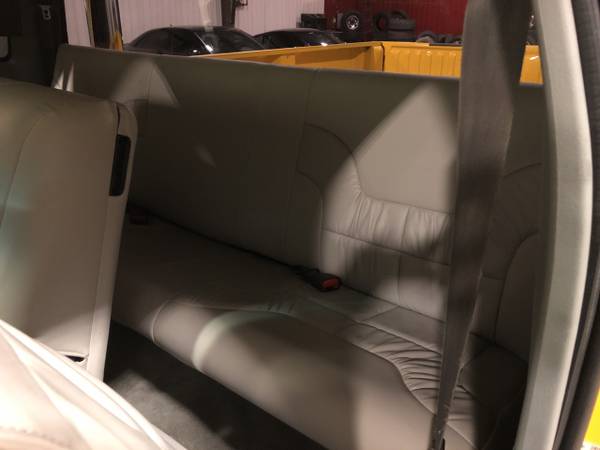 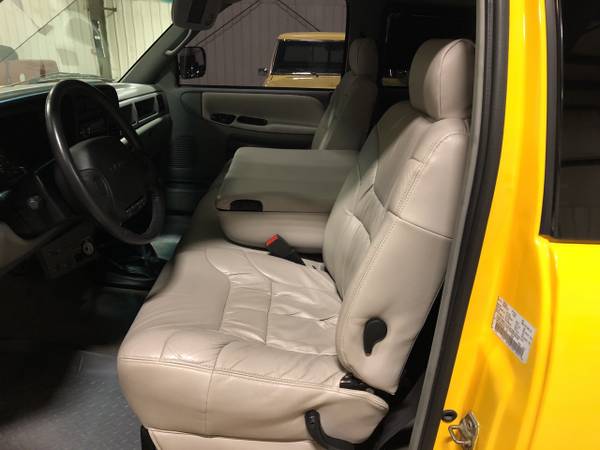 If your road trip was made up of nothing but interstates, this would surely be a comfy truck to complete it in. Look at the fold-down center console for the front bench seat—that’s got to be a reupholstered couch cushion, right? Even the dashboard was masterfully done with dual glovebox handles and storage cubbies in between the passenger-side vents.

We could spend more time talking about the TV monitors inside or the two-piece windshield, but let’s move on to the exterior. If the online materials are correct, this truck measured 93.8 inches wide from the factory; now, it should be more than 105 inches wide. And since the entire truck’s extremities have been stretched, there’s no need for protruding fenders out back, giving the illusion that it’s a single-rear-wheel Cummins. That’s not the case, though, as it wears two pairs of 16- by 6-inch wheels on the rear axle. 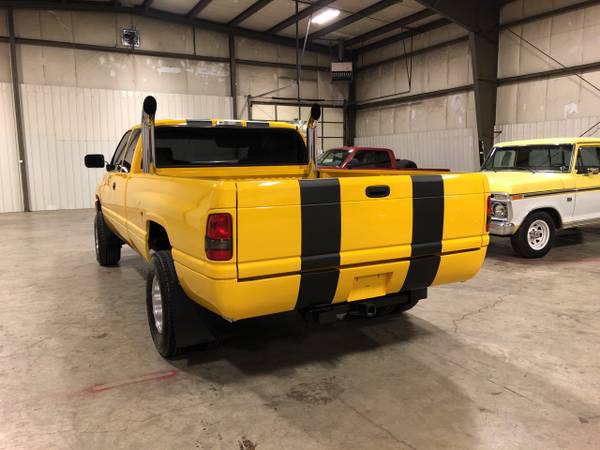 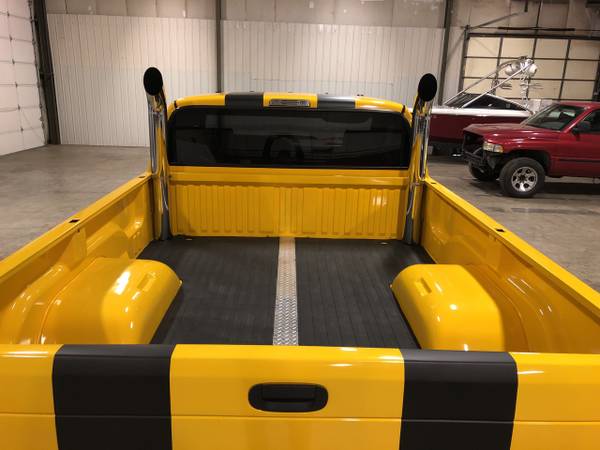 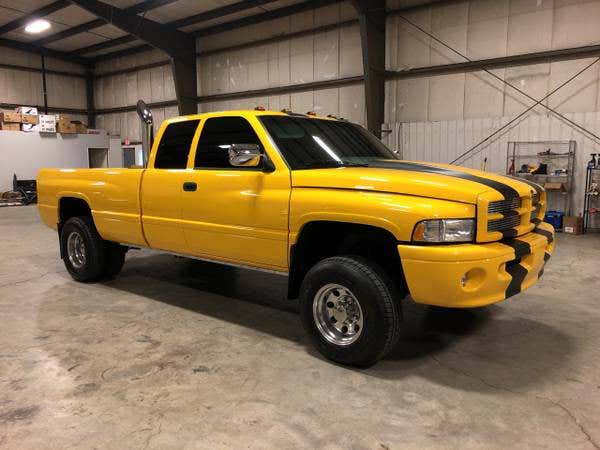 The same 5.9-liter, 12-valve, diesel inline-six is under the hood even though there’s probably enough room for two of them now. That’d just be overkill, though. It sends power through a five-speed Weller manual transmission and ends up at the rear axle, which rolls with 3.54 gears, perfect for highway cruising. Should you need traction at all four corners, you can engage the two-speed NV241 HD transfer case with shift-on-the-fly hubs.

It’s a single-owner truck with less than 79,000 miles on the odometer. Listed on Craigslist with a price of $31,999, it might be worth more if it were stock given the current market for untouched, used pickups. That’s neither here nor there, though, as this surely cost a ton to complete back in the day. If you want endless internet points for falling on a sword no one else wants to fall on, this may be the vehicle to do it with. 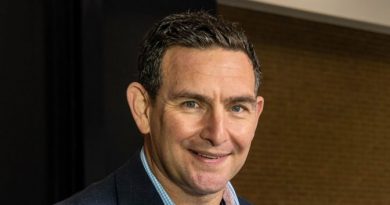 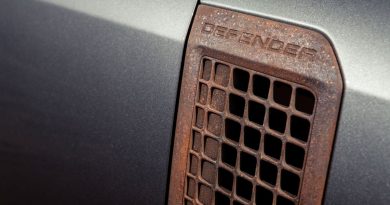 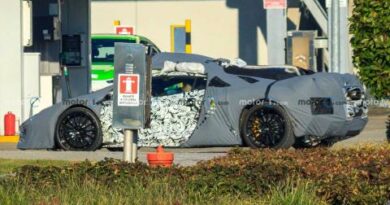