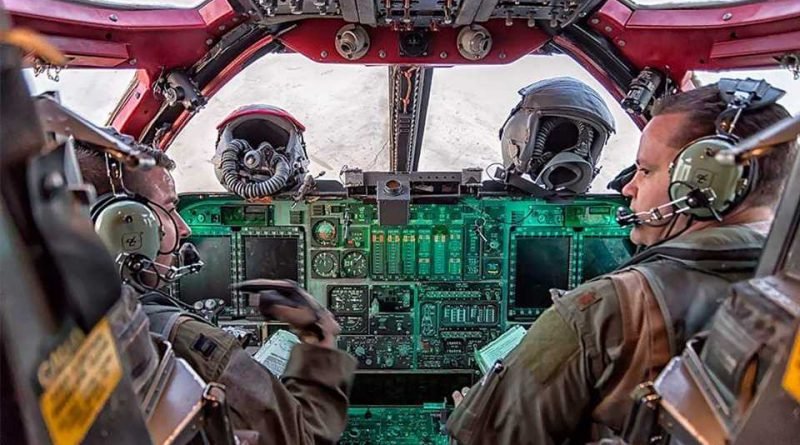 Dutch aviation photographer Roelof-Jan Gort recently posted photos on social media from his visit to RAF Fairford where he got a close-up look at B-1Bs operating from there in support of exercise Baltic Operations (BALTOPS) 2018. Some of the photos show the crew inside a B-1B cockpit as they prepare for a mission. What’s unique about the photos is the standard gray cladding that usually encases the interior of the B-1’s cockpit aren’t there. In their place are red ones the likes of which I have never seen before. The motif definitely gives the ‘Bone’s’ cabin a sci-feel, looking more like a personal transport for a Star Wars villain than something you would find on a monochromatic USAF flight line.

This B-1B clearly received the latest avionics upgrade that gives its crew a partial ‘glass’ cockpit, better connectivity, and a slew of other enhancements. Could this be some sort of a new standard feature? But why?

Doing it one off seemed somewhat unlikely concerning the strict rules surrounding colored modifications to aircraft in the USAF and just how clean it looks in the photos.

In an attempt to solve the mystery, I reached out to a source with many years of experience in the B-1B community.

The source conveyed to me that it appears as if the crew chief of this B-1B went all out ‘decorating’ their jet and that minor interior modifications are allowed as long as they don’t distract from the mission or functionality of the aircraft. Some unique paint, stickers, slogans, and creative grip tape arrangements can be found on various airframes. Still, this is one heck of an extensive and detailed job and looks as if it came from the factory in the photographs, which is a testament to the those who spent the time creating and installing it.

The 34th Bomb Squadron from Ellsworth AFB in South Dakota—also known by their nickname, the Thunderbirds—is who this jet belongs to. The unit has one of the richest histories of any squadron in the USAF. Its founding dates back to 1917 and it was directly involved in the Doolittle Raid on Japan in retaliation to the infamous attack on Pearl Harbor. The unit’s crest and tail-band are predominately deep red in color, so bringing those tones into the cockpit would definitely be a cool manifestation of the squadron’s esprit de corps.

The red definitely makes more sense when you look at the historic squadron’s colors.

So there you have it, folks. There’s a B-1B out there in the wild with a crimson cockpit!

Make sure to read Roelof-Jan Gort’s full article on the B-1B’s participation in BALTOPS ’18 here, there are some fantastic images in there! 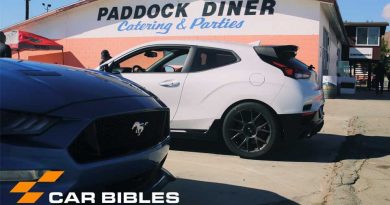 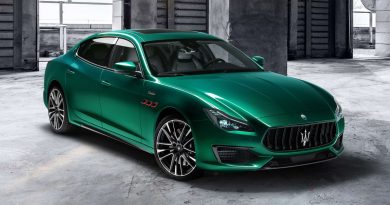 Acura’s NSX Is Not Going Gently Into That Good Night