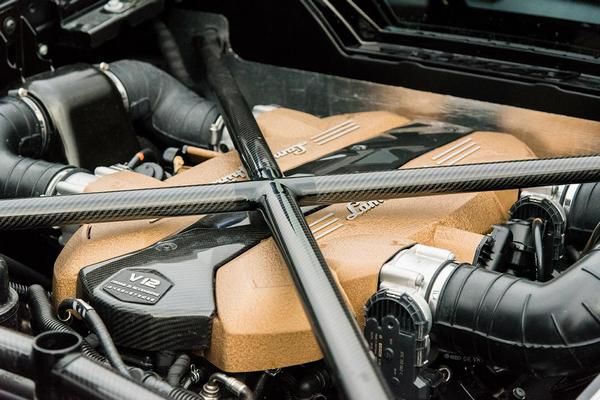 It's not hard for glass-half-empty supercar fans to find themselves sobbing into their 50th percentile tankards these days. We've known electrification was coming for a while, but now it seems a whole lot closer and set to arrive a whole lot quicker; the time when even the most exotic road cars are allowed to combine combustion with ion propulsion will be limited. And well before reaching that sad end point CO2 reduction targets seem to be sending most of the segment's makers rushing to downsize powerplants and increase hybridization.

But while many are charging towards this brave new future, others are taking a more cautious pace. In the case of Lamborghini, one that will allow the company to extend the life of its glorious naturally-aspirated V12 for another product generation. That's got to be a reason to be happy, right?

Lamborghini's long-serving Chief Technical Officer Maurizio Reggiani is, like most of those who buy his brand's sports cars, an unashamed lover of both big engines and natural aspiration. And although the replacement for the long-lived Aventador is set to be hybridized, the star of its powertrain will continue to be a self-breathing 12-cylinder engine.

"The V12 has been part of the story of Lamborghini since the very beginning," Reggiani said on the drive of the prototype Huracan STO at Nardo. "It has been present in every year of our history, which is why our strategy and our vision for the future is to continue to have a V12 coupled with a hybrid motor."

Lamborghini has already been dropping hints in this direction with the supercapacitor-fitted Sian, but the Aventador's replacement will need a much more significant level of electric assistance.

Reggiani's unashamed defence of the V12 puts him in a small minority these days, even among senior supercar engineers. Bentley, currently the world's biggest maker of 12-cylinder engines, has recently confirmed that it will be exclusively offering plug-in hybrids and EVs within five years, and that it will build its last combustion engine before the end of this decade.

Aston Martin is still building small numbers of V12s, but the recent announcement of a deeper technical collaboration with Mercedes suggests the medium-term future of the Cologne-built engine is less than rosy. Apart from Ferrari, the only other supercar options offering V12s come with seven-figure pricetags and tiny production volumes: Pagani and the forthcoming Cosworth-engined Aston Martin Valkyrie and GMA T.50.

While most rival V12s are already turbocharged, Reggiani insists that natural aspiration is equally important to the character of a top-end Lamborghini.

"When I started working in Modena the people I learned from told me that naturally aspirated engines are how you prove engineering is good," Reggiani explained, "because nothing helps you – you must be able to suck as much air as possible and then, based only on this, put more fuel inside the combustion chamber to generate power."

Reggiani knows plenty about forced induction, too – one of his first jobs was working on the quad-turbo V12 of the Bugatti EB110, and he insists that the Urus's turbocharged V8 is the right engine for a vehicle requiring so much torque. But when it comes to supercars, natural aspiration will always be the purists' choice.

"If you have a machine to push air it becomes more a question of the structure of the engine and how much boost it can take," he says, "with a big enough turbo you can produce almost any output."

The other benefits of natural aspiration are throttle response and also, Reggiani says, a soundtrack that can't be beaten. "When you have a turbo it acts as a damper on the sound, like a muffler," he says, "it is filtered by the turbo and you end up trying to use artificial sound to reproduce what should be spontaneous and natural."

Reggiani concedes that electrical assistance will add mass to the future powerplants, but it will also bring other engineering advantages. An electric motor can fill-in to produce instant torque in the low-rev hinterland where even sizeable naturally aspirated engines are weak. And the prospect of an electrically powered front axle – likely working in conjunction with an e-motor between engine and gearbox – also removes the need to package a propshaft and gives the possibility of biasing output through a pair of motors at the sharp end.

"If you have the possibility to use an electric front axle with torque vectoring left and right you can do something truly exceptional in terms of helping the driver for traction and handling," Reggiani says; something that experience of the Ferrari SF90 has already confirmed.

Senior car engineers tend to be more analytical than emotional, but with Reggiani this is definitely something he feels genuine passion about.

"For a purist, for a lover of engineering, an engine with a regular firing order is perfection, and with a V12 you have for every sixty degrees a spark and everything is self balancing," he says, "the voice, the sound, the emotion, the very soul of our car will be based on the naturally aspirated V12 engine."

In a world that will be full of turbocharged alternatives with V8 or even V6 engines, there's also a strong rational argument for offering something so gloriously different in this emotion-driven segment. We'll be seeing the Aventador's replacement next year; don't be surprised if it goes straight to the top of your EuroMillions wishlist. 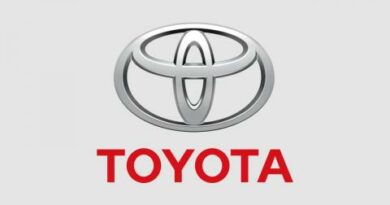 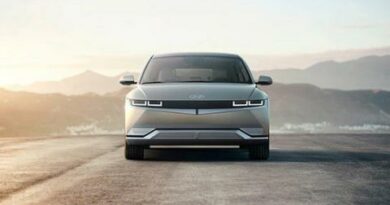 Hyundai confirms it is developing an entry-level EV for Europe