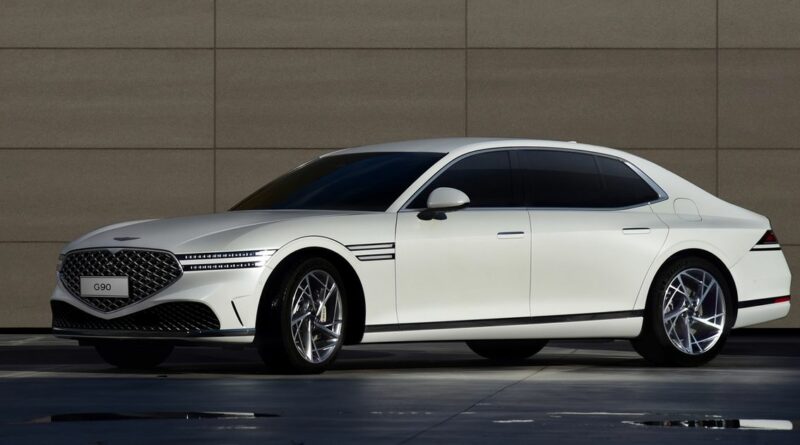 Would you buy this car over something like a Mercedes S-Class, Audi A8 or BMW 7-series? Hyundai‘s luxury division Genesis certainly hopes a fair few people will. It’s the latest G90, the sub-brand’s extra-luxurious flagship. This isn’t a proper reveal, rather a dump of images of the outside plus a handful of details. We’re promised more at a later date.

It’s arguably the best-looking car we’ve had from Genesis yet, with a less anonymous shape than the G70 and a tidier rear than the G80. It’s a clean, elegant design, in stark contrast to some of the needlessly aggressive, deliberately provocative stuff we’ve seen lately from some of the German brands Genesis intends to take on.

Key features include ultra-thin daytime running lights, a huge clamshell bonnet, and those long side repeaters similar to the ones seen on the G80. It’ll be offered with standard and long-wheelbase body styles. The latter will get an exclusive set of 20-inch wheels.

What we really want to see is the interior, but if the G80 is anything to go by, the G90’s cabin should be thoroughly lovely. Those in the back should be kept happy with what Genesis design boss SangYup Lee describes as an “elegant rear seat experience”

There’s no word on powertrain options just yet, but we do know the ‘Tau’ 5.0-litre V8 found in the outgoing G90 is already ruled out. A twin-turbocharged V6 with around 375bhp will probably be as spicy as it gets. Other likely options include a 2.2-litre diesel with 207bhp and a 300bhp 2.5-litre petrol, both inline fours. We’d expect there to be a plug-in hybrid option at some point, too.

“With the G90, Genesis plans to expand its presence in the luxury sedan market not only in Korea, but across the globe,” the brand says. So, could that include Europe? For now, we’ve no idea, but prototypes have been spied undergoing testing in Germany, which could indicate that – unlike the last G90 – it’ll actually be sold on this continent. 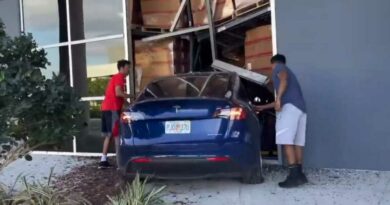 Watch Someone Crash a Tesla Into a Warehouse at High Speed