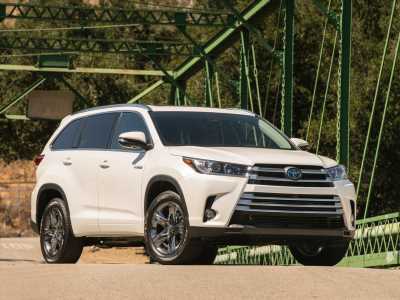 The Volvo XC90 tops the list because the T8 version is a plug-in hybrid, with a 58 MPGe rating for its 17-mile electric-only range. When it’s running in gas-electric hybrid mode, the EPA combined rating is a more average 25 mpg. The XC90 T8 is expensive, starting at $68,640 and running into the $100,000 range for the fancier versions. For the price, though, you get 400 combined horsepower and one of the most beautiful interiors in the industry.

The Toyota Highlander Hybrid is the mpg champ when it comes to three-row SUVs that only fill up at the gas station, with EPA ratings of 29/30/28 mpg (combined/city/highway) on the base LE model. Fancier trim levels come with a 1-mpg penalty across the board, a small price to pay for luxury. The Highlander is also roomy, with a generous 14 cubic feet of storage space behind the third row. A new 2020 Highlander is on the way, and the hybrid model should have the same or better numbers as the 2019 model year.

The Acura MDX, like the Volvo XC90 T8, shows that performance and fuel economy can live together. It uses a gasoline V6 paired to an electric motor in the front with two electric motors for the rear wheels (like the Acura NSX supercar, but backwards). The MDX Sport Hybrid manages 27 combined mpg (26 city, 26 highway), and 321 total horsepower.

Mitsubishi’s Outlander tops the charts in terms of non-hybrid three-row SUVs. An EPA rating of 27 mpg on front-wheel-drive, four-cylinder versions is good enough for a tie with the all-wheel-drive Acura MDX, and the Mitsu rates an impressive 30 mpg on the highway. AWD Outlander models manage 26 combined and 30 mpg on the highway. The front-wheel-drive 2.0-liter Outlander that has the distinction of an optional manual transmission, which is sure to be a rare collector item in the future.

Rounding out the top five is the Kia Sorento with a combined 25 mpg rating (22 city, 29 highway) on the front-wheel-drive, four-cylinder model. That means the base L and one step up LX trims, which come with cloth seats and none of the fancier luxury and technology features of higher-spec models, but power windows and a 7-inch infotainment screen with Apple CarPlay and Android Auto come standard.

SUVs aren’t typically associated with fuel economy. If you’re looking to save gas, the best choices are smaller and usually in car or wagon form. But if you want to carry six or seven people, that means a minivan or a three-row SUV. And if you still care about gas mileage, here are the top five gasoline and hybrid gasoline models on the market for the 2019 model year as determined by EPA combined fuel economy rating. 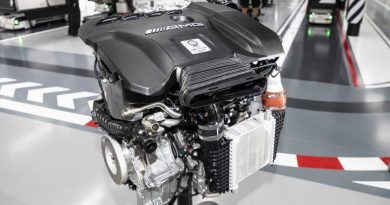 BH series registrations have rolled out in these states & UTs 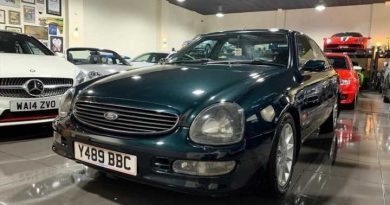