You might’ve recently heard about an alarming TikTok trend called the “lug nut challenge.” It’s said to involve bored kids loosening or stealing the lug nuts off random vehicles and hiding out nearby to film what happens when the owner drives away. The potential for such mischief to cause a serious crash is so huge that we had to look into this trend to see how widespread it is, and work out whether we all need to start keeping a torque wrench and backup lug nuts in our cars.

As it turns out, this seems to be little more than a seasonally appropriate scapegoat for car problems. Evidence of the trend consists primarily of anecdotal evidence (sometimes secondhand) and an almost nonexistent pool of photo and video evidence. In short, we’re probably dealing with just some moral panic, perhaps one in place of the usual drug-laced-candy hubbub we typically hear this time of year.

The supposed trend appears to have been first covered by WWLP, which reported police in Hampden County, Massachusetts acknowledged cases of loose lug nuts supposedly connected to a challenge on TikTok. No specific departments—only “local police”—were attributed as the source of the reports, whose number also went unspecified.

Instead, WWLP‘s story leaned on a report from a viewer, who reported a wheel falling off their vehicle, and anecdotes from a regional towing company that acknowledged recently fixing loose lug nuts. TikTok was nebulously attributed, but no videos of the supposed trend were linked in WWLP‘s article or shown in its televised coverage. Despite the story’s unsteady factual basis, it was soon parroted by Carscoops, then a larger regional TV station in the United States, and even abroad by India’s Hindustan Times.

A more specific account surfaced last Friday when ABC 10 reported seven cars had been targeted in one San Diego neighborhood, though no local tow companies had reported a rise in problems with lug nuts. At least one Twitter user also claims to have been targeted, their vehicle presumably being the one depicted by the U.S. Congressional candidate to whom they disclosed the incident.

If these incidents all happened because of a viral social media trend, then the trend itself should prove easy to track down on social media. Chasing the lug nut challenge to its supposed source, however, reveals no such activity on TikTok. Searching “lug nut challenge” or even simply “lug nut” turns up numerous videos of mechanics torquing down lug nuts, complaining about them being over-tightened by previous technicians, or problems of swollen lugs on Ford vehicles—not of them being vandalized by teens.

Looking more specifically at videos tagged #lugnutchallenge returns only three results, none of them strong evidence of a viral trend. Two of the
videos depict technicians installing lug nuts (not removing them), while a third is of a Kansas woman saying her wheel fell off while driving. She admits, however, that a family member had recently worked on her car, and acknowledges she isn’t 100 percent sure they aren’t at fault. One commenter on the video claims to have seen a spate of lug nut issues while working at a nearby Ford dealer, though they didn’t respond when we asked for confirmation on that.

The most reliable-looking evidence was a video briefly available Tuesday morning, showing a Ford Focus immobilized in an intersection with its wheel off. This video, however, turned out to be a re-upload of another TikTok post from July, from before this “challenge” ostensibly began. 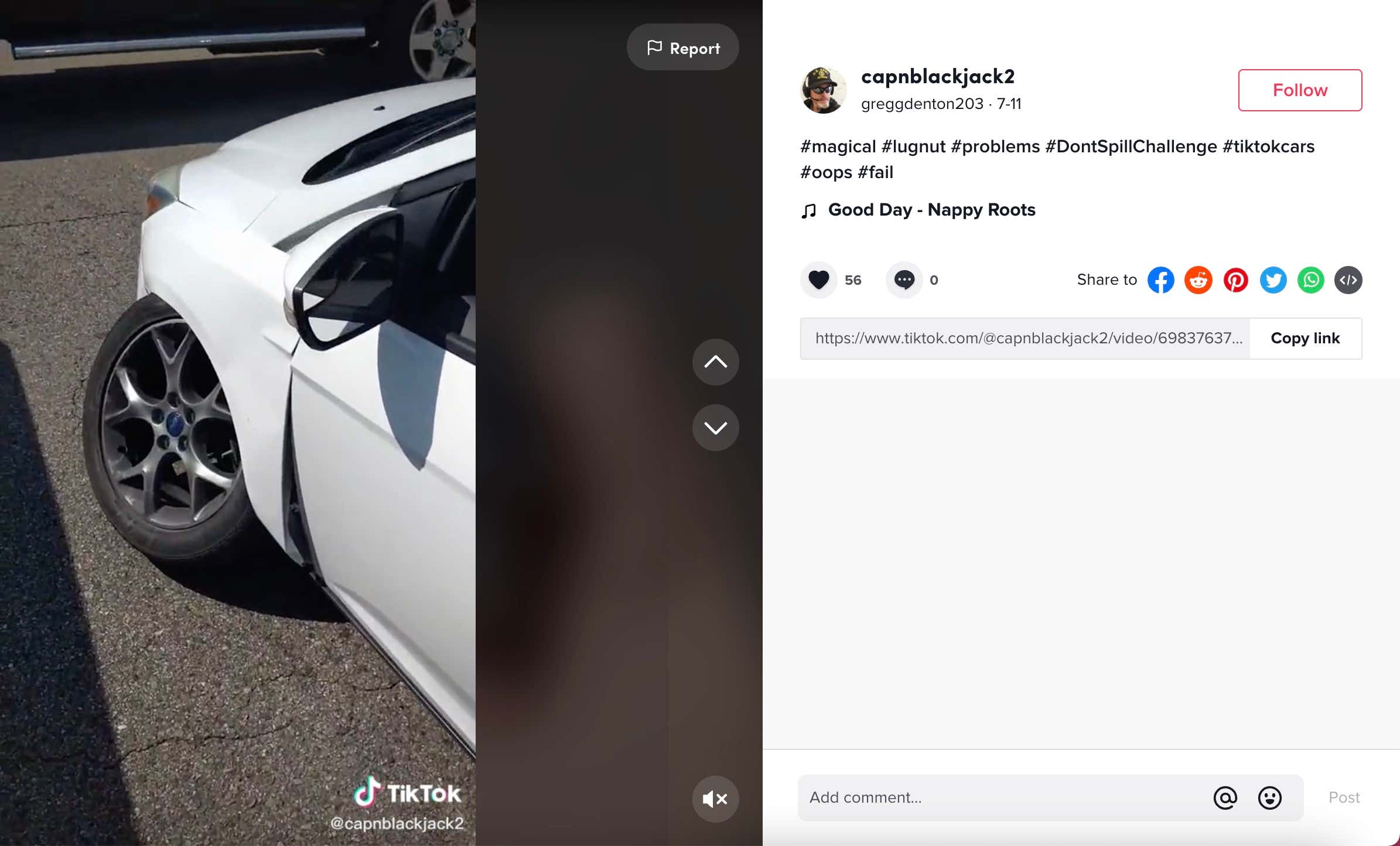 A Ford Focus sedan with a whompy wheel

So, to recap, here’s what we have so far on TikTok’s supposed “lug nut challenge”: One vague report from Massachusetts, one slightly more specific but small-scale story from California, and three personal anecdotes, all of them unverified. It’s entirely possible there are bad actors out trying to get a “lug nut challenge” off the ground, but if they are, TikTok does not appear to be the platform to accomplish this.

In light of a recent “devious licks” trend, for example, TikTok has taken to moderating potentially harmful topics on its platform—it won’t let users even search certain keywords if it deems the trend to be a bad influence on its users. (Compare search results for “devious licks” to “lug nut challenge” as shown below.) Additionally, the removal of the aforementioned re-uploaded Focus video suggests TikTok may be actively watching the #lugnutchallenge tag and preventing any tagged videos from reaching large audiences. 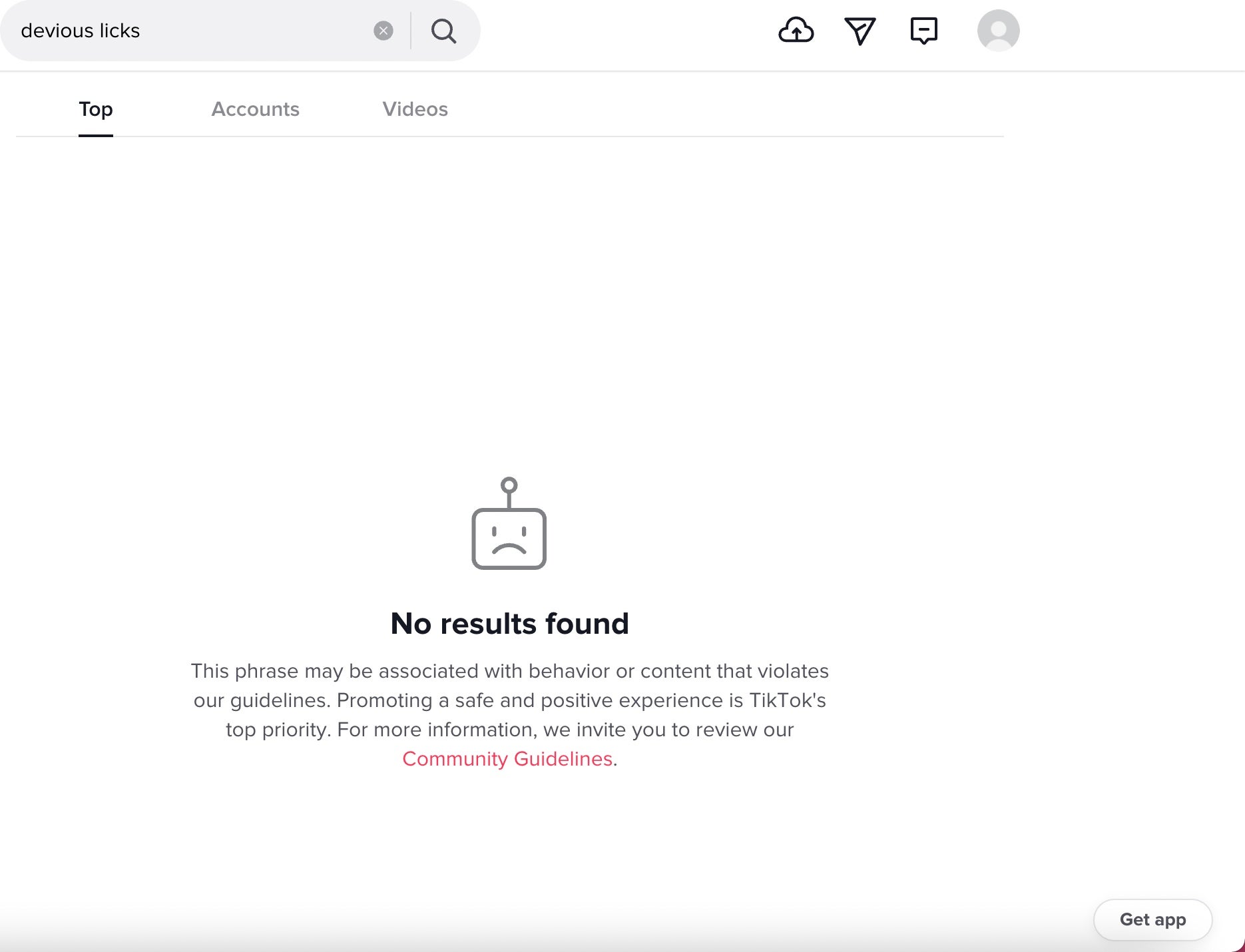 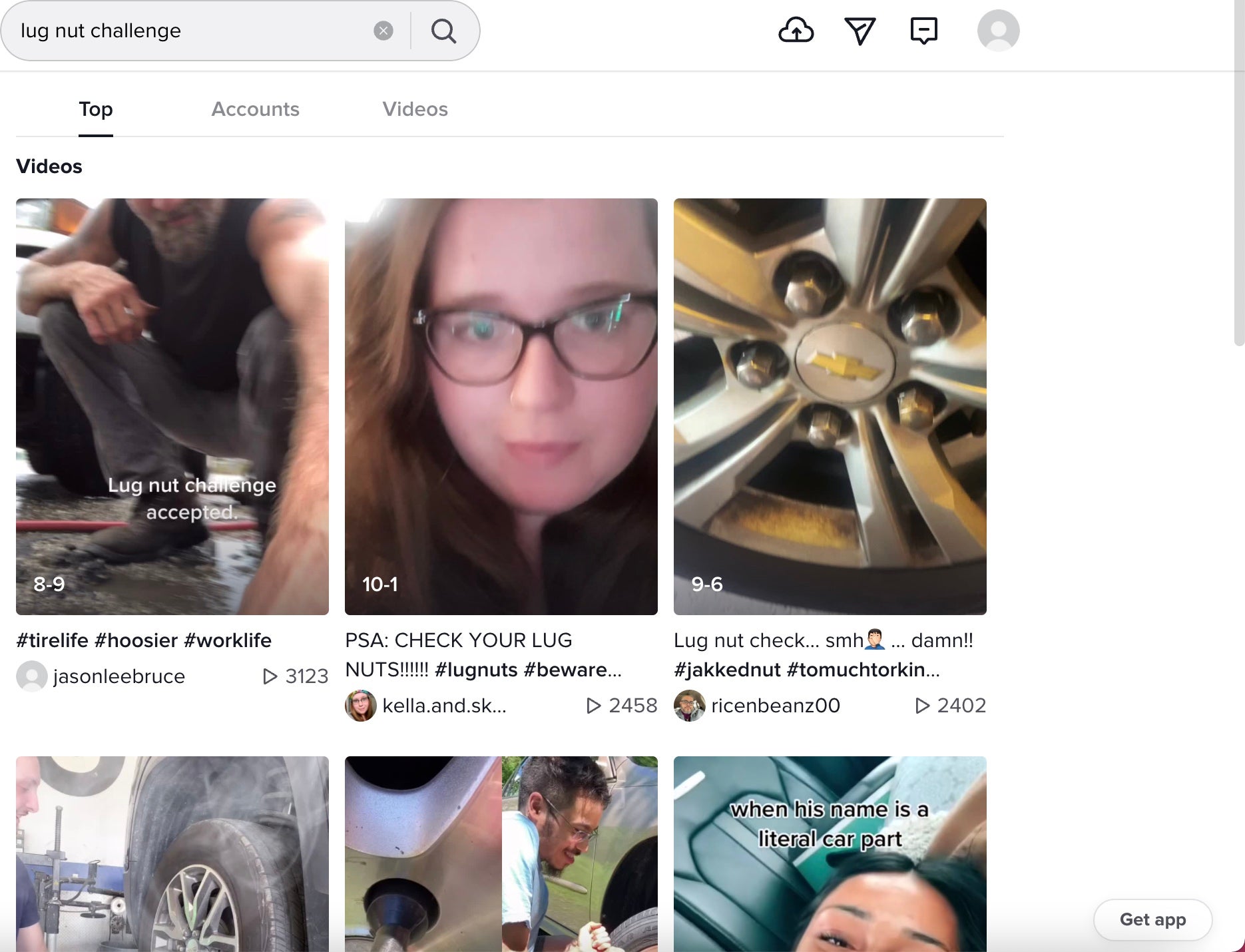 None of this is to say there haven’t been bored kids out loosening people’s lug nuts, but it doesn’t appear to be the widespread problem it’s portrayed as. From what we’ve been able to gather, the problem has been centered in no more than a handful of areas and is in no shape to become a viral sensation through TikTok. Even so, it’s probably not a bad idea to give your car a once-over before the next time you drive it, especially if you can’t remember the last time you changed the oil. 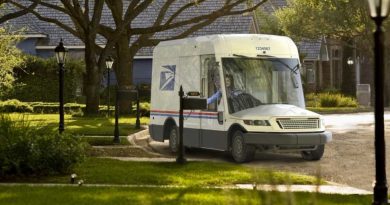 This Is the United States Postal Service’s New Delivery Vehicle 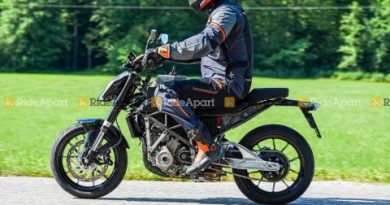 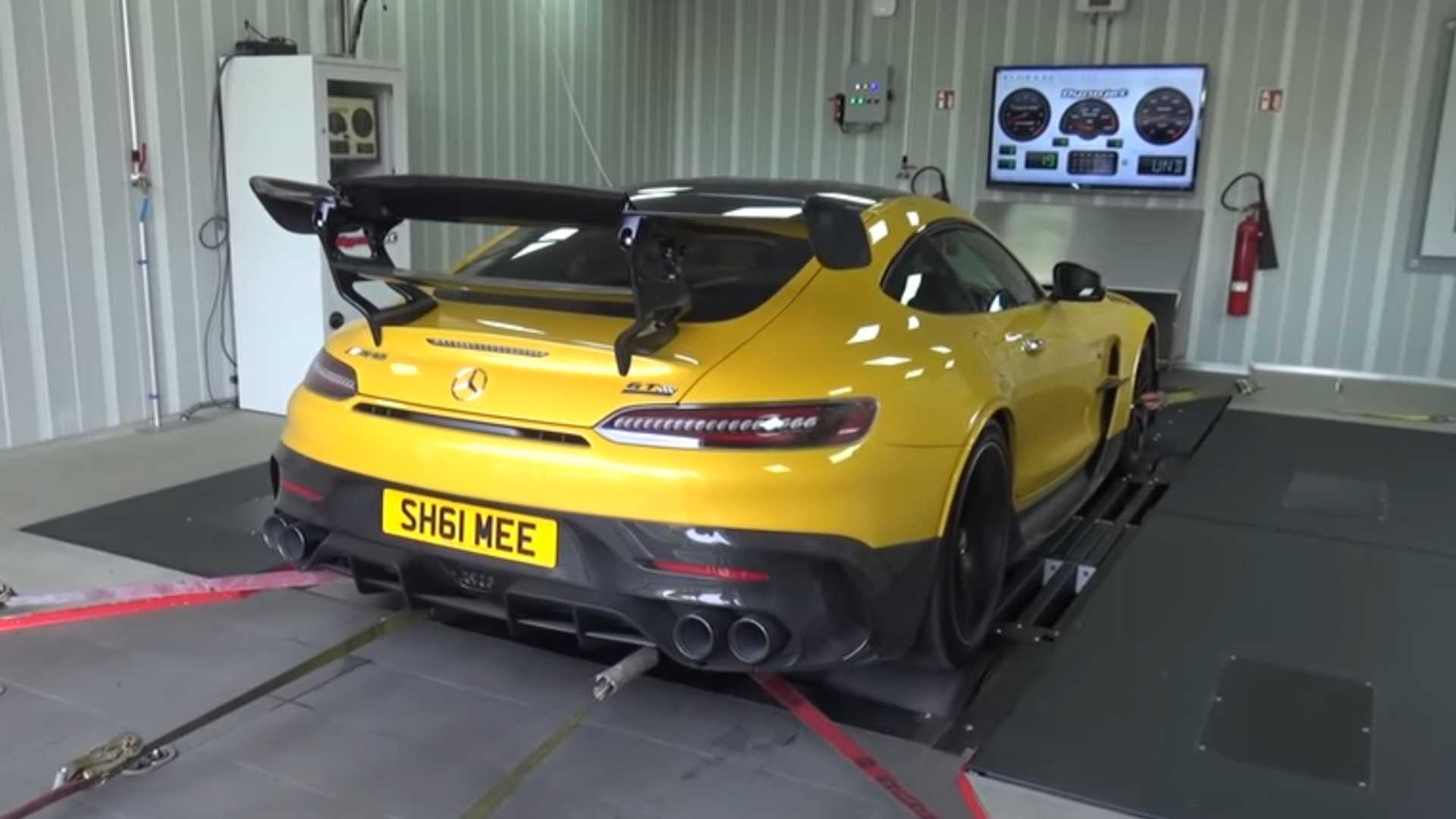 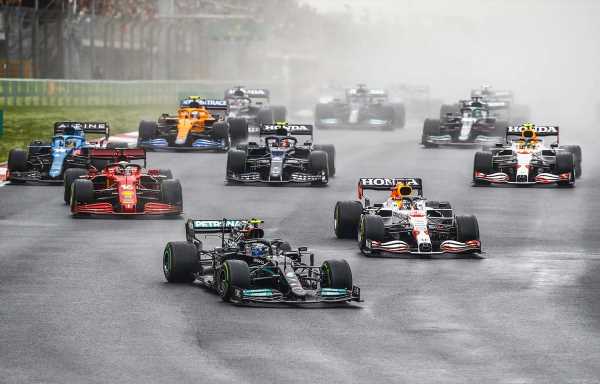 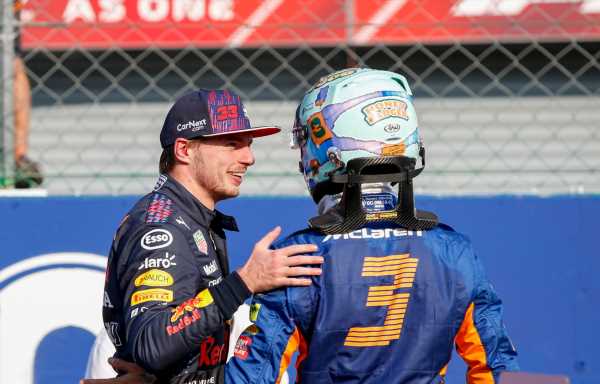 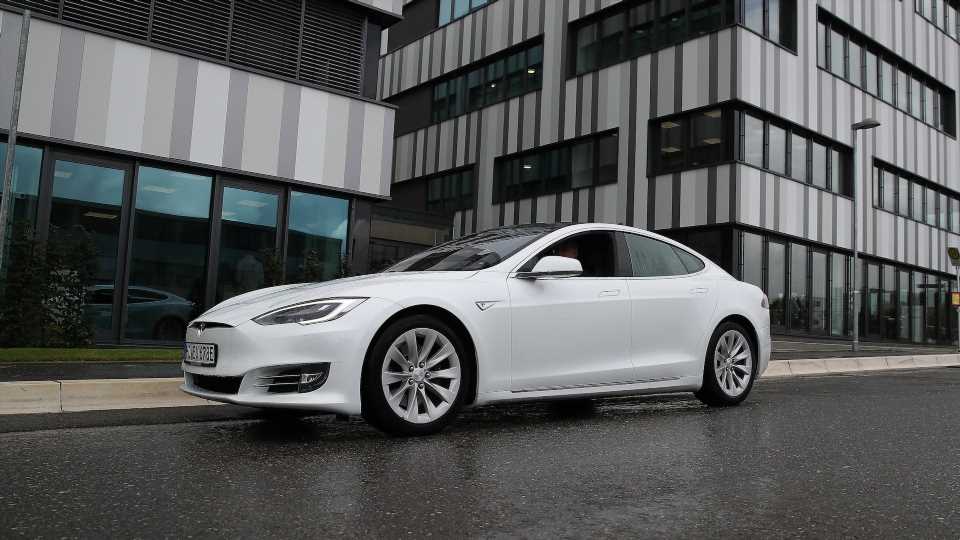 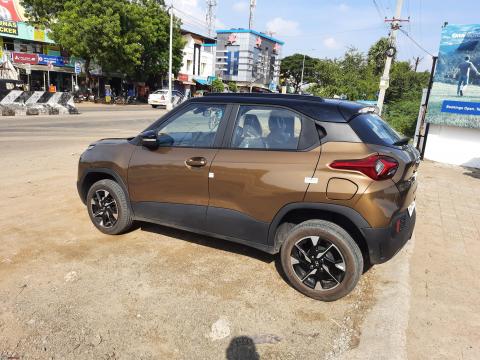