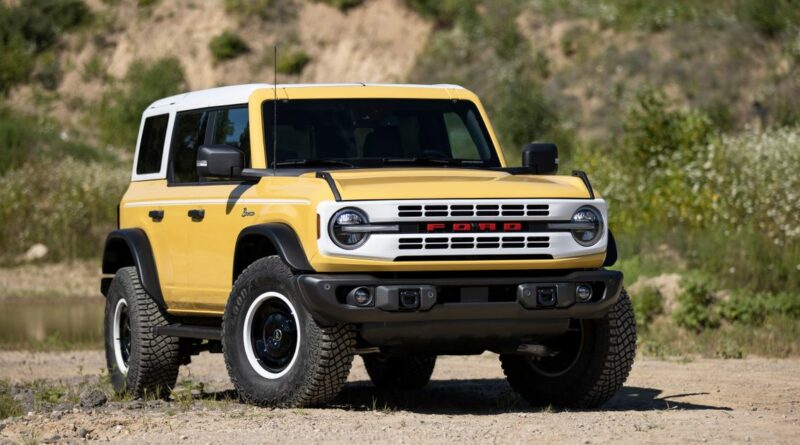 Those of us living in the UK have missed out on the Ford Bronco, but the revived SUV has been met with massive success in the US (even with some reported engine issues). Fans of the iconic 4×4 will be excited to see the new Ford Bronco Heritage and Heritage Limited edition models, which commemorate the original 1966 Bronco with some nostalgic colourways.

The special edition models will be available in two-door and four-door guises and are highlighted by a two-tone paint job that includes Oxford White accents and unique touches to the interior and exterior.

The front grille is painted in the same heritage-inspired Oxford White colour, while Race Red “FORD” lettering appears at the nose. The Heritage model sits on new 17-inch aluminium wheels, while a body stripe and ‘Sasquatch-width’ fender flares finish off the classic look.

Ford will produce just 1,966 models of the Heritage Limited model, and these Broncos feature gloss black-painted 17-inch heritage wheels with “dog dish” centres and an Oxford White-painted lip. The Heritage Limited model will be available at launch in Robin’s Egg Blue, while Yellowstone Metallic and Peak Blue will arrive in 2023 and 2024, respectively.

Heritage models will come as standard with the Big Bend equipment package, plus the 2.3-litre 296bhp EcoBoost engine (with either a seven-speed manual or a 10-speed automatic transmission), long-travel Bilstein dampers and 35-inch Goodyear mud terrain tyres. The Limited Edition model comes equipped with the Badlands package, which upgrades the power unit to a 2.7-litre EcoBoost V6 producing 325bhp linked to a 10-speed automatic transmission. 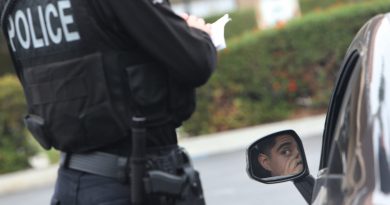 Driver Fined $430 for Tossing Lit Cigarette Out of Car, 'Not Wanting His Car to Burn' 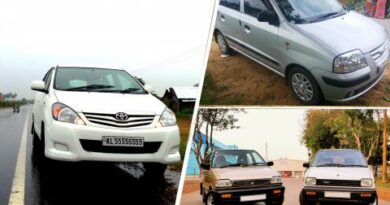 Which Indian cars have been the most durable over the decades