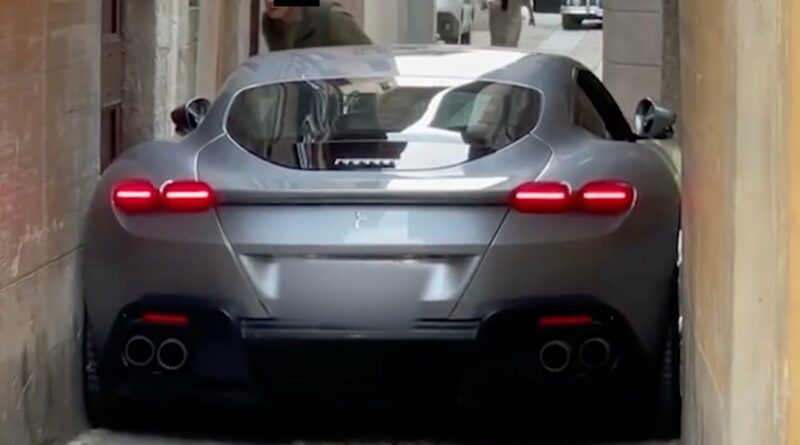 We’re not sure whether the driver of this Ferrari Roma was local or a tourist but based on the extremely Italian predicament they found themselves in, we wouldn’t be surprised if they were the latter. Spotted by the SupercarsNews YouTube channel and brought to our attention by Motor1 is a Ferrari Roma getting its gorgeously wide hips stuck in one of Italy’s famously tight side streets.

It’s hard to tell by video alone whether the silver Roma’s body actually made contact with stone but, if it did, the paint and bodywork required to restore this Ferrari’s finish (on both sides!) will surely not be cheap; it starts at over $200,000. Measuring precisely 77.7 inches wide (that’s nearly 6’6″), the grand tourer is powered by a 3.9-liter, twin-turbo V8 making 612 horsepower. Not that horsepower matters when you’re clamped between two very hard, very old-looking pieces of Italian architecture. 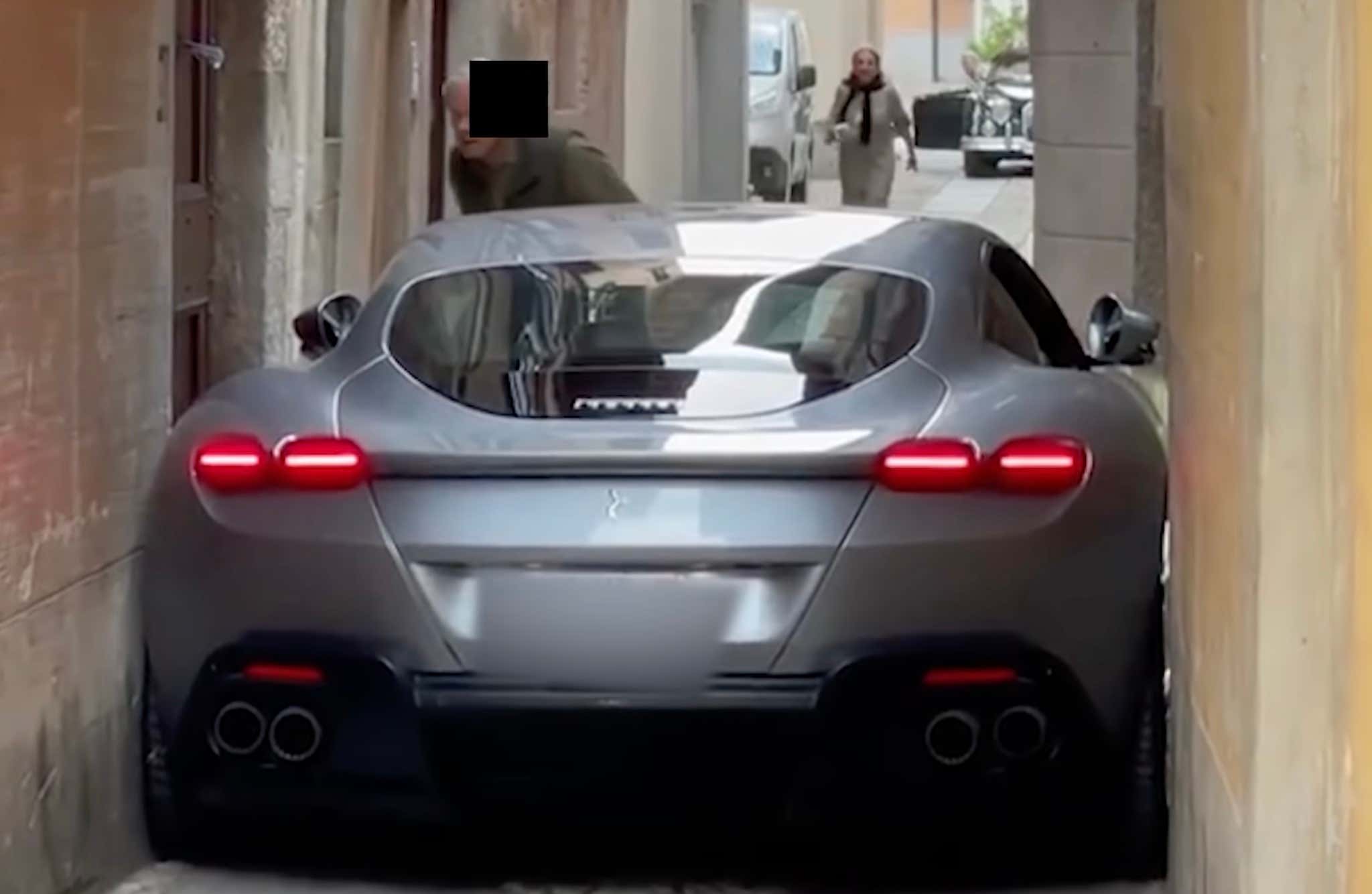 Also note the bystander who fruitlessly attempts to guide the car out of this jam only to have another presumed local run up making hand gestures for them to stop, as if this isn’t the first time some yahoo in an overly-wide, flashy car has unsuccessfully attempted to squeeze their way down this avenue.

With most modern cars armed with many, many cameras, sensors, and brochure-acronym features that semi-autonomously keep themselves away from other things, I’m a little surprised there isn’t yet one dedicated to detecting how wide an approaching gap is and warning the driver if it’s too narrow. Should come standard on all Italian cars, honestly. 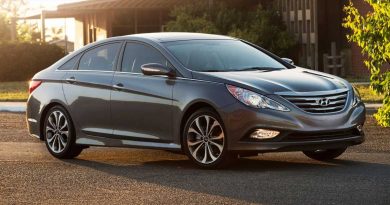 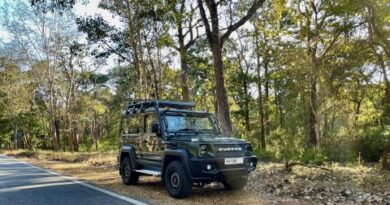 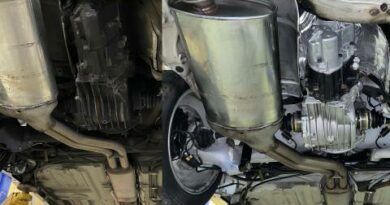