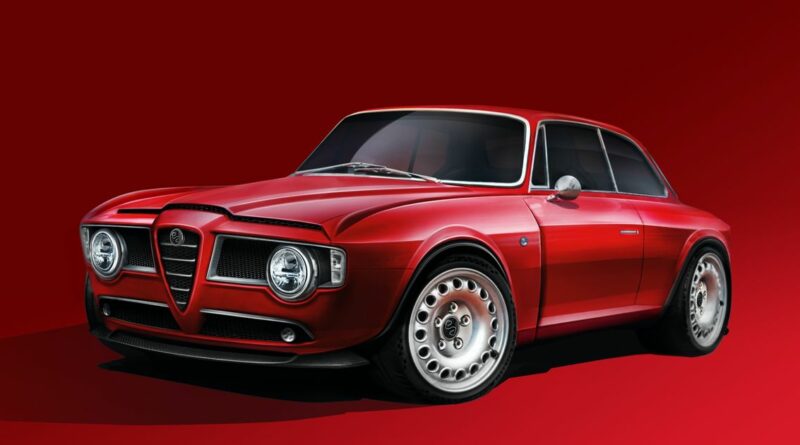 Alfa Romeo’s 2.9-litre, twin-turbo V6 is criminally underused. It’s in the Giulia and Stelvio Quadrifoglio, the Maserati Grecale is set to use the unit, and the MC20’s V6 is related to it. But in terms of major players, it’s looking like that’ll be it.

Thankfully, we can rely on more niche outfits to stuff this glorious, possibly Ferrari V8-derived wonder in a few other cars. The first of these is Hamburg-based Emilia GmbH, which has just revealed some drawings of a reimagined classic called the GT Veloce. It combines the 105-series Alfa Romeo coupe beloved by British firm Alfaholics and others in the restomod game with the Alfa’s current V6. Oh yes.

The project, brought about via a partnership with 2017 RUF CTR co-developers VELA Performance, sees a 1960s Giulia GT body used as a starting point. The stock shell is thoroughly restored and mated to a brand new space frame that neatly incorporates a roll bar.

Not all of the original panels are kept – the doors, bonnet, boot lid, front wings and front/rear bumpers are all new and made from carbon fibre. The GT also gets a substantial restyle, featuring a curvier rear-end, flared arches, huge ducts in the front wingsand more.

The space frame will add a load of rigidity, but it’s only part of the story when it comes to helping a 50-year-old car design cope with 503bhp. There’s a new fully independent suspension setup with double wishbones at the front and a multi-link rear, plus a set of KW coilovers.

There are 19-inch alloy wheels front and rear, shod in 235mm/265mm-wide tyres. Lurking behind these are 360mm discs paired with six-piston calipers at the front, while at the rear you’ll find 350mm rotors and four-pot calipers.

The V6 retains the eight-speed ZF automatic gearbox and electronically-controlled locking differential of the Giulia/Stelvio Quadrifoglio (the Giulia originally had a six-speed manual option, but this hasn’t been available for a while). Straight-line performance should be punchy with a dry weight of 1250kg, which is getting on for 300kg less than a Giulia Q.

Currently, all we have to look at are these drawings, with a reveal of the first roadworthy example not emerging until the second quarter of 2022. Emilia plans to make 22, each costing “around” €400,000. You didn’t think it was going to be cheap, did you? 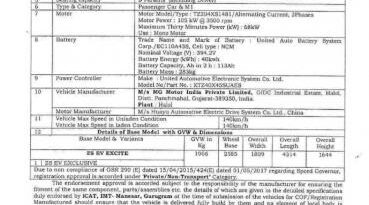 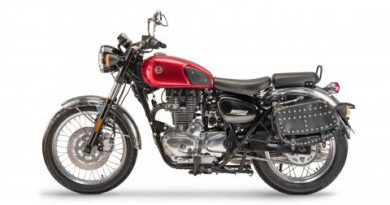 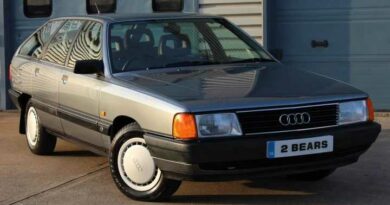