To keep its highways safe and cars from getting squashed, the California Department of Transportation, or Caltrans, sends crews up cliffs with big crow bars to dislodge giant boulders before they dislodge themselves, possibly onto your pickup. Guys called “geo-technical experts” figure this stuff out. Sometimes it’s just the crow-bars that peel the rocks off the cliffs, other times they drill ‘em, fill ‘em with explosives, and blast away. The best part may be getting to yell, “Fire in the hole!” at the top of your lungs. The results are spectacular trundles that sometimes end in giant ka-thwumps! onto the pavement below. Click on some of these and pick your favorites.

A 23-foot-tall, 22-foot-wide boulder fell onto State Route 88 in Alpine County during a storm. “Oh ho, that’s just cool,” said the Sacramento News10 anchorman in this clip, echoing all of us. “It was blocking the road and now it’s not.” The super slo-mo is worth re-watching a few dozen times.

Check out the Caltrans geo-technical experts hard at work in this video (and how delicately they place the explosives), before they blast a huge rockslide off Whitney Portal Road on the steep eastern slope of the mighty Sierra Nevada. Note how long you hear the rocks continue to rain down after the blast.

Caltrans offers up this beauty of a visual medley from Highway 96 in the Seiad Valley, pairing several viewing angles with a rad ‘80s-style beat and sweet swipe transitions. The actual blasting boulders aren’t half bad, either. #thisishowwedoit indeed!

Here’s a video advertisement for a product called Boulder Buster, in case you have a lot of property and some big rocks. Chill out to the soothing British accent in sync with exploding stone. For “breaking rocks without explosives, very close to men and equipment. The machine to use when dynamite is not an option.”

This ABC10 newsman on State Route 78 in Ramona, California, breathes a sigh of relief, declaring “I’m alive” after standing a safe, prescribed distance from “an 80-ton boulder thousands of years old exploding into a million pieces right in front of” him. “Glad you’re OK!” replies the desk. We are, too.

After a string of earthquakes damaged some roads and loosened rocks on the hillsides along State Route 178 in San Bernardino County a couple years ago, Caltrans sent out teams to clear out potentially hazardous rocks ahead of the rainy season. Watching electronic detonators do their thing is so satisfying.

“Caltrans is the only state that supports doing this cost-saving activity by using trained employees,” said Patrick Chandler, who was PIO Maintenance at Caltrans when this video was shot in 2015. He says Caltrans uses 25o trained climbers to help clear loose rocks from hillsides along state roads. Mike Rowe would be number 251, at least for the day. 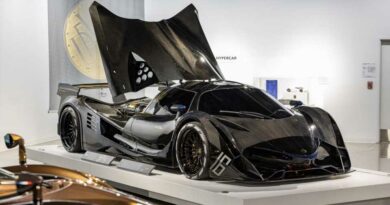 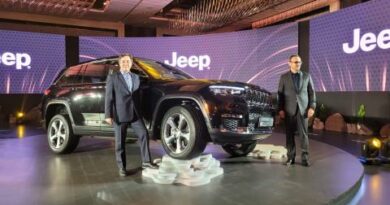