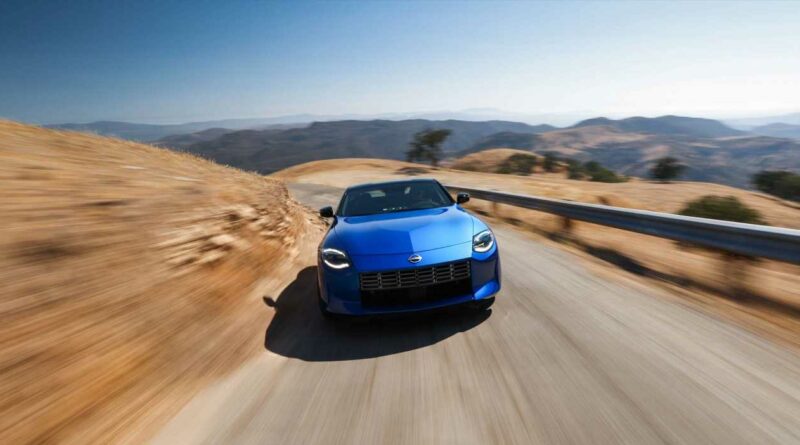 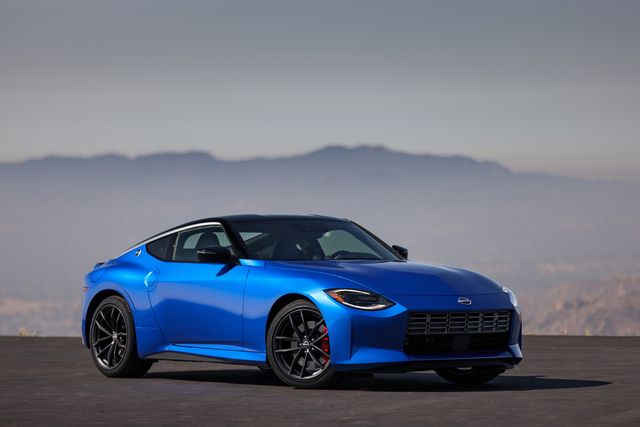 The Nissan Z car is a fixture in the sports car world. The sporty coupe helped put the company on the map when the car launched over 50 years ago. The last 12 of those years have been dominated by Nissan’s long-running 370Z, which itself is an evolution of the 350Z that debuted in 2001. While Nissan’s long-running 370Z proves to still be an interesting and fun sports car today, it’s not exactly a spring chicken. Fortunately for Nissan sports car fans, the seventh generation of Nissan’s Z car is finally here. And it’s no longer prefaced by numbers.

Set for the 2023 model year, Nissan’s upcoming Z car brings a ton to the table for enthusiasts. Under the succinctly named 2023 Nissan Z’s hood is a 3.0-liter turbocharged V6 that makes 400 hp and 350 lb-ft of torque. If you’re curious about this turbocharged engine, it isn’t exactly new. This VR30DDTT has been in Nissan’s lineup since 2016 under the hoods of the Infiniti Q50 and Q60.

That power travels through either a six-speed manual transmission or a nine-speed automatic before hitting the rear wheels. Manual transmission cars are equipped with an Exedy high-performance clutch; automatic-equipped cars come standard with paddle shifters.

Helping the Z car’s tires stick firmly to the road is a double-wishbone front suspension and a multi-link rear. Nissan says there is an available sport-tuned suspension, but it will obviously cost extra. Standard wheels are 18-inches in diameter and wrapped with 248/45 front and 248/45 rear Yokohama Advan Sport tires. Bringing this all to a halt is a set of 12.6-inch front and 12.1-inch rear rotors that are clamped by two-piston calipers in the front and a single-piston caliper in the rear. Much like the suspension, you can upgrade your brakes, too, and move to the 14.0-inch front and 13.8-inch rear rotors with four- or two-piston calipers, respectively. Steering is now electronically assisted, doing away with the hydraulic system found on the outgoing model. 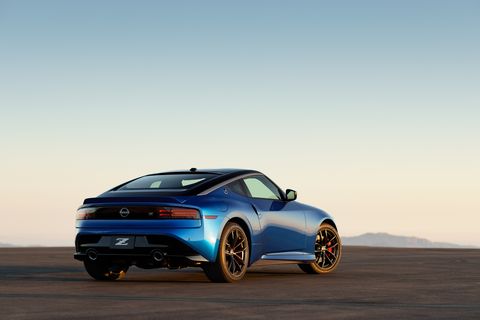 Pulling all of this together is a fresh, new sheetmetal shell. The Nissan Z’s styling isn’t hugely surprising, considering Nissan paraded it around as the Nissan 400Z Proto. The design team borrowed ideas from previous-generation Z cars but shaped them to reflect a more modern look. The headlights, for example, are inspired by the Japan-only Fairlady 240ZG. The taillights are influenced by the legendary Z32 chassis 300ZX.

Inside, Nissan stuck with its retro-inspired direction and borrowed other pieces from Nissan’s back catalog. Like we saw with the 400Z Proto, sitting atop of the dash is a set of three gauges that show volts, boost pressure, and turbo speed. Moving down from there is an 8.0-inch touchscreen media system. That screen grows to 9.0-inches with Premium-trim Z cars. This center stack design, with three gauge pods sitting at the top, is an element from deep in the Z car legacy. Nissan also replaced the physical gauge cluster in front of the driver with a 12.3-inch thin-film transistor (TFT) screen, which also enables a customizable experience for the driver.

Of course, there is also standard safety tech heading to the Z. Automatic emergency braking, blind-spot warning, rear cross-traffic alert, high-beam assist, and intelligent forward collision warning systems all come equipped for no extra cost. Nissan’s intelligent cruise control is also included in the list of convenience features if you plan on doing any commuting in your new Z Car.

Will the seventh-generation Nissan Z-Car make a splash, or will it fall victim to changing trends? Let us know your thoughts in the comments below. 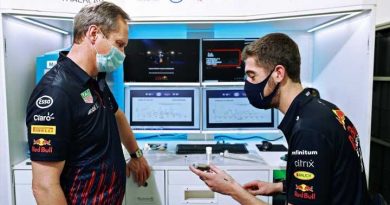 ‘The greatest trick is how you deploy fuel’ 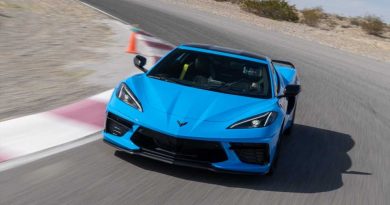 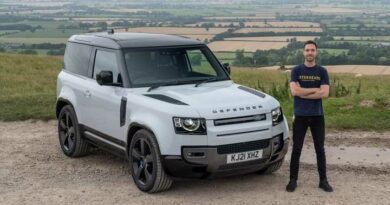