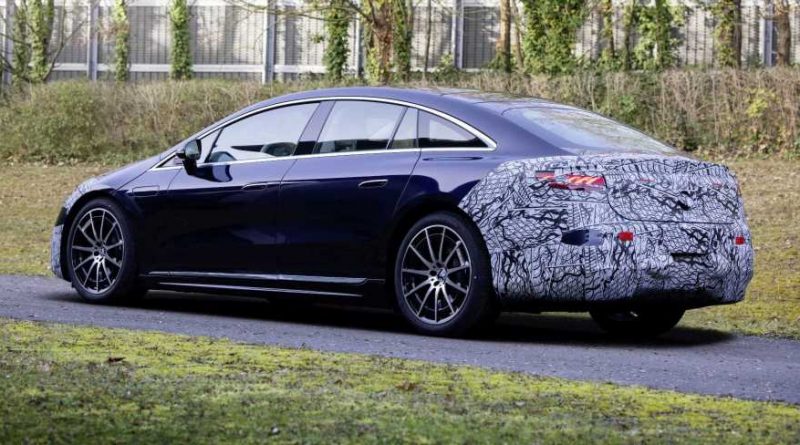 There is a war going on for luxury electric sedan supremacy, and Mercedes-Benz just threw down the gauntlet with its EQS. For the first time in what we must presume will be a continued talking point among manufacturers in this space, Mercedes has claimed the throne of drag coefficient saying the EQS is the most aerodynamically efficient series production car in history with an astonishing 0.20 Cd. Not only will this attention paid to slippery aero pay off dividends in the car’s range testing, but it will also contribute to a quieter cabin, and it gives the car an attractive function-follows-form exterior design.

Mercedes has been playing with aerodynamic efficiencies for years. It first really dove into this experiment with the current S- and C-Class, getting these standard internal combustion sedans as low as a coefficient of drag number of 0.24. In fact, the Mercedes EQS is stealing this particular crown from the 0.22 Cd Mercedes-Benz CLA. At 0.20, the EQS is significantly more aerodynamically efficient than any Tesla, or Prius. In fact, this gets extremely close to the limited series aero kings of history like GM’s EV1 or Volkswagen’s XL1, which both managed 0.19.

To achieve this, Merc has ditched the gold standard three-box engine/passenger/trunk configuration. It’s not quite as radical as Mercedes claims, as the company has been experimenting with this direction since the original CLS way back in 2004. MB calls the new EQS design a “one bow” line, incorporating the cab-forward design now possible with electric propulsion and a sloping low rear roof forming one smooth curve from leading edge to trailing. This is given particular emphasis by eliminating as many seams and creases as possible, giving the EQS an appearance of being forged in one piece from a molten hunk of aluminum.

Because electric drivetrains don’t require near the level of cooling necessary for internal combustion, the front of the car is decorated with a gloss black fully enclosed nose panel peppered with three-pointed stars both to hide its many driver assist system sensors and to ‘give the car a face.’ There are small inlets to cool the batteries, motors, and charger, but these have aggressive shutters to keep them closed when not needed for maximum aero. There is no hood shut line to be seen from the top, as it incorporates the tops of the front fenders, much in the same way Porsche’s Macan does. The car’s underfloor is completely smooth from front to back. 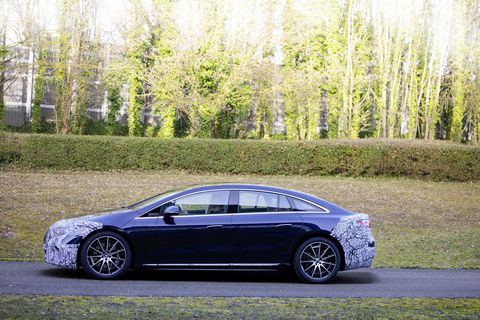 There are, of course, several other tricks that Mercedes has used to give the EQS an aerodynamic advantage. My personal favorite is found in the wheels. Like the pseudo-grille found on the front of the EQS, each wheel has an aerodynamic insert with small silver three-pointed stars over a field of gloss black. The lightweight split five-spoke wheels are a relatively staid and standard design, but combine it with this aero modifier and it becomes more than the sum of its parts. Another example of this level of extreme attention to detail is found in the way the roof narrows as it extends rearward, giving the cabin of the EQS a smooth and flowing teardrop shape.

Speaking of the interior compartment, Mercedes has done a lot of innovative design here as well. The broad full-width dashboard screen looks like something out of a Netflix Original science fiction mini-series, but somehow still works with the design layout. The ‘folded leather’ comfort seat option for this car is astonishing in a way that it seems impossible nobody has ever thought of something this simple before. The futuristic and moody deep blue backlighting is grounded by the old-world metallic bronze design throughline at the top of the dash upon which the HVAC vent directional controls ride. It is equal parts incongruous and pieces of a whole. I can’t explain how Mercedes made it work, but the proof, as they say, is in the EQS pudding. 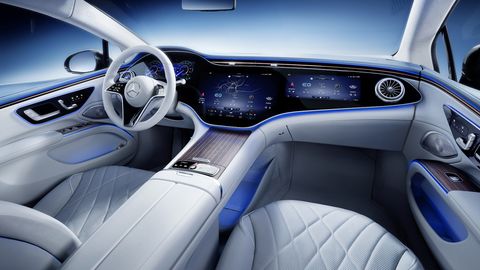 The third design element that Mercedes built into the car was one of soundscape design. Not only does the EQS have exquisite optional Burmeister audio, but the audio engineers have developed three distinct sound modes for the car’s drivetrain to incorporate into the driving experience you want to have. The choices are typically German in name, with Silver Waves, Vivid Flux, and Roaring Pulse. Each gets progressively more aggressive, providing a new edge and engagement to electric driving.

The end result is truly unlike anything else on the road, but at the same time recognizably Mercedes. And with this attention to aerodynamic detail, Mercedes could have a real contender in the lux EV space, taking Tesla to task with what we can only guess will be an impressive class-leading range by virtue of its focus on efficiency.

Have a first impression of the Mercedes-Benz EQS? Share your thoughts in the comments below. 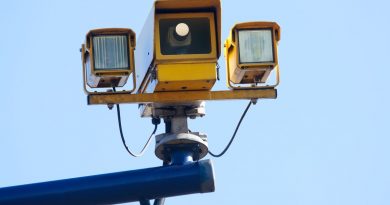 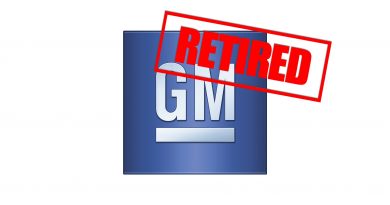 The General Motors Logo Gets a Redesign for the EV Era