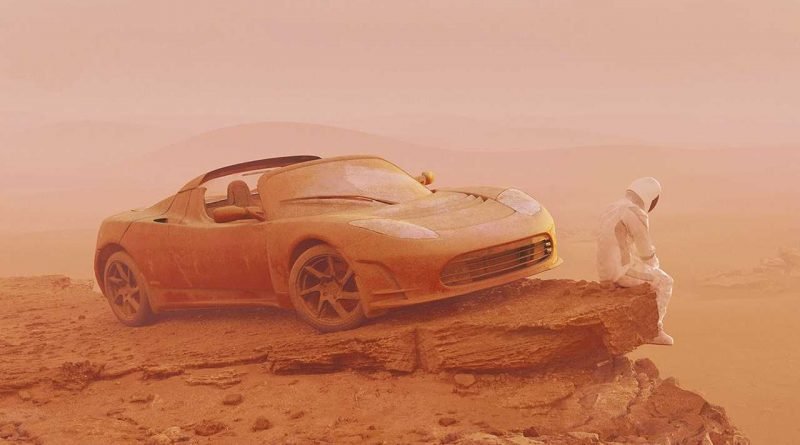 Probably not the trash-ridden Mars of Elon Musk’s dreams.

Close your eyes for a moment and imagine that the year is 2062. In this fleeting reality, Elon Musk’s dream of colonizing Mars is real. But akin to a scene from the movie Wall-E, or a line out of David Bowie’s song “Life On Mars,” this isn’t utopia. In this scenelet, Tesla rules – and much like we do here on Earth, early colonists are leaving a path of debris in their wake.

This other-worldly reality is the latest subject of Romanian digital rendering artist Andrei Lacatusu. His project entitled, “Life On Mars,” pictures a colonized planet inhabited by some space-traveling litterers. Here we see things like glass bottles, bikinis, cigarette packages, and cardboard cases from food and drink tossed atop the planet’s surface. In one instance, there’s even a dirt-covered Tesla Roadster perched atop a cliff (maybe it’s the same one Tesla launched into space).

The study is a bleak yet fascinating look at what could happen on a Tesla-colonized Red Planet in the next 50 years. And if Elon’s plan rings true, it could become a reality relatively soon. SpaceX is currently in development of a stainless steel Starship. Powered by liquid oxygen and methane, it could be the first manned spacecraft to make a mission to Mars. Musk says we could have a fully realized city on the Red Planet by as soon as 2050.

But getting cars there might be more difficult than we think. Launching the Tesla Roadster into orbit, for example, required the use of SpaceX’s Falcon Heavy rocket. And even that mission ended imperfectly. The core booster didn’t land safely on the autonomous ocean platform as planned after it failed to ignite two of its three descent engines. For now, we’ll simply fantasize about a Mars colony through these digital mockups. 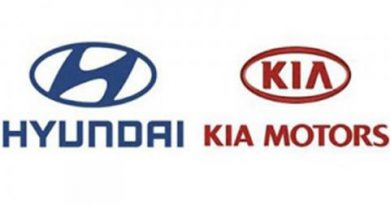 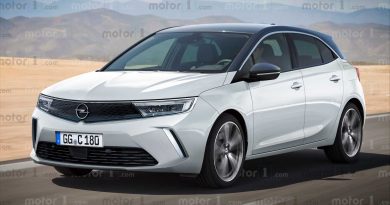