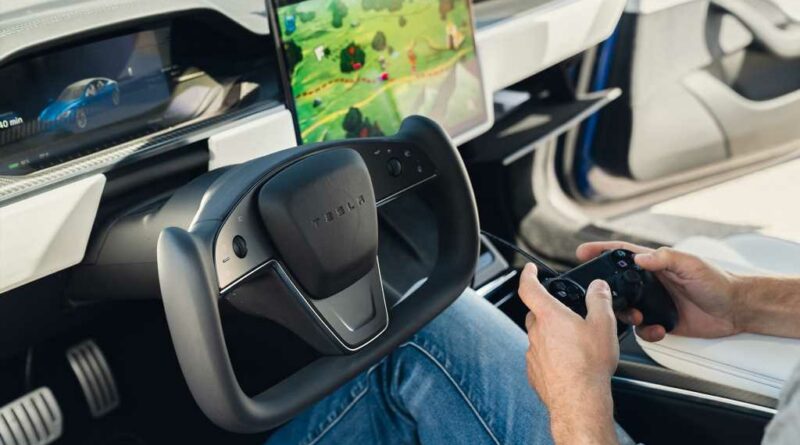 The new Tesla Model S Plaid—the 1,020-hp version of the electric sedan that can hit 60 mph in an absurdly tiny amount of time—arrives as part of a comprehensive model update that also brings a more powerful infotainment system. What makes it powerful? The system’s chipset comes with AMD’s Navi 23 graphics processing unit (GPU) based on RDNA 2.0 architecture supporting ray-tracing. If that means absolutely nothing to you, it’s a more complicated way of saying it’s expected to offer similar graphic performance to Sony’s PlayStation 5.

Why put such a chip in a car? To run top-tier video games as a gimmick to sell cars, duh. Since the launch of the Model S, Tesla has been pretty much building computers on wheels with touchscreens and big battery packs, and the company likes to flex its software expertise by incorporating features not typically seen in other makers’ cars. These include video streaming, an internet browser, and random Easter eggs, and with “entertainment” being one part of the “infotainment” portmanteau, let’s log in and see what Tesla has to offer the gaming world.

Any recent Tesla Model S, 3, X, or Y with the MCU2 (Media Control Unit 2) infotainment system has Tesla Arcade in the Entertainment tab. But within the latest MCU3 in the new Model S, you can find it as a shortcut in the app bar, and it features even more games than before, and the new AMD GPU (we’ll talk more about that later) means they’re more advanced than before. The list of built-in games now includes Polytopia, Cat Quest, Fallout Shelter, Stardew Valley, CupHead, BeachBuggy Racing 2, backgammon, solitaire, and chess. Tesla also added some Atari-era classics, such as 2048, Asteroids, Centipede, Super Breakout, Lunar Lander, Missile Command, Millipede, Tempest, and Gravitar.

Most of the games support touch control directly on the screen, as well as steering wheel control. Yes, when the car is parked you can use the steering wheel as a controller. That’s exceptionally fun while playing BeachBuggy Racing 2, in which the cartoonish buggies are depicted as various Tesla models that “careen, blast, and launch” through 20-plus tracks. More action-oriented adventure games such as CupHead and Cat Quest do require a traditional game console controller. Since Tesla does not provide one with the car, you can use a PlayStation or Xbox controller connected via any of the in-car USB ports.

Too Powerful, Too Soon, No AAA Games

Video games aficionados may notice that the titles listed above are mostly arcade-style indie games. Due to the performance limitations of the previous Intel Atom-based MCU2 chip (the Atom is by now a very outdated chipset), the system cannot run any graphically intense headline games. The new AMD GPU in MCU3 changes that, however. During its recent Model S Plaid delivery event for customers, Tesla showed a playable Cyberpunk 2077 in-car demonstration. On the Tesla official Model S website, there is a photo showing The Witcher 3: Wild Hunt right on the infotainment screen. That does imply the system can run the game. However, the Model S Plaid tester that we had did not have those two major-publisher AAA games installed, and there was no option to download them. It’s unclear whether those games will eventually come to the system as free updates, if the car owner will have to buy them like buying a game in a console, or if they’ll even appear at all.

Despite no AAA game, we did find a new Tesla Arcade title in the new Model S Plaid, Sky Force Reloaded. It is a vertical, 2-D scrolling shooter enhanced with 3-D polygon objects, bringing a classic arcade genre into the modern world. That sounds like a perfect game to play during a typical 15- to 30-minute Supercharging session. Unfortunately, we didn’t have a chance to test it out. We encountered a system bug where the game was stuck in “waiting to update” and unable to launch. This is not a new bug unique to the updated Model S; there have been reports from Tesla owners encountering this bug on other, previous Tesla Arcade games. So, no new game, but how about playing old ones on the new system? The experience is more or less the same—in a good way—and playing games on the new 17.0-inch, 2,200 x 1,300-pixel display is definitely easier on the eyes and more fun while playing two-player titles.

Light Speed in Plaid, Revisiting a Galaxy Far, Far Away

Even with no top-tier games included with the new system, there is a way for avid gamers (like this author) to get their fix in a Tesla. Last time, we tested whether the MCU2 can stream AAA games through Google’s Stadia cloud-based gaming service using the in-car browser. It did load Star Wars Jedi: Fallen Order (above), but the game was ultimately unplayable due to an inadequate network module. We tried again with the new system. In the MCU3, not only the dedicated GPU is new, but Tesla also moved away from the netbook-level Intel Atom chip to AMD’s more powerful accelerated processing unit (APU, which integrates the CPU and a lower-power GPU).

The force is strong with this one—it worked! First, the Stadia interface loaded fine and scrolled a lot more smoothly than before. And then, with a solid onboard LTE cellular connection, we were able to play continuously for 30 minutes and even finish the first boss fight uninterrupted. It was an amazingly immersive experience, too, with the sound coming out from the car’s 22 speakers. In theory, other game streaming services like Microsoft’s XCloud should also work, but it’s in beta and is for now invite-only. (No, we didn’t get an invite. Womp womp.)

Technically, Stadia isn’t officially supported for Tesla’s proprietary web browser, so there can be some minor bugs. For example, as we switched to another game, we had to reconnect the Stadia controller. And when we closed the browser and reopened it, the audio would drop from the speakers, necessitating a system reboot. (To do so, simultaneously long-press both scroll wheels on the steering wheel.) Still, being able to play a Star Wars game, popping into light speed inside a Tesla Model S capable of going to “Plaid”—it can’t possibly get any nerdier than that.

First, if you buy the newest Tesla and want to play Cyberpunk 2077 and The Witcher 3, you may have to wait until Tesla officially makes those games available. Even so, a game-streaming service subscription works well enough through the infotainment system’s web browser and using a good internet connection, and that brings the potential to play high-quality games and take advantage of massive game libraries to many more Tesla vehicles, all without relying on a potentially costly onboard gaming GPU. Although having a ray-tracing-capable gaming rig built into the car is awesome, if Tesla wants to expand in-car gaming to even more of its owners in the future, it should focus on ensuring its models have a reliable web browser and robust internet connectivity hardware. 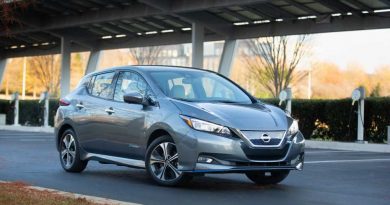 Which Car Surprised You the Most—in a Good Way?