Is it the dominance of SUVs that is helping the Indian car companies? Both Tata & Mahindra were always known for their rugged vehicles.

BHPian CrAzY dRiVeR recently shared this with other enthusiasts.

On this joyous occasion – calling out a trend noticed in the sales threads.

We are buying more cars from domestic manufacturers (TATA & Mahindra) than ever before, and at significantly higher prices than ever before! In fact – there is a sharp trend seen post-Covid and currently stands at ~22% of the market share.

We had higher market shares more than a decade ago, contributed mainly by entry-level cars from TATA and Mahindra (Indica & Bolero), but the recent trend is driven by far more upmarket products.

Combined sales of TATA and Mahindra over the past decade: Have Covid lockdowns changed our buying preferences? Hopefully, this is a long-term trend and Tata Motors continue to give Hyundai a close run for second place.

Is it the dominance of SUVs that is helping domestic manufacturers? Both TATA and Mahindra were always known for their rugged vehicles.

Or is it just that the Indian companies are finally bringing their A-game? Products like the XUV 7OO, Harrier, Nexon (ICE and EV), Scorpio N, etc have truly held their ground against the established foreign brands.

With the onslaught of newer competition, Tata & Mahindra would’ve faced an existential crisis. A lot of MNCs entered (and exited) the Indian car market in the last 10 – 15 years. Important to consider that the MNCs develop cars for multiple countries, hence can play with a larger R&D budget.

If Tata & Mahindra didn’t put on their “A game”, they’d be finished. Complacency would’ve taken them down the same road as Premier Auto & Hindustan Motors. As a wise man once said though, there is no problem in the auto industry that a good car cannot solve. And Mahindra / Tata have not just one, but at least 5 – 6 good cars each. They’re playing the game fiercely, churning out great cars and – as an added bonus – are topping the safety charts too. Thanks to all-rounded products, they are able to command premium prices too. Who would have imagined a successful 25-lakh rupee Mahindra or Tata car 10 – 12 years back? Now, they have waiting lists.

Here’s what BHPian RavenAvi had to say about the matter:

Cometh the hour, cometh the man!

Over the years, the competition kept growing tougher with newer, more sophisticated products being regularly introduced in the Indian market which made the existing Tata & Mahindra line-ups look dated. But look what that did? It only added to the steely resolve of both our homegrown auto manufacturers. They went back to their drawing boards, rolled out new visions and plans for their future and brought out brand-new, contemporary products which started their turnarounds. For this, both Mahindra & Mahindra and Tata Motors deserve huge pats on their backs.

The Indian car buyer has evolved consciously and has changed his preferences. Safety became paramount in car-buying criteria in recent years and Tata Motors kickstarted this movement with its excellent 5-star offerings, with Mahindra quickly following suit. And with that came added, cutting-edge tech into either company’s modern-day launches and that started to show in its sales numbers. It has been a remarkable turnaround for both Indian auto manufacturers – more so because they started fresh and revamped their entire lineups to bring out newer, better, all-rounder products for each section of the car buying public. Never-before-seen mass market features are now offered in affordable segments which are definitely telling on the sales numbers. Now, Indian car manufacturers are not playing catch up anymore. In fact, the competition is now desperately trying to do some serious catching up to them!

May they continue to grow and prosper. Other companies are now sitting up and burning their midnight oils, which will in turn help bring out better products from them in the future, in turn. God bless the competition!

Here’s what BHPian pqr had to say about the matter:

Tata Motors and Mahindra, combined, achieved the highest market share (23%) in 2005 and 2006. The rule is simple and the same for everyone; get the ‘product’ and the ‘price’ (2P’s out of the 4P marketing model) right, and market share will grow. The opposite is also true.

Even one product (Nissan Magnite) can do wonders with a wafer-thin dealership network (‘place’ – of 4P marketing model). And sometimes an entire product portfolio cannot (Sunny, Micra and Terrano).

Here’s what BHPian SoumenD had to say about the matter:

Kudos to TATA & Mahindra for putting their hearts out in developing great products. With the kind of reputation they had garnered (Taxi image of TATA for example) this wasn’t going to be an easy job. What’s commendable is they just didn’t try to copy market leaders like Ford tried with new-gen Figo/Aspire (trying to copy Swift/Dzire), rather went ahead and created their own USP in safety standards.

With global players leaving us one by one, it’s TATA & Mahindra I look forward to as my next upgrade as their products in the 20-25L range are actually aspirational(as well as VFM) now. Who would have thought this 5-10 years ago? 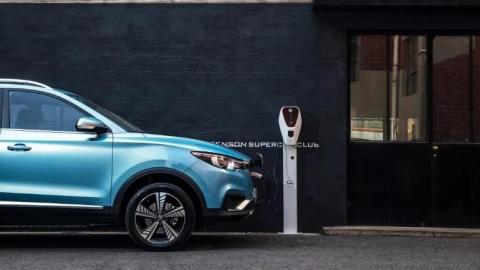 MG Motor to set up EV charging stations in India