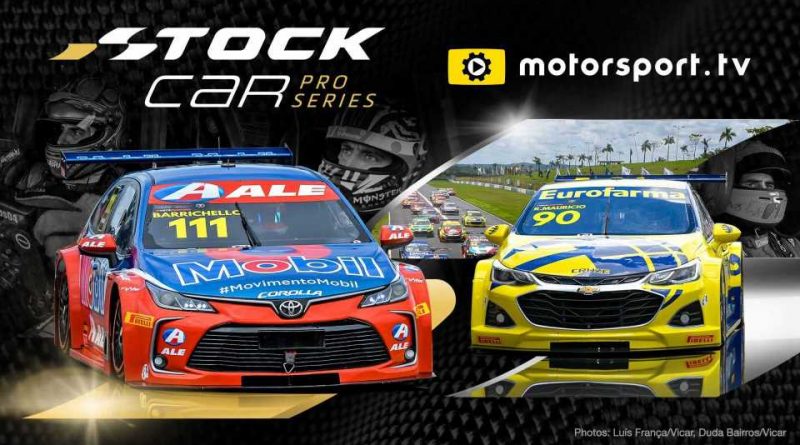 The OTT platform will stream every round of the Stock Car Brasil series live.

Starting this weekend all 12 rounds of the championship will be live streamed in a deal which is sees Motorsport.tv holding exclusive rights worldwide with non-exclusive rights in Brazil and Argentina. Stock Cars Brazil also joins Motorsport.tv’s fast growing partner channel programme, giving fans behind the scenes content from the series and its stars.

Brazil’s premium domestic race series is one of the most important in South America and has a long-standing tradition of attracting former Formula One drivers. Established in 1979, the series has been providing non-stop race action for 40 years and teams and drivers battle it out on track.

Although important in South America, the series has an international following, with drivers from race series such as Formula One, IndyCar, FIA World Endurance Championship and 24 Hours of Le Mans take go head-to-head. Notable Brazilian racing drivers who will be on track this season include ex-Formula One Grand Prix winners Felipe Massa and Rubens Barrichello as well as ex F1 drivers Nelson Piquet Jr and Riccardo Zonta, and 2-time 24 Hours of Le Mans class winner Daniel Serra.

This is the first time that Motorsport.tv is streaming Stock Cars Brasil and shows a further evolution of the OTT platform moving towards more live content. The platform plays host to over 1000 livestreams a year from over 125 racing series, as well as its extensive collection of video on demand content.

The platform also recently announced Motorsport.tv Live, the world’s first  motorsport rolling news channel thatwill deliver breaking news as it happens from around the globe hosted from studios in London and Miami.

The additional exposure that Motorsport Network can bring to Stock Cars Brazil, through their 56-million monthly users across global platforms like Motorsport.com and Motor1.com, will bring the race series to a whole new audience. Not only will this increase the strength of the series from a consumer perspective, but also will bring up the commercial viability of the championship, leading to more major brands and manufacturers drawn to the competition.

Eric Gilbert, President OTT, Motorsport.tv said: “We’re absolutely thrilled at Motorsport.tv with this partnership with the famed Stock Car Brazil series. This is a multi-level partnership that includes an official channel on Motorsport.tv, worldwide livestream rights for all the races, short form content, and also editorial support with our sister company Motorsport.com. Stock Car Brazil is the top national series in Brazil, and has a strong international presence, with many former F1 and IndyCar drivers. In 2021, the series is stronger than ever and well positioned to appeal to a global audience. The international reach is definitely where we want to contribute with our own production and commentaries, and editorial coverage.”

Felipe Massa, Racing Driver said: “It is a great pleasure for me to race in the Stock Car Pro Series, I am super motivated and happy to enter this series that I always wanted to compete in, especially now with the broadcast of Motorsport.tv, which is part of Motorsport.com. It is incredible to be part of a championship in Brazil, but with broadcast to the whole world. Passionate motorsport fans will be able to see me, as will the other drivers on the grid. Congratulations to Motorsport.tv, and Stock Car for the important changes that will benefit drivers and fans.”

Every month over 56 million dedicated users visit a Motorsport Network digital property, to buy, to learn, to be entertained, or simply to feed their passion for cars and racing.

We sit at the heart of the Racing and Automotive industries and provide authoritative thought leadership as well as unique experiences to our customers. We take them on a customer journey that encompasses news and insights, events, tickets, games and esports, so we leverage the network effect to add value to their experience.  We use our inhouse technology and modern data tools to continuously test, learn, and improve. Our processes, content creation and products are constantly evolving to better serve our audience. 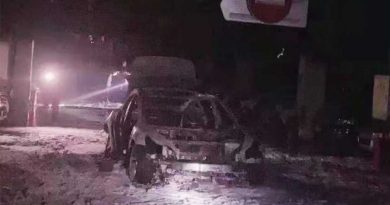 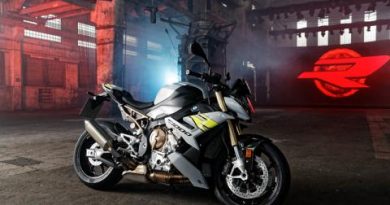 The Nissan '400Z' Will Look Just Like The Proto-Z Concept, Patent Images Reveal