BHPian rainmaster recently shared this with other enthusiasts.

Last week, I picked up the Toyota Urban Cruiser to replace my Dad’s 2012 Figo which had run 214k kilometres. The Urban Cruiser was not there in my initial shortlisted cars. With an ex-showroom price limit of Rs 9.99 lakh, the primary contenders were the Ford EcoSport Diesel Titanium, Mahindra XUV 300 W6 and the fallback option, the Maruti Suzuki S-Cross.

Unfortunately, Ford decided to wrap India operations and with it, my booking and dream of owning an EcoSport went out of the window as well. With my budget, the XUV 300 came only with bare bones. For one million rupee cars, Mahindra is not offering rear defogger, wiper and driver seat height adjustment. So dropped XUV 300 and finalized and booked the S-Cross Zeta variant. While waiting for delivery, decided to check out Urban Cruiser. One lengthy test drive of Urban Cruiser had completely changed my perspective of the compact SUV.

After driving 300 km in a week’s time, sharing my initial observation

It’s a head over heart decision, the Toyota Urban Cruiser will be our primary family haulier and as of now, it looks like the Urban cruiser is up to the task. Urban Cruiser/Brezza can share the “Jack of all trades” title in compact SUV space and that might be the reason even with only a single engine option, it finds plenty of takers. 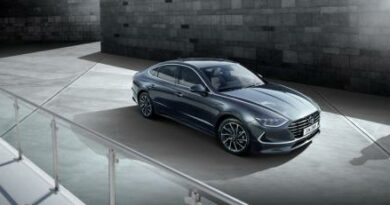 Hyundai might discontinue the Sonata as sedan sales crash