Home » News & Features » So, There Are a Few Things Wrong With My Very Cheap Mercedes 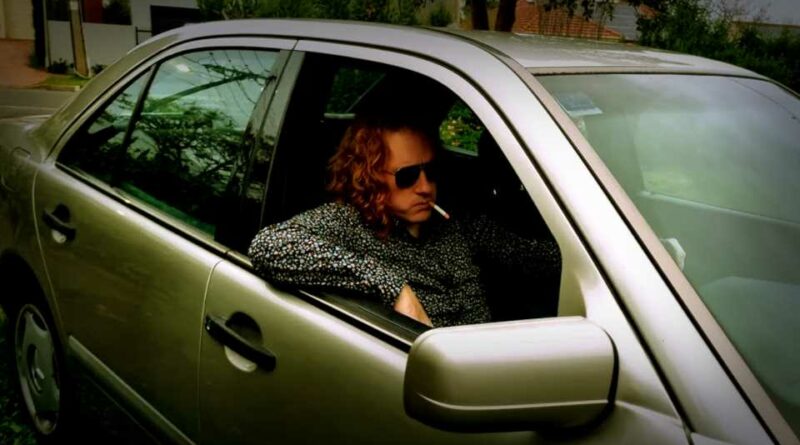 Yesterday, I told you all a beautiful tale. I took a risk and bought a cheap old Mercedes, and came out the victor. With my 1998 Mercedes E240 in Smoke Silver, I was certain I’d landed myself a squeaky-clean vehicle in which everything worked. As I hinted at the end of the last piece, though, the situation on the ground deteriorated shortly thereafter. Let’s dive into every little thing that’s gone wrong along the way.

As mentioned, I’d purchased the car in great condition, barring a dull whirr coming from the driveline that varied with road speed. It turned out to be the differential, and after a few days on my back in the driveway, I had it swapped out. Getting behind the wheel to hear nothing but the smooth, quiet hum of the car gliding down the road was utterly glorious. With this job done, I was convinced I was in for years of peaceful motoring ahead in my comfortable luxury sedan. 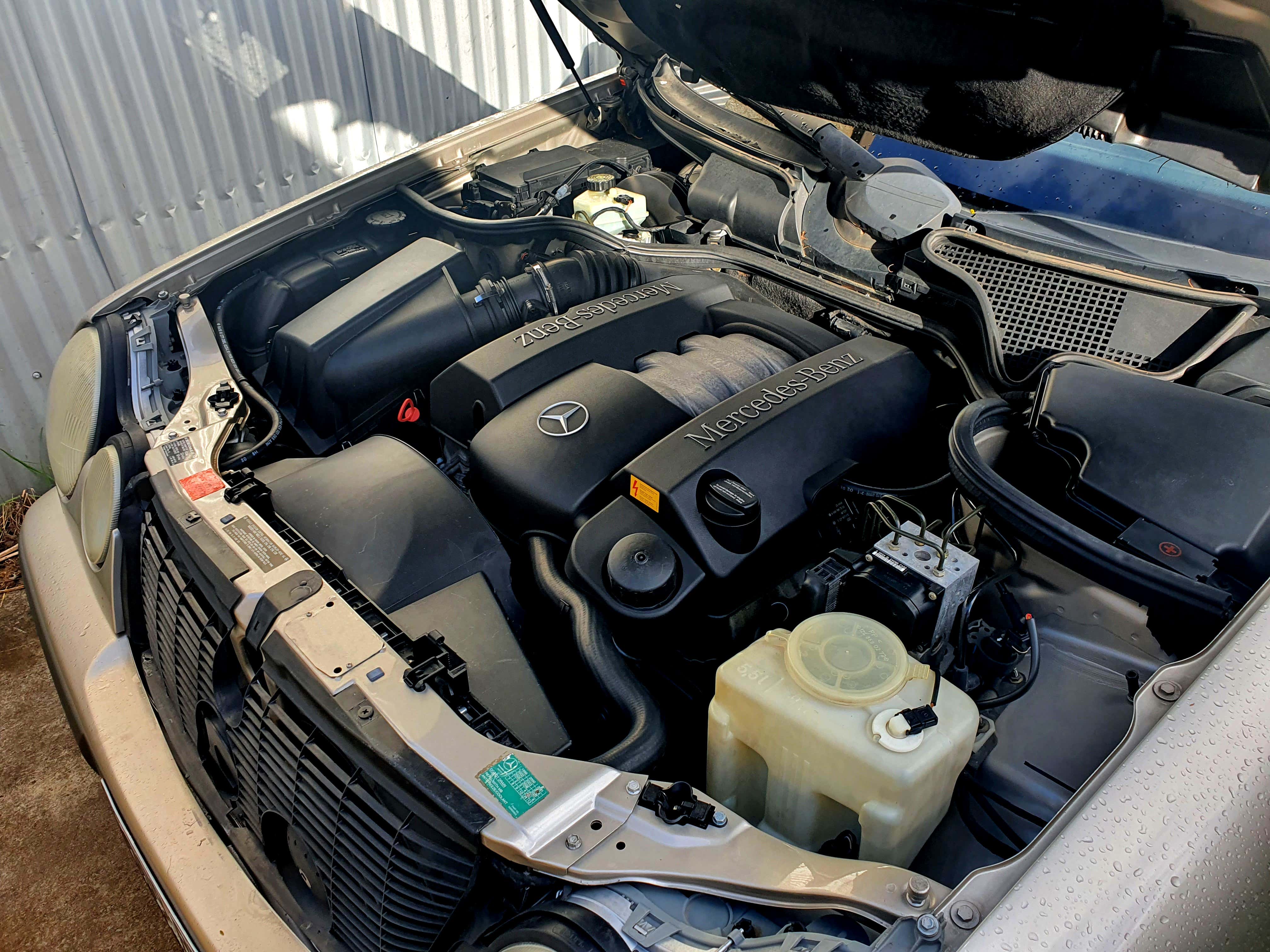 Thankfully all the hot, spinning bits are still fine.

Reality cut that shorter, sadly, to just a few months, but I tell you, they were sweet. Cruising around in a car that still had its clear coat intact was a novelty itself for me, given some of my recent rides. I will say, that the car has remained operational and mechanically sound thus far. But the first harbinger of the storm to come arrived to the sound of a beep: “LAMP DEFECTIVE.” It was actually pretty fun in a way! You can sing it along to the rhythm of My Sharona.

The warning started flashing up on the dashboard screen from time to time, occasionally when hitting the brake pedal, other times completely at random. The maddening thing about it was that, initially at least, none of the lights appeared to be out. Even the license plate bulbs were perfectly fine. This warning now happens every time I start the car, but it’s okay. One front headlamp has since failed and one of the taillights too, so at least I know where to start looking.

The next fault was a complete surprise. Sitting at the lights one day, as I came off the brake pedal, I was again greeted with a single insistent beep. This time, it was double trouble. The dash indicated faults with the Brake Assist System (BAS) and Acceleration Slip Regulation (ASR) system. The former assists in generating maximum braking effort in emergency situations, while the latter is simply Mercedes’ own acronym for traction control at the time. 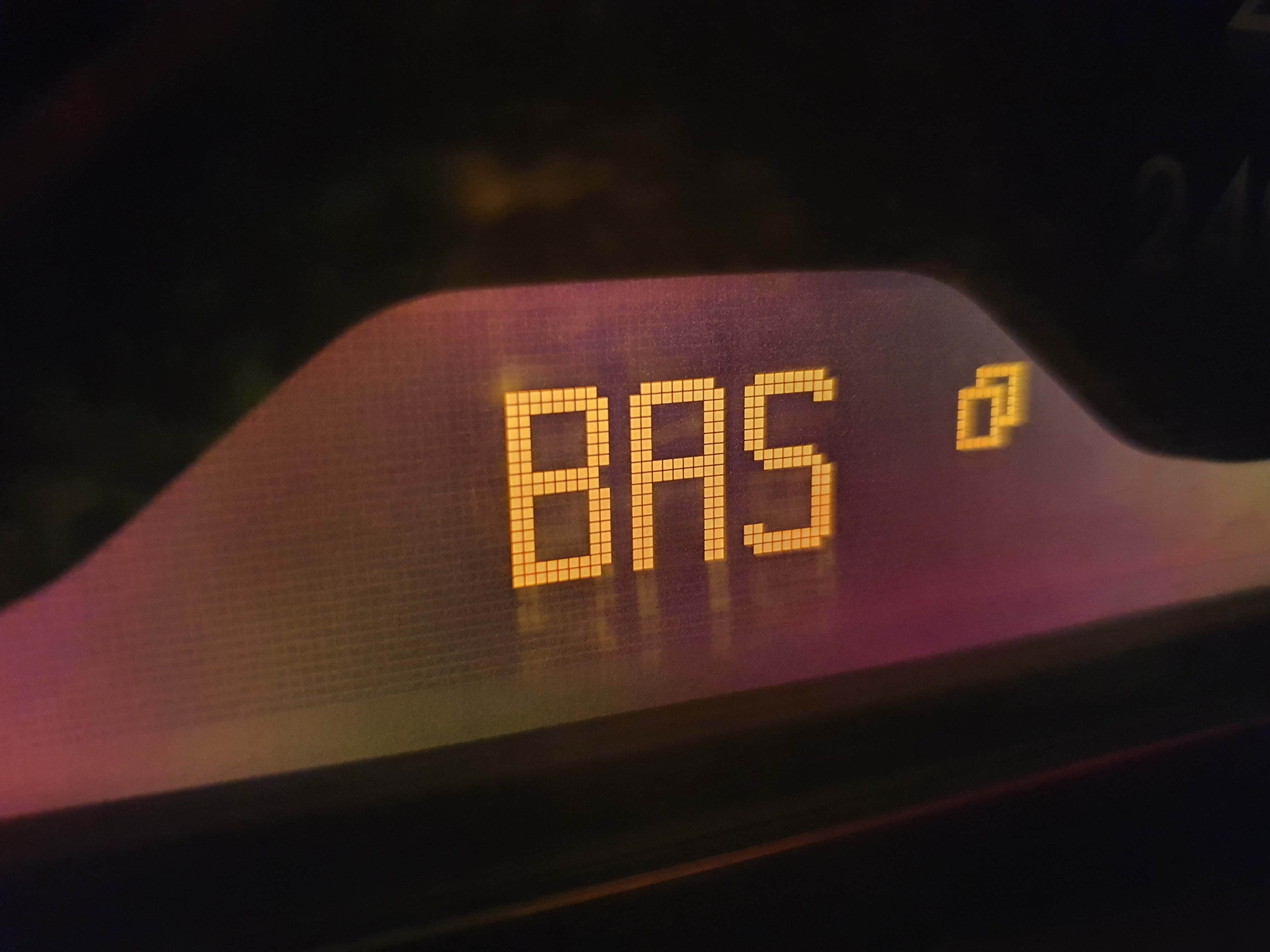 With these systems down, I was also unable to use the cruise control either. This wasn’t all bad, as I find cruise control incredibly frustrating. Unless I’m on an open country road, I always find myself engaging and disengaging it every 30 seconds and hating the whole experience. Having it disabled actually allows me to lead a more peaceful life.

Regardless, the warnings were annoying, so I dived into research as to the possible cause of the problem. It’s usually due to a failed brake pedal switch. This would make sense as the warning regularly triggers when I lift my foot off the brake pedal. Thankfully, it’s a part that’s readily available and costs less than $50 to replace so I’m not too fazed. Interestingly, similar symptoms can also be a sign of a slowly weakening battery, too—one strong enough to start the car but that occasionally dips in voltage when loaded. However, the car always starts strong so the former cause seems more likely.

The most annoying problem thus far is the power windows. They’re absolutely crucial for a hardworking journalist who picks up 70 percent of all meals at a drive-thru window (no questions on this please). Perhaps the most prized feature of my cherished E-class, mine has auto-up and auto-down switches for each and every window; a true luxury beyond all compare. Or, it would be, if they worked at all reliably. Instead, near-randomly, one or more windows will simply stop responding to button presses entirely.

The reason is, unlike simpler systems in older cars, Mercedes got fancy with the W210 E-Class. Each door has a Door Control Module, responsible for controlling the power windows, as well as the power mirrors in the front.  These modules receive signals from the center console controls via the CAN bus. These modules can fail, or even worse, send corrupt messages on the CAN bus that cause other modules to crash. The W210 series is famously known for failures in the right-rear door module in particular, which can cause mysterious issues across all four power windows. To reset crashed  modules and restore functionality, one must disconnect the battery or pull out fuses for the individual door modules, one by one.

In my case, popping the fuses to the various windows usually coaxes them back into life for days or weeks at a time. Disabling individual suspect modules hasn’t shown any promise in keeping the system going, however. Thus, I’m not convinced this is the typical right-rear module playing up and messing up the rest. Often, they’ll all work for just long enough for me to forget the issue entirely, only to roll up to a coffee joint and have them fail again. Then I have to open my entire front door to grab my morning latte at the window. I tell you, my readers, it makes me feel like a dick.

Troubleshooting has hit a dead end here, for the time being. Normally I’d tear apart the doors and see what’s what but I really don’t want to spoil the relatively decent interior I have with such carnage. Instead I’ll likely have to purchase a specialized scan tool to diagnose the issue. Leaving it at a workshop for weeks waiting for the power windows to fail again is simply too expensive an exercise. 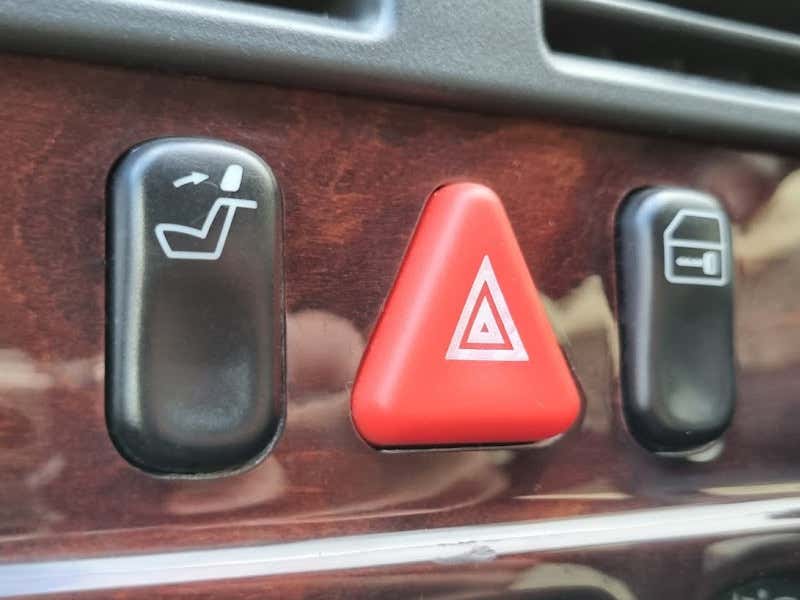 Fear not. The rear headrest dropper still works like a charm.

If that wasn’t enough, the last fortnight has seen the central locking randomly stop responding to all but the closest of keypresses. Except on other days, when its fine. Oh, and the magical digital infrared keyfob sometimes takes three attempts to authenticate with the ignition before I can turn the car on. Oh, and there’s now a barely perceptible vibration through the steering wheel that tells me one of the front wheel bearings is getting tired. I have precisely zero bandwidth to deal with any of these right now.

I have a handful of options open to me. It seems that I do have some bulbs to replace, and the brake switch does diagnose as faulty. The rest of the issues are far more diffuse, intermittent, and annoying, however. Part of me refuses to believe the problem could be a weak battery. While it’s listed as a potential cause of many of these issues, it also seems to be doing a great job of starting the car, which is the hardest job of all.

When I get a moment to breathe, I shall have to dig under the back seats and learn more about the battery that lives there. If it’s more than a few years old, or if the voltage dips hard when starting the engine, it may actually be the answer to many of my present woes. I actually pray that this is the problem. Having to dig in to the door cards would be an awful job, and scan tools aren’t cheap either. The chances of damaging the interior is high, and I really don’t want to dig through wreckers for obscure window modules. But if that’s what it takes to maintain the slickest sedan to roll through the local KFC, well, that’s what it takes. Thy will be done.

Of course, this is by no means a defeat! Mercy is still getting me around town in style, and everything important still works. I absolutely love her to bits, and have zero regrets. But it just goes to show—you can get into a Mercedes cheap, but you might find it harder to get out unscathed. Wish me luck. 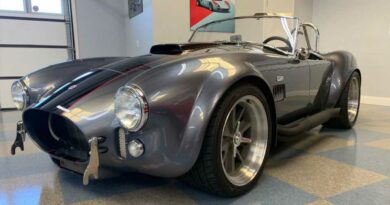 Finally, There's a Shelby Cobra on the New Season of Cobra Kai 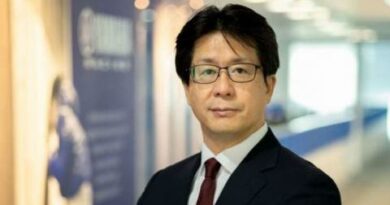 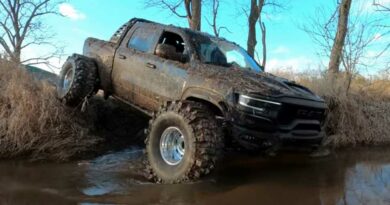 Ram TRX-Jumping YouTuber Ordered to Pay $53,000 for Driving Through Creek