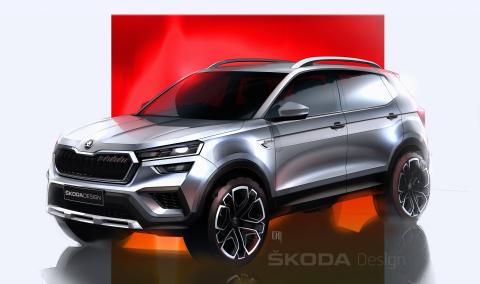 The Kushaq’s design is heavily inspired by the Vision IN concept.

Skoda has released design sketches of the upcoming Kushaq. The crossover is scheduled to make its global debut on March 18, 2021.

The Kushaq is based on the MQB A0 IN platform. Its design is heavily inspired by the Vision IN concept that was showcased at the 2020 Auto Expo.

The Kushaq has a front fascia that’s typical of Skoda cars with a chrome grille flanked by slim headlamps. A set of fog lamps is positioned just below the main headlamp clusters. At the rear, the crossover features L-shaped tail lamps. It has chunky bumpers with integrated skid plates, flared wheel arches, roof rails and a roof spoiler.

In India, the Kushaq will be offered with two turbo-petrol engines. These include a 1.0-litre TSI and a 1.5-litre TSI, while transmission options will include a 6-speed manual, 6-speed automatic and 7-speed DSG. 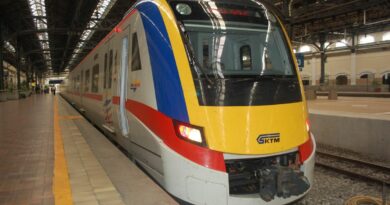 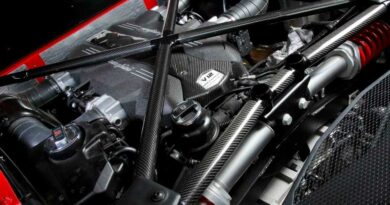