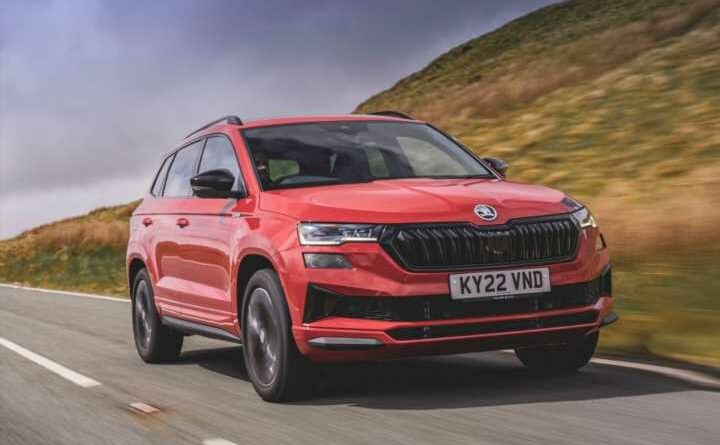 The Heads of the Valley road shows how you can take something great and screw it up. The Karoq shows how to do things properly…

The A456 Heads of the Valley road, between Abergavenny and Brynmawr, is a magnificent engineering achievement. A quite awe-inspiring section to drive along and witness the extent of human endeavour as this stretch of Tarmac scythes through the tortuous, rocky topography that’s been blasted away either side. It was nearly ten years in the making, cost something like £800m, and was designed to transform an outdated, single-carriageway A road saddled with a 50mph limit, into a smooth, faster and freer-flowing dual carriage.

Like all these infrastructure projects, it’s had its issues. It ended up £100m over budget, and during the construction process drivers have had to endure average speed cameras guarding a pedestrian 40mph limit, but that’s fine. No pain, no gain, as they say. And you can’t help but salute the engineers and construction workers that made it happen – their legacy is a fantastic one.

Yet the Heads of the Valley road is also a depressing demonstration of political incompetence. After all the pain, what has been the gain? Let me tell you: next to nothing. All those poor people who’ve endured years of misery sitting in contraflows but imagining the result would be worth it in the end, now have to sit at guess what speed? 50mph – yep, exactly the same speed as before. Naturally, this is rigorously enforced with average speed camera to ensure compliance.

What’s the ‘reasoning’ behind this bit of legislative ineptitude? Something about the risk of accidents because of visibility and reducing the environmental impact of the scheme. You couldn’t make it up. This road is easily capable of supporting a 70mph limit. It’s wide and well sighted. And as for the environmental argument, what kind of idiot sets out to make a road faster by carrying out a construction project, and then claws back the environmental cost of the construction by slowing it down again? If it was all about saving the environment, wouldn’t it have been simpler just to leave it the way it was? This would be funny if these people weren’t real and in charge.

What we’re talking about here, is meddling. Taking something good and ruining it, which brings me on to the Skoda Karoq 2.0 TDI Sportline – the car I was driving along the Heads of the Valley road. Has it been ruined by the all the Sportline additions? Thankfully, no it hasn’t.

I like Skoda’s approach of fielding no-nonsense but sound cars for sensible money. It’s a Skoda, so you subconsciously get in with lower expectations than you might with, say, a Volkswagen, and you invariably get out pleasantly surprised by how good it is. In fact, the general rule is that the latest Skodas are even better than the Volkswagens they share so much commonality with, in terms of platforms and mechanicals.

The Welsh Government’s dubious politics made me think about a tale of inter-company politics within the VW Group that, when I heard about it, struck me as just as non-sensical. I remember a conversation I had a few years back with a senior member of Skoda’s management team. I asked him about a rumour that had been circulating that Volkswagen was putting pressure on the Czech brand to differentiate its products more from its parent company’s. In other words, make Skodas less good. He said that yes, there had been discussions along those lines, but the response from Skoda was: instead of making our cars worse, why don’t you just start building better Volkswagens? That, I thought, was just the sort of common sense that Skoda is known for, and the thing the Welsh Government is lacking.

The top-of-the-line Karoq Sportline has common sense running through it. Some car companies add stuff to their more expensive offerings that ruin the car and then charge you lots of money for the anti-privilege. Bigger wheels and sports suspension that spoil the ride; a four-wheel drive system that removes half the boot; or a panoramic sunroof that eats into headroom like a roof chop. This being the most expensive trim in the Karoq range, and the most expensive version of that trim, I wondered whether that would be the case here, but no.

I know it’s a slightly boring family SUV, but the Karoq is a good car with very few weaknesses, other than its perceived mundaneness. But if you just want a dependable hack to do the daily grind of carting the family around, it’s brilliant. It rides nicely, handles tidily, it’s generally refined, the range of engines is strong, the interior is robust and well finished, and it’s surprisingly practical. And I am pleased to report nothing has changed dramatically with this 2.0 TDI Sportline 4X4 spec.

For a start, Skoda has left the suspension as is. The basic set-up offers a good compromise between handling and ride. I am not saying it’s a full-on driver’s car, but it copes well enough with spirited driving to mean you can crack on and trust what’s underneath you. Sure, if you go all the way to the edge and drive it like you stole it – get the suspension fully loaded-up round a corner with a few bumps halfway through – the safety-first front end will let go and you’ll notice some mildly wayward vertical body movements, yet even then it’s not lairy. And let’s face it, how many of the target buyers are going to push it that far? I also think it steers well – the set-up is sensibly weighted and accurate.

More importantly, because they’ve left the suspension alone the ride remains decent. Perhaps not quite as supple on the Sportline’s 18s as it would be on the entry-level Karoq’s 17s, but still very much in the ‘comfortable’ bracket. Continuing that theme are the upgraded vRS sports seats. They might look like something you’d find in a Dakar car and not ideal for everyday duties, but they’re even more supportive than the standard seats in bends but lose none of the long-distance comfort. They are great.

Now, the 2.0 TDI engine is not the ultimate example of smoothness. It’s a bit grumbly at idle or just above, but once it’s past 2,000rpm that disappears and you hardly notice its compression ignition signatures. What you do notice is its prodigious diesel torque, and that’s extremely handy if you want effortless performance. It means you can cover ground with a light foot and at times edge the trip computer towards 60mpg, which translates to about 500 miles of range. In fact, my only issue with the drivetrain was the DSG’s sluggishness at times.

This car had four-wheel drive and a panoramic roof fitted as standard, so did those ruin the practicality? Not really. The Sportline doesn’t come with VarioFlex rear seats, which means the boot is smaller than other Karoqs’, but it’s still 521 litres. That’s big, and when you drop the back seats it’s cavernous. I had to do a massive house-fitting shop at Dunelm, and after laying the rear seats flat I squeezed in four trolley loads of stuff. And when there wasn’t four trolley loads of stuff in the back, I could still sit in the back seats without ducking underneath the glass roof because the headroom was so generous to begin with.

In fact, after a week driving the Karoq Sportline, there were only two things that I thought were a bit ‘Welsh government’. Firstly the name, because it’s not that sporty, really, and secondly the price. At £38,800 it isn’t cheap, but at least it’s well equipped for that money, so unlike the A456 it’s not going to come in hugely over budget because you’ve had to add a load of extras. The most expensive additions to this one were a removable tow bar (£1,090), a technology pack that includes wireless charging and virtual cockpit (£600) and metallic paint (£300), none of which are default essentials.

As I was sat in the Karoq, stuck at an inconceivably slow 50mph travelling along this wide-open expanse of beautiful blacktop, it struck me that the Karoq is everything the Heads of the Valley road is not. Skoda’s tagline is simply clever, and the Karoq is just that. Meanwhile the Welsh Government are simply a bunch of… So I vote we put Skoda in charge of the country, or at least its infrastructure. 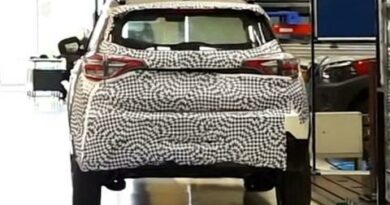 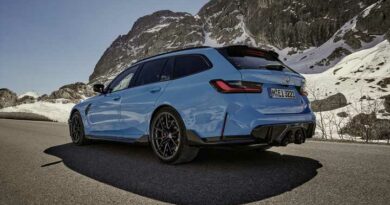 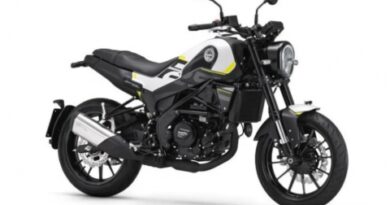