The coupe version is expected to be offered with the same set of powertrain options as the regular Enyaq iV.

Skoda has given us a preview of the upcoming Enyaq Coupe iV electric SUV through a couple of design sketches. The car will be officially revealed on January 31, 2022.

The upcoming electric model is the coupe version of the Enyaq iV that was revealed in September 2020. The car is based on the VW Group’s MEB platform.

The EV looks similar to the standard car except for the sloping roofline. At the front, it has Skoda’s signature grille flanked by twin-pod LED headlights and an aggressive-looking front bumper.

The Enyaq Coupe iV is expected to be offered with the same set of powertrain options as the regular Enyaq iV. These include single-motor variants with outputs ranging from 146 BHP to 261 BHP. It is also offered with a choice of three battery packs: 55 kWh, 62 kWh and 92 kWh, offering up to 510 km of range on a single charge. 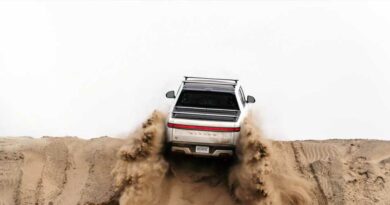