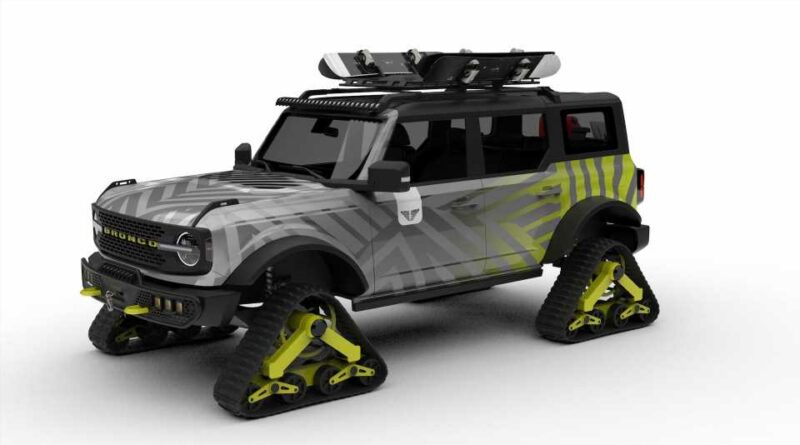 After taking 2020 off, the SEMA show is back for 2021. Ford will be in attendance and showing off all the cool stuff you can do to the revived Bronco off-roader (and its Bronco Sport crossover sibling) by way of not one, not two, not even four, but six custom Broncos on the show floor this year. Two of those will be Bronco Sports and the remaining four will be Broncos proper. The builds consist of a mix of official Ford Performance accessories, aftermarket parts, and custom-fabricated elements that both enhance the models’ off-roadability and show just how bespoke a Bronco can get.

Ford is also announcing the availability of a handful of official Ford Performance upgrades for the Bronco: a front-drive unit supporting a gearset of up to 5.38:1, severe-duty steering racks and tie rod ends, a performance tune for the 2.3-liter EcoBoost motor, as well as new 17×8.5-inch Method 703 Bead Grip wheels that will be available from Ford dealers. Those off-road wheels are said to be made out of solid T6 heat-treated A356 aluminum and feature patented Bead Grip technology.

As for the one-off creations that’ll fill Ford’s SEMA 2021 booth, the most out-there example would probably be the quad-track Bronco built by Tucci Hot Rods to conquer deep snow and ice. Based on the four-door Bronco Badlands, the snowmo-Bronco is equipped with Mattracks 88-Series quad tracks, a winch, retractable running boards, and the seven-speed manual transmission. 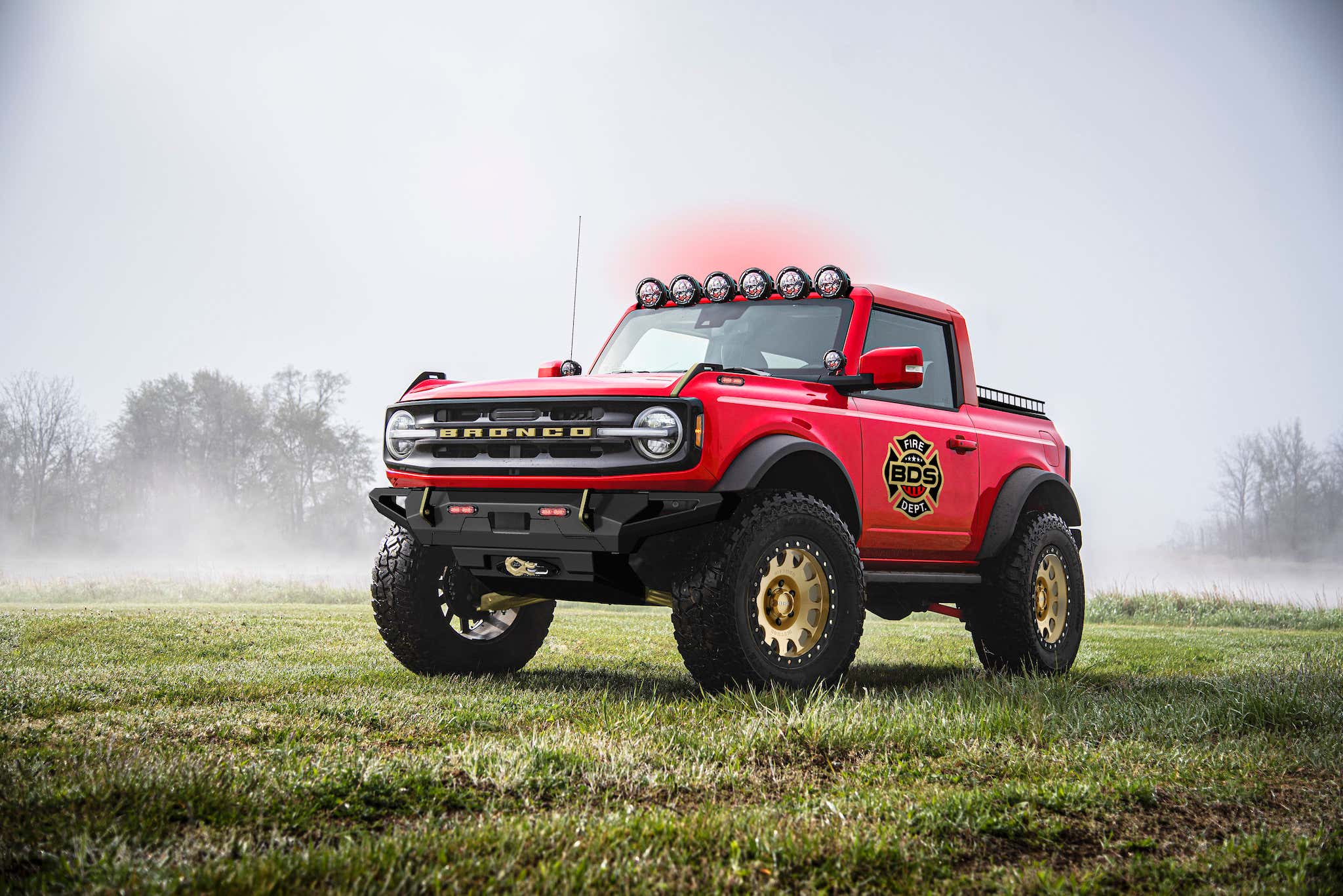 Not quite as radical but likely a lot more useful is a two-door pickup Bronco made by Fox Shocks subsidiary BDS Suspensions. Based on the two-door Black Diamond Bronco, it’s apparently been optimized as “the ultimate fire truck.” 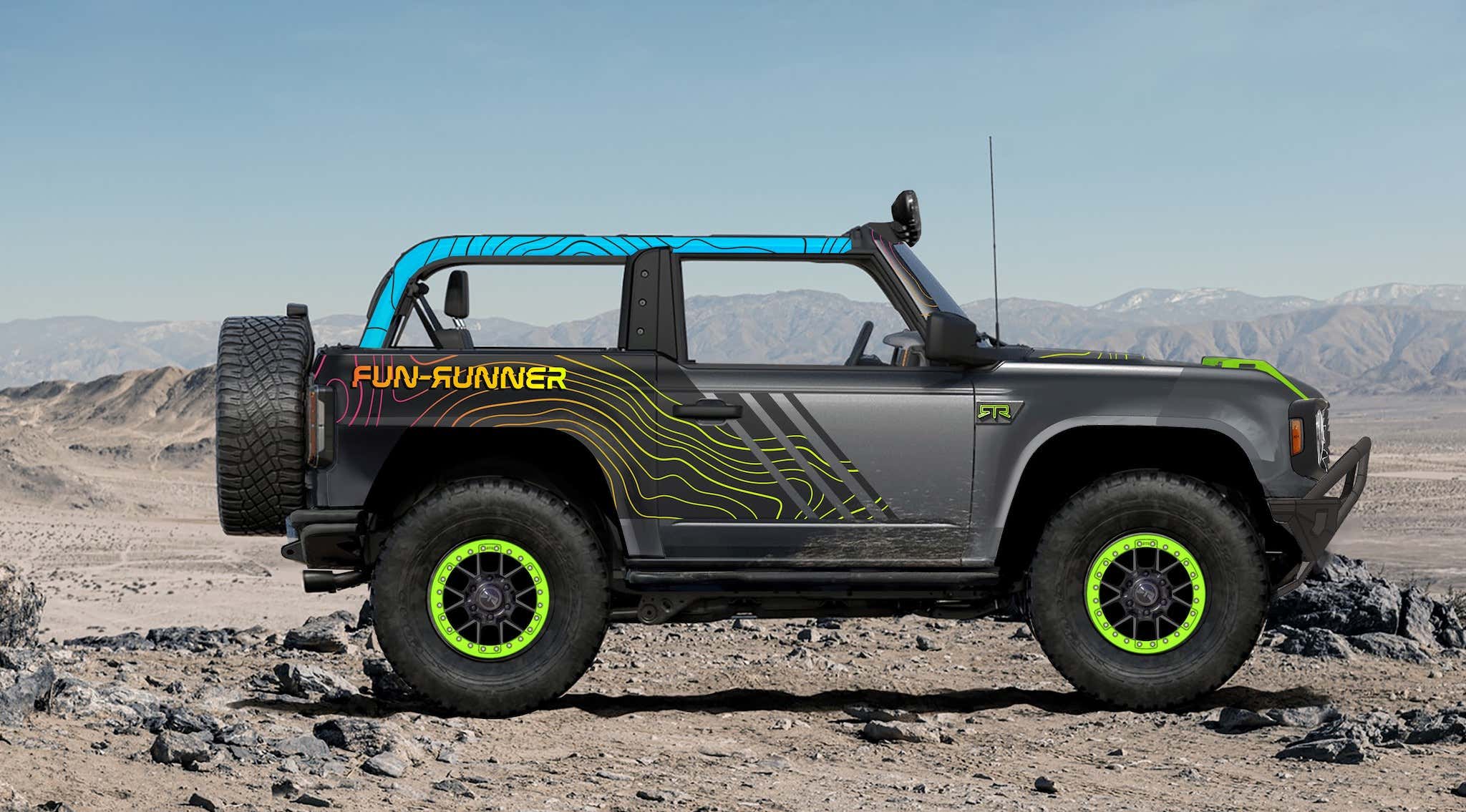 LGE-CTS Motorsports worked its magic on two “Baja Forged” Broncos: a four-door Outer Banks and a Bronco Sport Badlands. The former, built by veteran builder Theresa Contreras, blends upgraded Icon suspension with a whole bunch of interior creature comforts like an onboard fridge, premium JBL sound, an interior organizer, an under-floor safe while the latter features a two-inch lift and a Borla catback exhaust. The other Bronco Sport in the group was worked on by CGS Performance Products and is fitted with a CGS cold air intake, a ceramic-coated catback exhaust, forged wheels, and off-road tires.

SEMA is happening in Las Vegas starting Nov. 2 to 5. 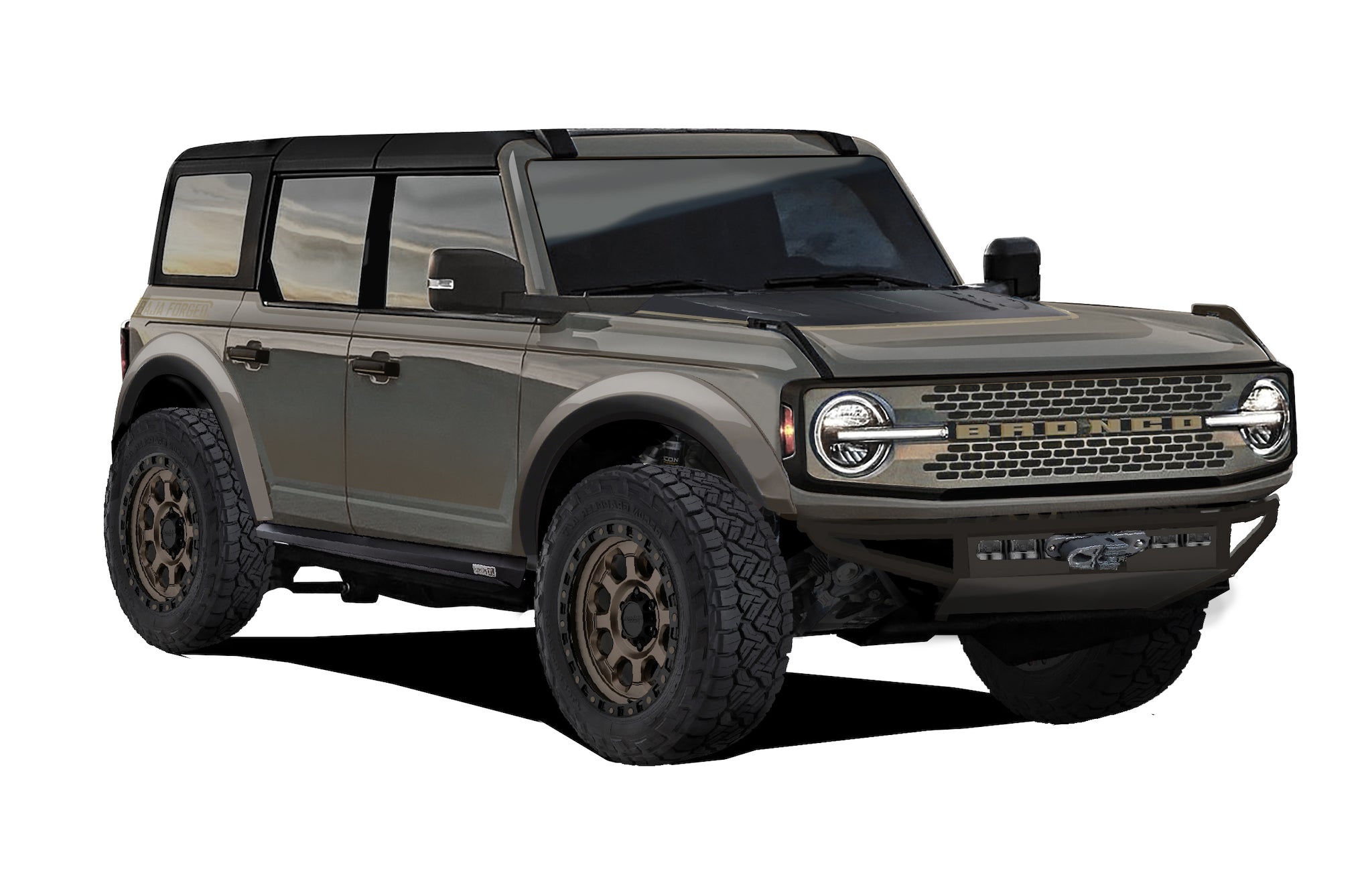 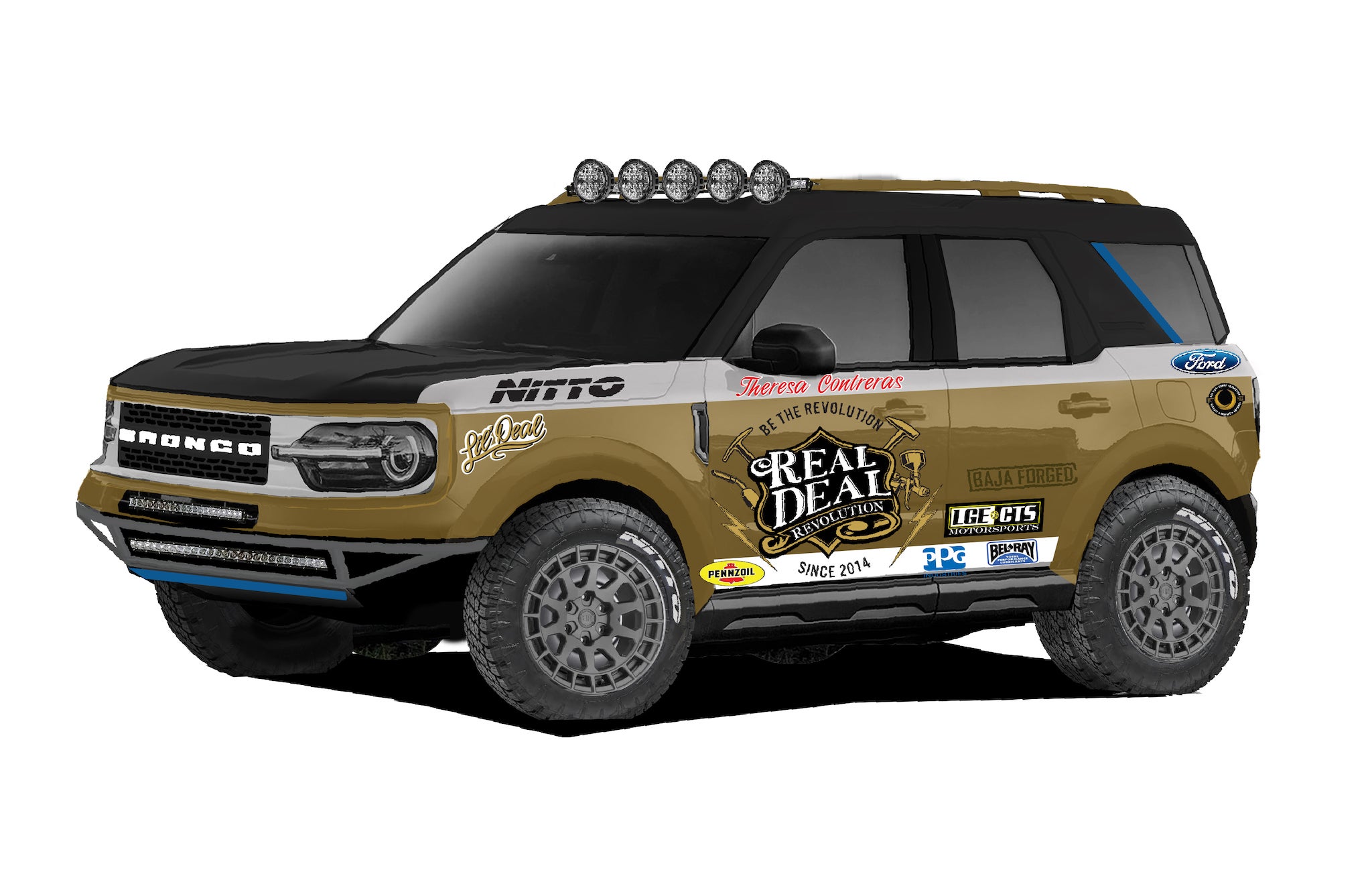 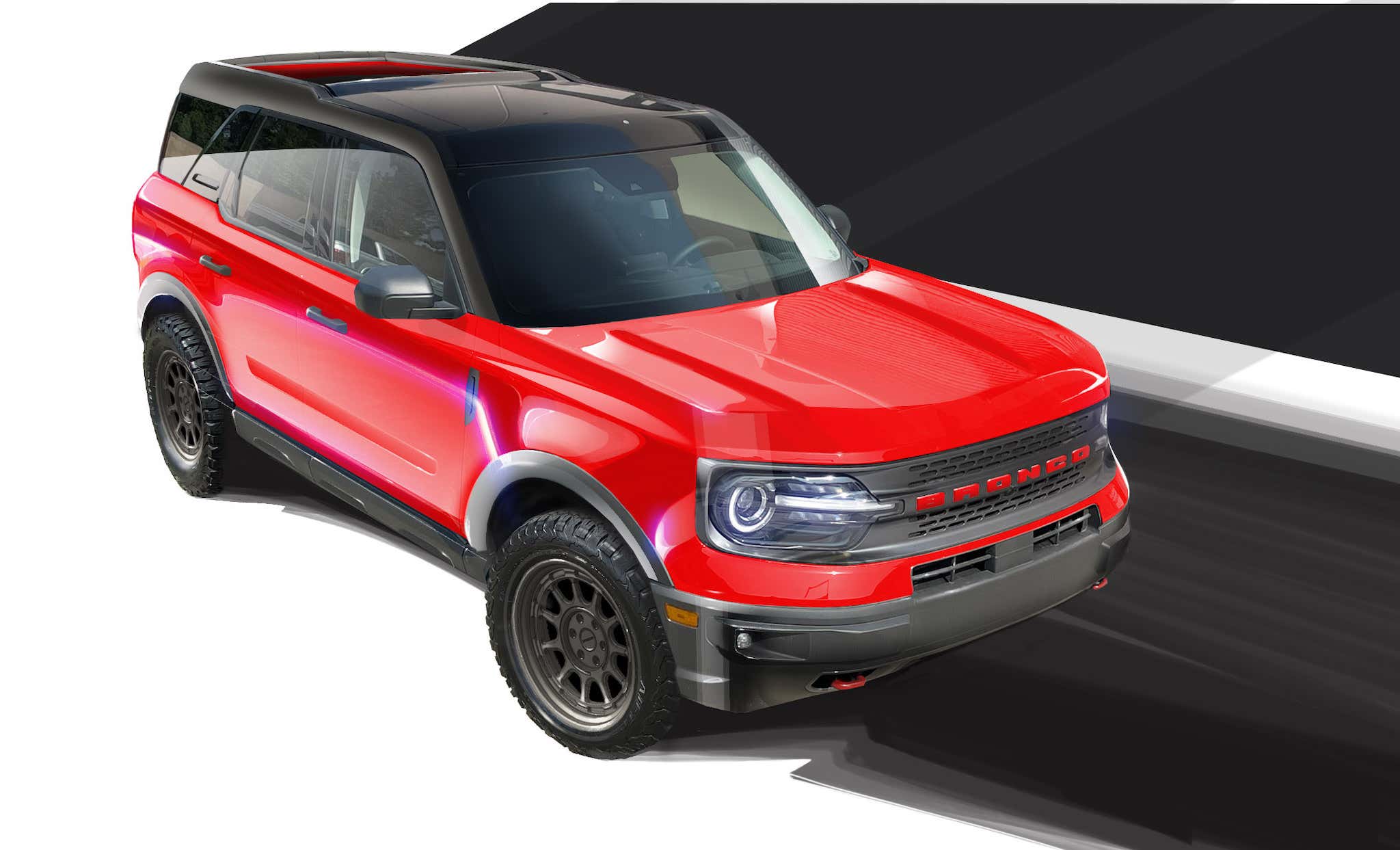 Got a tip or question for the author? You can reach him here: [email protected] 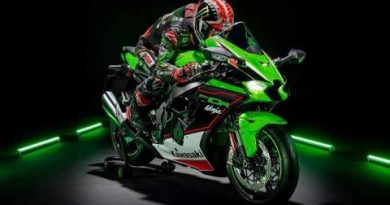 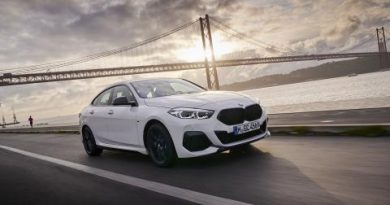 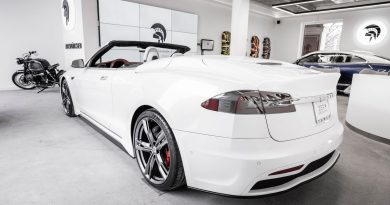 Ares Has Made A Two-Door Tesla Model S Convertible