Will be an upgrade from a 2015 Volvo XC60 D4, which he owned during his time in Botswana.

BHPian Sounak04 recently shared this with other enthusiasts.

My brother has been residing in Gaborone, Botswana. He previously used to own a used BMW 1 series and a used Land Rover. Currently, he owns a 2015 Volvo XC60 D4 with a 2.0L Diesel engine producing 190 BHP/ 400 NM paired to an 8-speed torque converter.

Now he is permanently returning to India next month and is on the lookout for a new German SUV.

He wants to go with a BMW only, as he prefers the driving capabilities of one.

He is not able to test drive the X3 or the X4 20i there. For that, he has to come to India only. And considering the waiting times of almost 3-4 times on a new BMW, he is thinking to book the car before his arrival in India.

Now the dilemma is:

Thank you in advance

Since he’s got 1 crore in his hand, why not go for an X5? The delicious 3-litre 6-cylinder turbo-petrol as well as the 3.0 turbo-diesel falls in his price range (SportX Plus), while the M-Sport & xLine are slightly above. Check for discounts at your BMW dealership and this could be a deal.

Firstly whether it’s the X4 or the X3, it’s the 30i engine that’s sold in India, not the 20i. To that end, in my personal opinion, the driving pleasure hierarchy would be something like this:

You haven’t mentioned which city he’s returning but IMO he can’t go horribly wrong with either the diesel or the petrol variant. If it’s NCR he may want to pick the petrol since resale of diesel might be a hint tougher down the line.

I’d recommend either the X4 30d (top choice) or if he’s not keen on diesel then either one of the petrol X4 / X3 depending on his preference for notchback vs conventional SUV. The X3 is likely to be marginally more comfortable at the back than the X4 while the X4 will feel sportier in the driver’s seat.

The 3.0 diesel should provide rock-solid reliability for a lot longer than 5 years. If his ownership outlook is only 5 years, I don’t see an issue with going with diesel.

I focussed excessively on the listed options in your post missing the 1 crore bit in the subject line.

Agree with GTO on the third option. The X5 has brilliant a petrol as well as a diesel engine and lower variants are in strike range of the 1 crore mark (if discounts are possible hopefully it’ll come closer).

This will be more comfortable than X3 and X4 and will also have a broader resale market in my opinion (not that resale alone should overly influence what you buy). X4 is an acquired taste for sure – not to everyone’s liking I agree.

The X5 carries the best form factor of the three, is reasonably recent in its iteration, has a stonking diesel, as well as petrol on performance and I personally, also find it the “right” size in external footprint – neither too big nor too small. I’d personally lean to an X5 over the X7 but that’s mostly because I prefer the external footprint of the X5.

Check for deals on this one for sure.

The Mercedes GLE is giving some discounts at the moment. A colleague just picked up a 300d* for a little under 1 cr on road in Mumbai post various discounts literally a few weeks ago (price includes some service pack also I think).

*Nomenclature trivia: The 300D unhelpfully denotes their four-cylinder variant while the 400D refers to the six-cylinder one – go figure indeed!

The big downside of course is the engine, which is strictly “adequate” for that price and size, especially when you pit it against the 6-cylinder diesel of the X5. 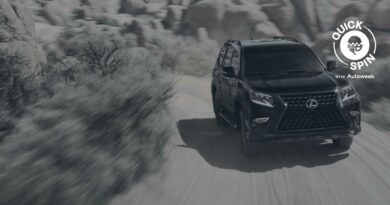 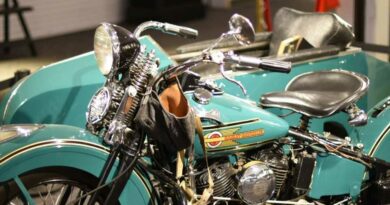