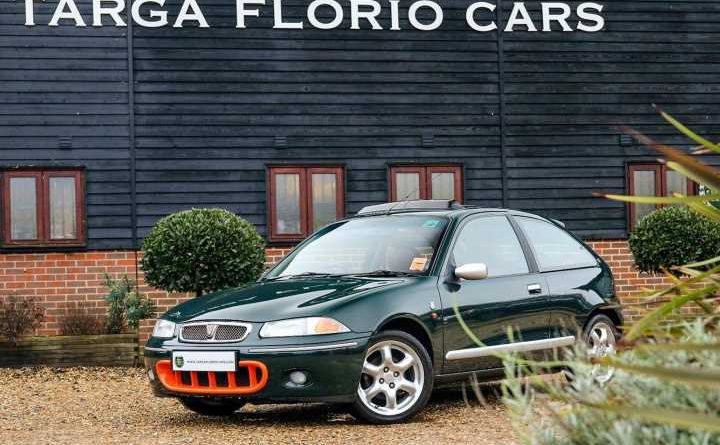 With very few ever made and just a handful left, there won't be many BRMs as good as this

Remember that odd lull for hot hatches in the late nineties? Insurance premiums had killed off the icons from Ford, Renault and Vauxhall, and it was just before the Clio 172 and first Civic Type R signaled a renaissance. It was an era defined by the Civic VTI, Bravo HGT and Almera GTI – not exactly pocket rocket legends. The Peugeot 306 GTI-6 could have been half as brilliant as it was and still would have been the cream of the crop.

Nevertheless, one or two interesting cars did emerge in the period. Though only the most dedicated Roverist might remember the 200Vi, which mated the most potent 1.8 K Series to the rather dowdy 200 body, the BRM was always a car that lingered longer in the memory. And not just for the leather…

Though seen by some as a slightly cynical marketing ploy to sell more 200s – cashing in on motorsport heritage is not a new tactic – the BRM was at least treated to some worthwhile upgrades in addition to the orange BRM bits. The engine remained standard, but its 145hp now powered through close ratio gears and a limited-slip differential. The suspension was lower and stiffer, too, giving the 200 a much needed shot in the arm dynamically. Auto Express declared the BRM had "all the talents of the Vi but crucially a far sharper feel."

But a lot of that was lost on the buying public, the 797 UK cars of the 1109 produced not finding homes all that quickly. Some of it was likely due to the BRM heritage probably not striking the right chord with the right customer – but mostly it was due to the price: £18k in 1998 was a lot of money. Rover dropped it to £16,995, then £13,495 in an attempt to flog them – apparently the last BRM wasn't registered until April 2002. The AROnline story about the BRM's troubled time is well worth reading – see it here.

The 200 BRM went on to do what a lot of Rovers – indeed a lot of cars – from that time did: it depreciated to a point where it was barely worth anything (one made it to Shed of the Week 10 years ago), and many were scrapped when the opportunity arose. Now there are thought to be fewer than 100 of the UK cars still taxed, which of course means they've reacquired some value – and there can't be many better than this one. It's covered just 38,000 miles since 1999, with a recommission of the K Series engine – yes, including a new gasket – having taken place a year ago. There is a gap in the service history when the car was presumably in storage – "the car had reportedly not seen sunlight between 2012 and May 2020", says the ad – but then such a low mileage would be impossible in a 22-year-old car without some period of inactivity. The attention it's been show before and after that time suggests careful ownership; the condition of the 200 both inside and out (including the Rover teddy bears!) implies it's lived a good life.

It'd be a shame for the BRM not to accrue a few more miles in the coming years, given the love it's seemingly been shown since the last century and the low mileage recorded. It's for sale at £10,990, which is probably the most asked for one since the early 2000s. But in a world of 205s, Clios and 5s for sale at megabucks, it's not unexpected. And while nobody is going to suggest the BRM has the iconic status of those cars, it isn't hard to see why a fervent enthusiast might be willing to part with their money for this one – it really does look lovely. Just be sure to look after that leather… 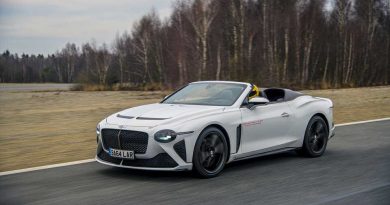