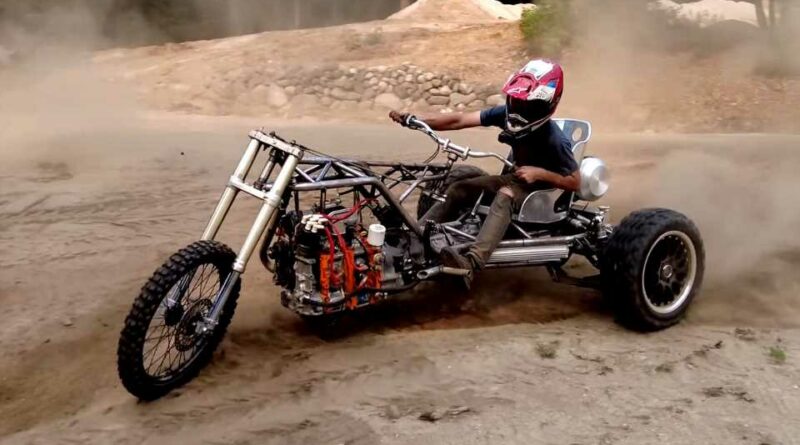 The Wankel rotary engine has plenty of fans. Capable of producing serious power in an incredibly compact design, it also sports an utterly unique exhaust note unlike any other engine. The design’s drawbacks of poor fuel economy and high oil consumption have kept it out of mainstream use, but it remains one of the coolest motors out there. That’s probably why Grind Hard Plumbing Co decided to throw one into their drift trike build.

That’s right, this tube-framed trike features Mazda’s legendary 13B rotary engine. In this application, it’s running naturally aspirated with a carburetor, all the better to keep things simple. Lifted from an RX7, the engine appears to be paired with its stock manual gearbox driving the trike’s rear wheels. 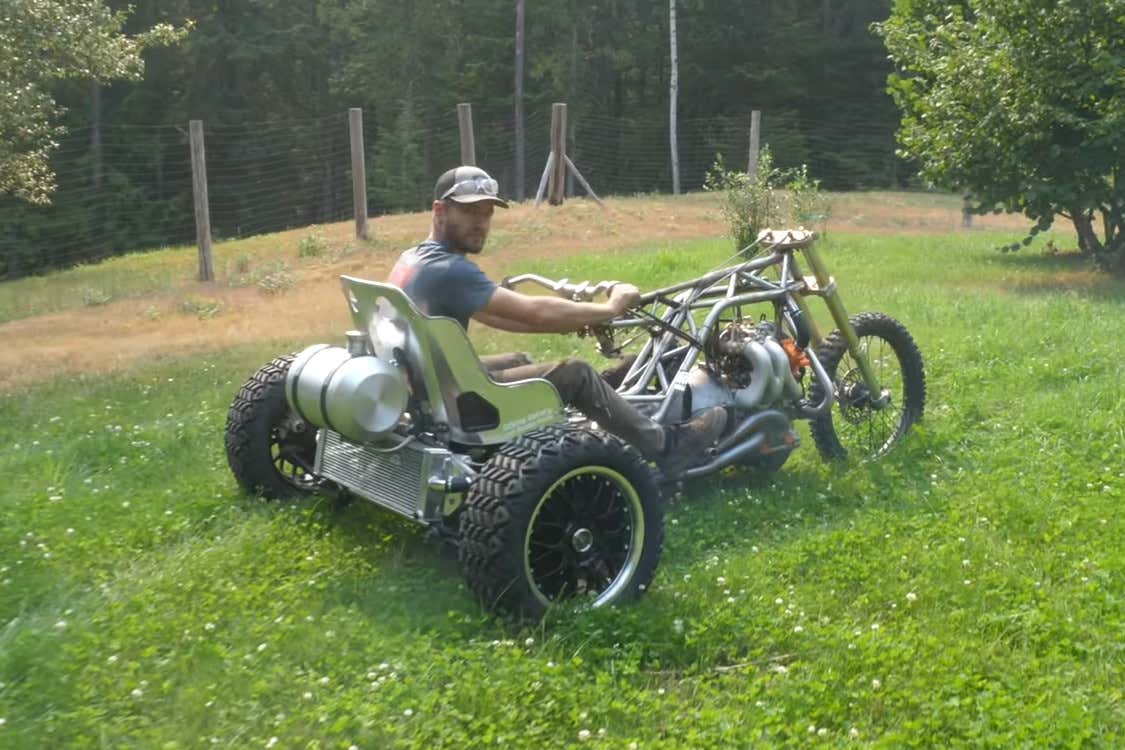 The engine looks rather fitting in this application, a testament to the packaging benefits of the Wankel design. However, the 13B does demand some care in order to run well. Famously sensitive to overheating, the engine is hooked up to a sizable radiator as well as two long cylindrical oil coolers to keep temperatures in check. The exhaust is also built out of incredibly thick-walled tubing in order to handle the high exhaust temps without glowing red hot and falling off the motor. 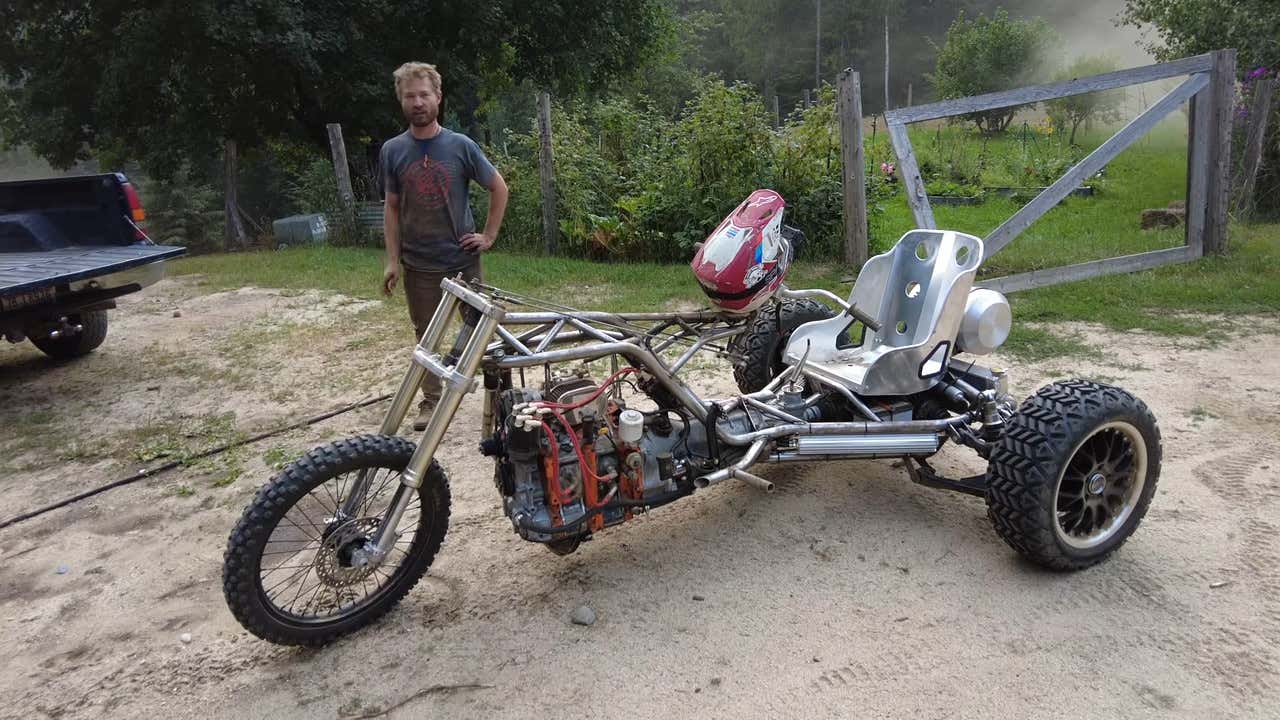 Fitted with a set of knobbly 15″ offroad golf cart tires, the trike cuts a mean stance. It’s also more than capable of kicking up the dirt, though the grip from the tires does get in the way of hanging out the tail somewhat. Changing gears doesn’t look the easiest, with the shifter located between the driver’s legs. An offset shifter or other solution might be in order to make the trike easier to drive.

It’s not the first whacky build we’ve seen from the crew, either. Previous experiments have involved throwing a Nissan Leaf drivetrain into a Power Wheels tank built for children, and swapping Toyota’s venerable 2JZ into a tractor.

The team at Grind Hard Plumbing Co note that the trike isn’t quite finished yet, letting us know there’s more to come. In particular, hopes are to get the trike out on tarmac to cut some proper skids in the near future. That’s something we’re eager to see, too. A rotary at full tilt with smoking tires is a sight, sound, and smell to behold. 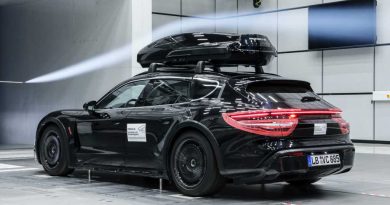 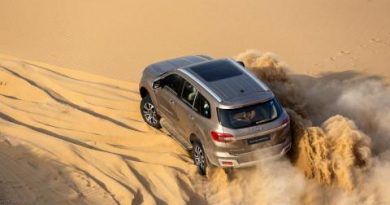 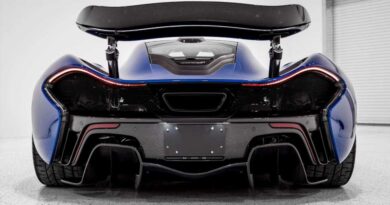