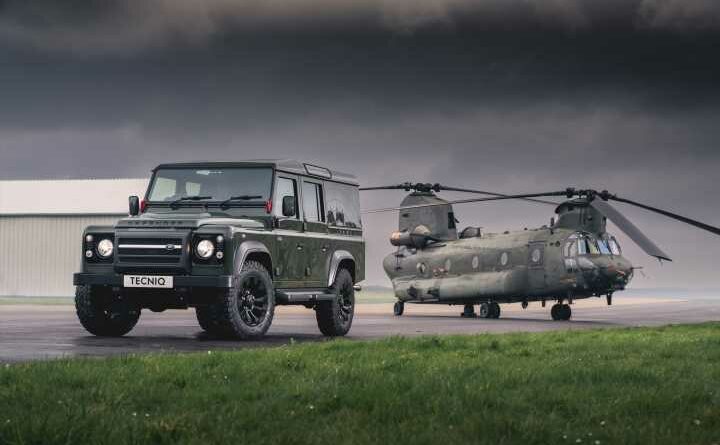 One-off special comes with 2.3-litre Ecoboost – and a behind-the-scenes tour of RAF Odiham

Who doesn’t love a Chinook? No one, that’s who. The twin-rotor heavy-lift chopper has been around in one form or another for 60 years. For the past four decades, it has been the workhorse of the UK armed forces, and a regular sight (and sound) for anyone living in the Home Counties thanks to positioning of RAF Odiham. Famously rugged, the helicopter has been a feature of virtually every major conflict involving British troops; in fact, one serving example, Bravo November, has seen action everywhere from the Falklands to Afghanistan after it survived the Exocet missile that claimed the container ship MV Atlantic Conveyor.

Having ferried soldiers and aircrew and all manner of kit everywhere, it has well-earned some recognition. So how best to pay tribute to one of the RAF’s longest serving aircraft? With a one-off Defender, obviously! We’re not quite sure how the tie-up between an Essex-based engineering firm and 18(B) Squadron came about, but the the ‘Q40 Defender by TECNIQ’ is the result, and it certainly looks the part in matte dark green. It has also been built with a good cause in mind: come September, the car will be auctioned off at the Goodwood Revival, with all proceeds going to the Royal Air Forces Association.

Nigel Lempriere, CEO and co-founder of TECNIQ, explained: “The Q40 Defender project was born to celebrate all that is great about the Chinook, showcasing the latest in automotive technologies and engineering capabilities of TECNIQ and supporting the great work carried out by the Royal Air Forces Association. The aircraft really is iconic, and the Q40 Defender is our way of celebrating the 40-year service milestone to our country, having played so many key roles with the military in efforts across the world.”

So what would you have bought, should the hammer come down on your bid? Well, quite a lot by the sounds of it. TECNIQ is one of those firms that you’ve probably never heard of (it was known as ADP Special Products till the start of this year) but is one of those key automotive suppliers who can whip an in-house solution quicker than you can say ‘cockpit’. Consequently, it has thrown its shoulder into the Q40, which means that you not only get a custom-designed exterior (including new grille and wheelarch extensions in carbon fibre), you also get a hand-crafted ‘twin-zoned’ 2+2 seating configuration which features racing seats upholstered in Bridge of Weir leather with sheepskin inserts.

Nods to the Chinnok abound, not least in the webbing taken from the load bay to portion off the rear luggage compartment. And if you’re thinking, ‘well, I’ve had my fill of luxo-spec sheep carriers’, it’s also worth mentioning that the Q40 is definitely not all mouth and no trousers. TECNIQ’s Classic Racing department has been let loose on the chassis, which now boasts programmable dampers, upgraded anti-roll bars and bushing, and lowered coil springs alongside significantly larger brakes. The Defender will likely need that lot, too, because under the bonnet it now sports the Ford EcoBoost 2.3-litre motor with a remapped ECU to develop 307hp and 318lb ft of torque. So it probably goes a bit.

Most importantly, of course, its eventual sale will do some good. Rachel Huxford, Director of Marketing, Fundraising and Trading at the Royal Air Forces Association, said: “We are very excited about this unique project, particularly as it involves the Chinook, an aircraft that holds so many memories for so many of the RAF community. The money raised through the auction will help us continue to support members of the RAF community in need, be they current RAF personnel, veterans, or their dependants. I would like to thank TECNIQ for their dedication and generosity and the Royal Air Force for their huge support of this project.” 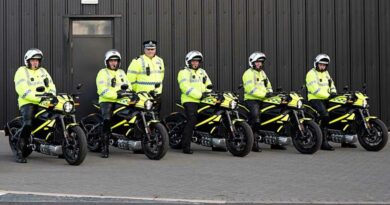 I Was an Engineer at a Major Automaker. Here’s the Bright Side of the Job 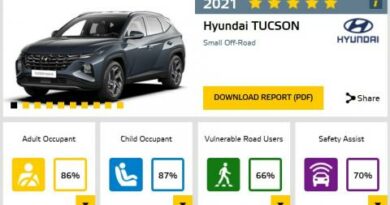