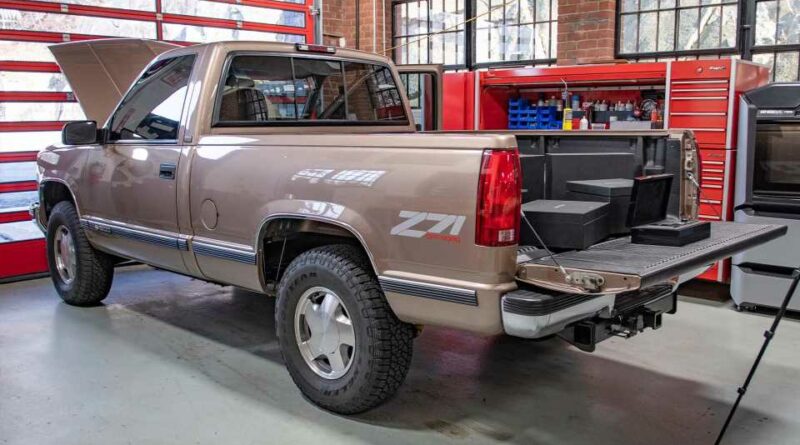 If you thought crazy car audio died in the 2000s, you’d be wrong. It’s more than insanely huge subwoofers and LED lights that pulse with each bass bump, too. Ai Design out of Tuckahoe, New York is building something special as proof: an absolutely cherry 1997 Chevy Silverado K1500 Z71 with Alpine’s third-gen F#1 Status system. It’s okay if you don’t know exactly what that is; the big takeaway is that it’s a $35,000 stereo setup, and that’s just for parts alone.

Such a system is only available through select dealers in the States, and Ai Design is the first authorized installer. As the shop explains, it’s the world’s only car audio equipment that can achieve 384kHz/32 bit high-resolution audio playback, the highest recording spec possible for a system of its kind. Apparently, this is more than 17 times the amount of digital audio data stored in a standard CD. If you’re still lost, that’s alright—this graphic should help. 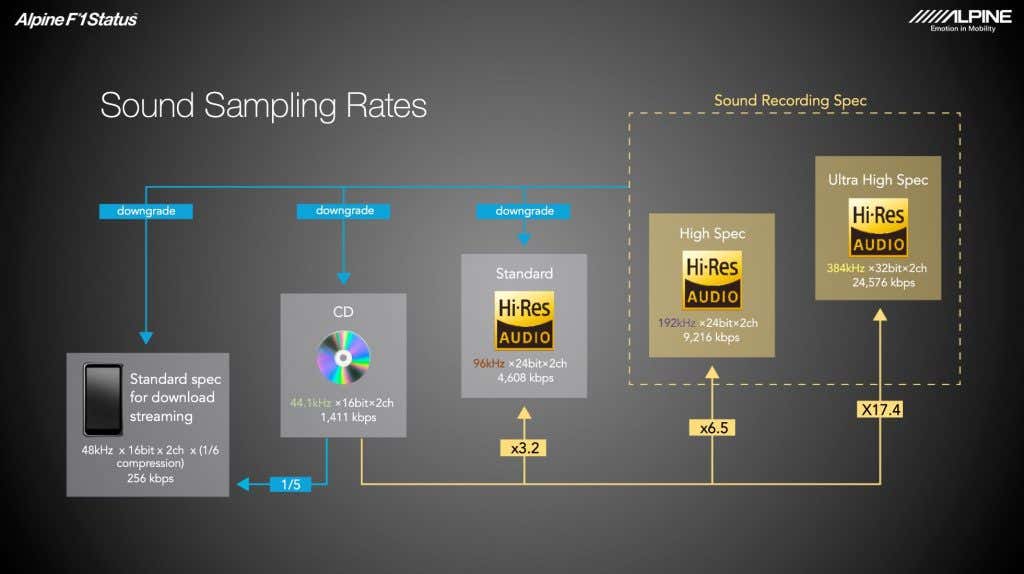 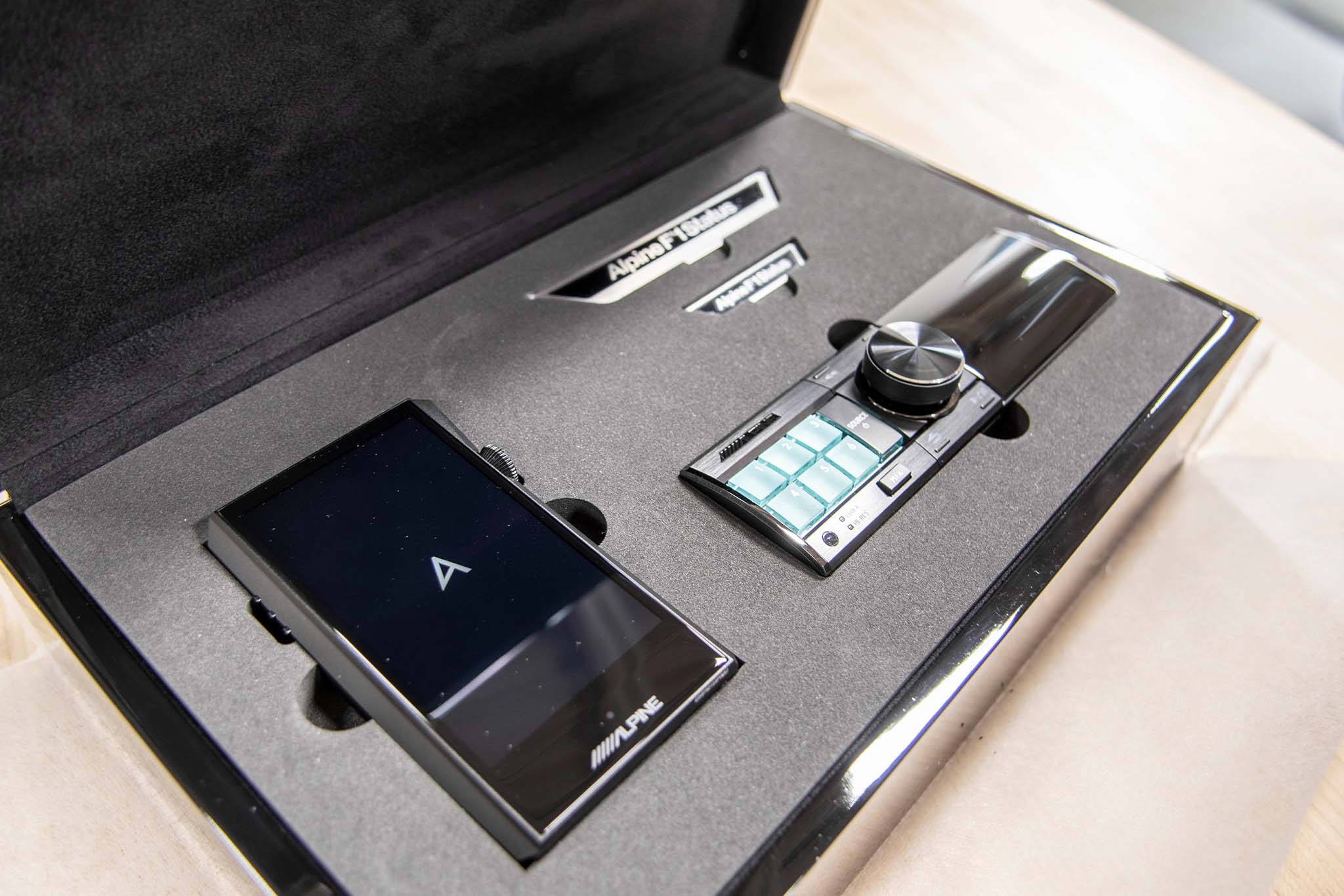 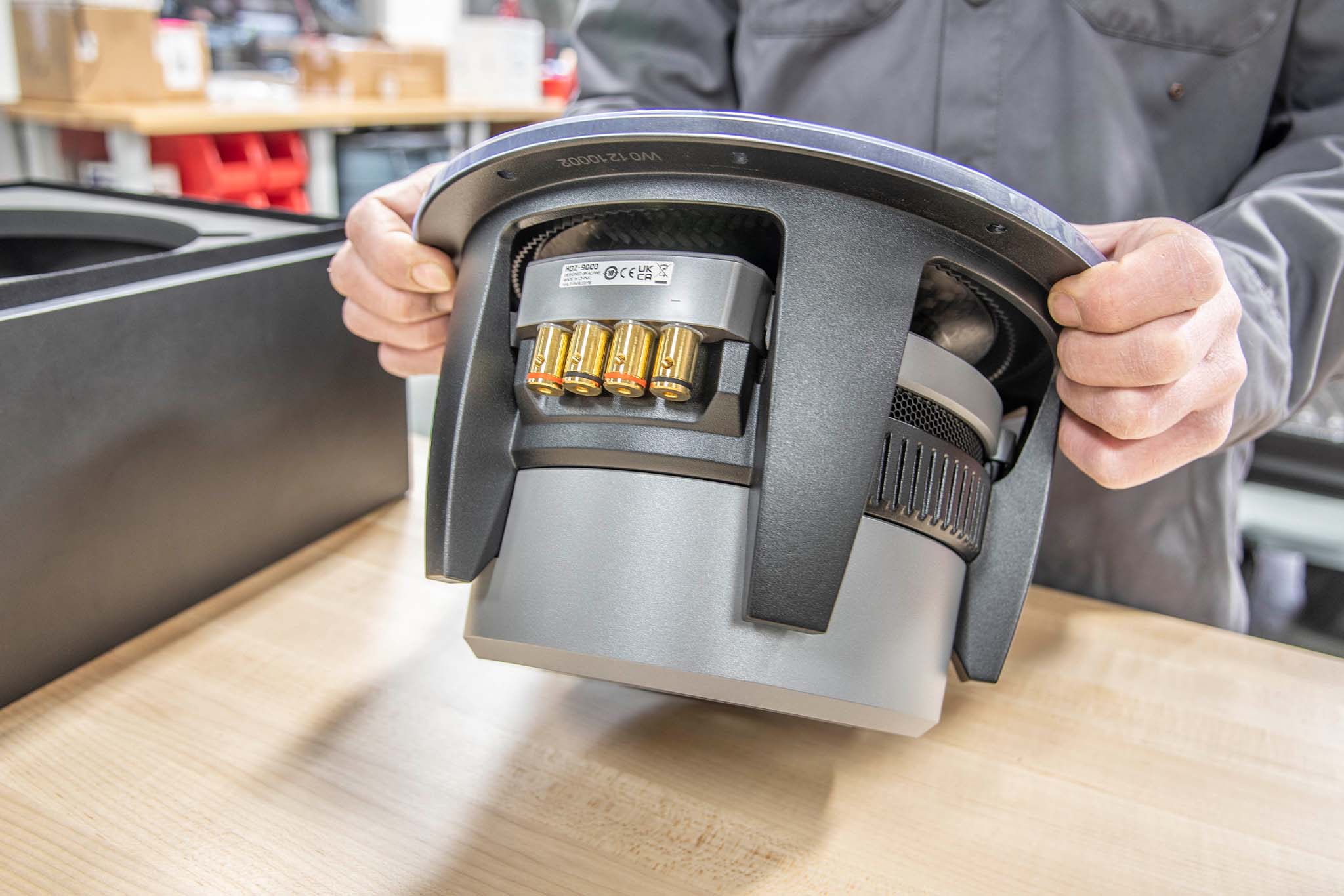 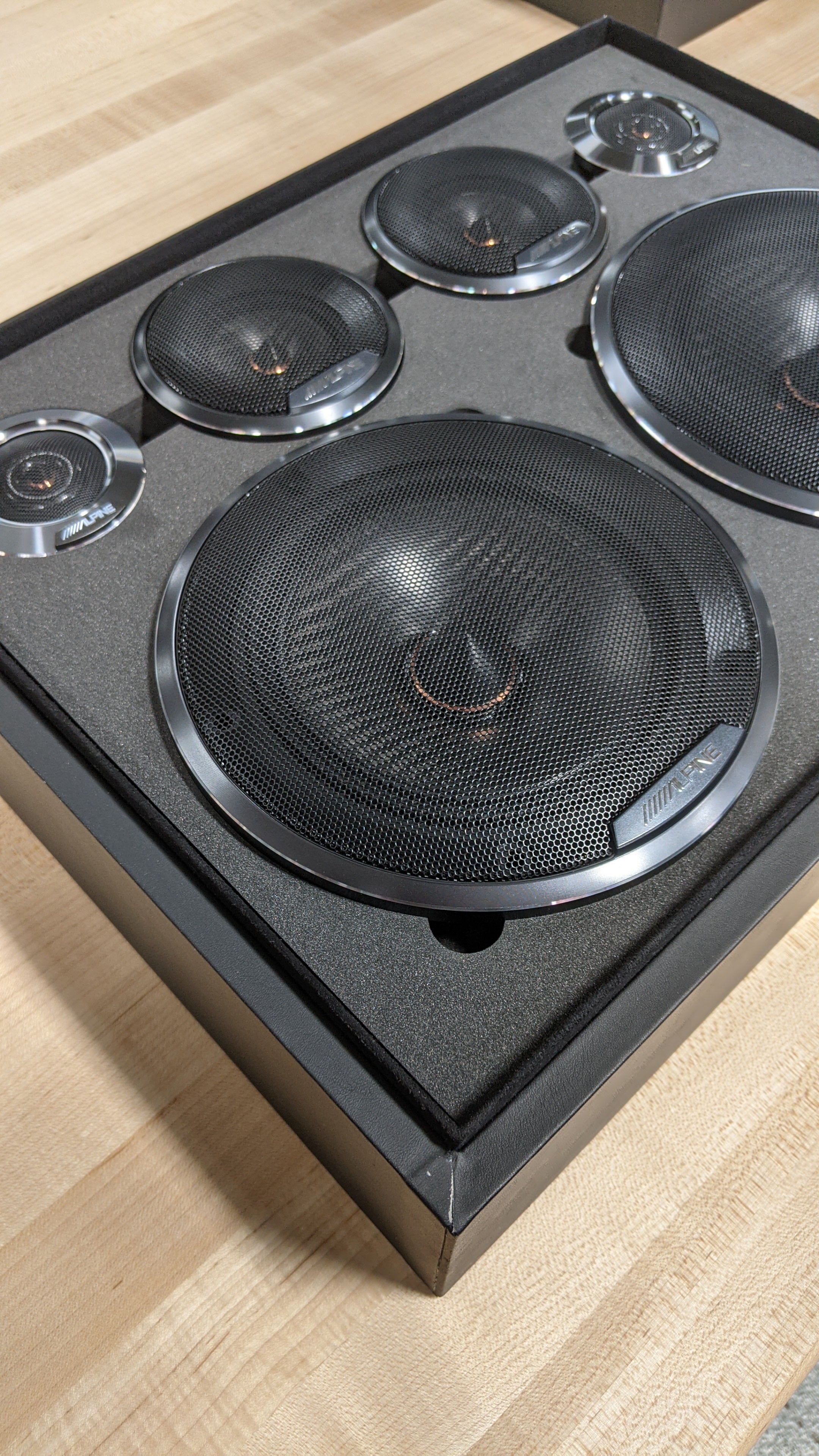 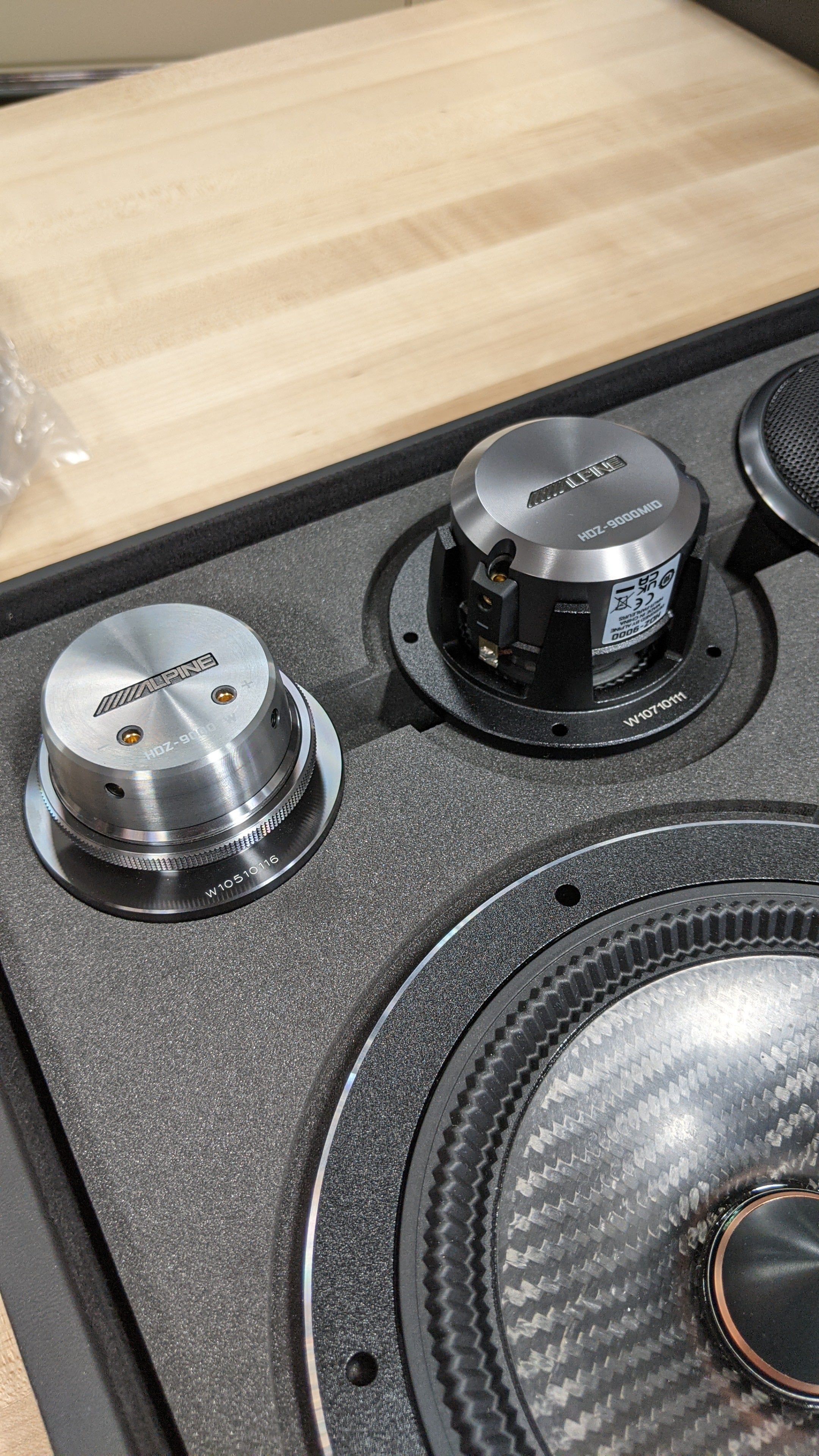 I can’t pretend to understand all of it either, though Ai Design’s founder Matt Figliola is plenty familiar with this kind of work. “This third generation of F#1Status is the culmination of everything Alpine has learned in over four decades,” he explains. “We were F#1Status dealers for the first two generations and realize what that distinction means for us, but also what the product standards will be with the new system. While it has been over a decade since the last F#1Status generation, we expect this new fully integrated system to be well worth the wait.”

Because the truck’s a single cab, they’ve had to get creative when it comes to packaging it all. There’s a total of six unique components: an HDS-7909 head unit, a B.Box, DAP-7909 Digital Audio Player, HDP-H900 Audio Processor, HAD-F900 Amplifier, and a four-way speaker system. No one ever said it’d be simple or compact to produce such highly refined sound. As such, it’s only sold as a complete setup, so there’ll be no piecing together a system for your own build. 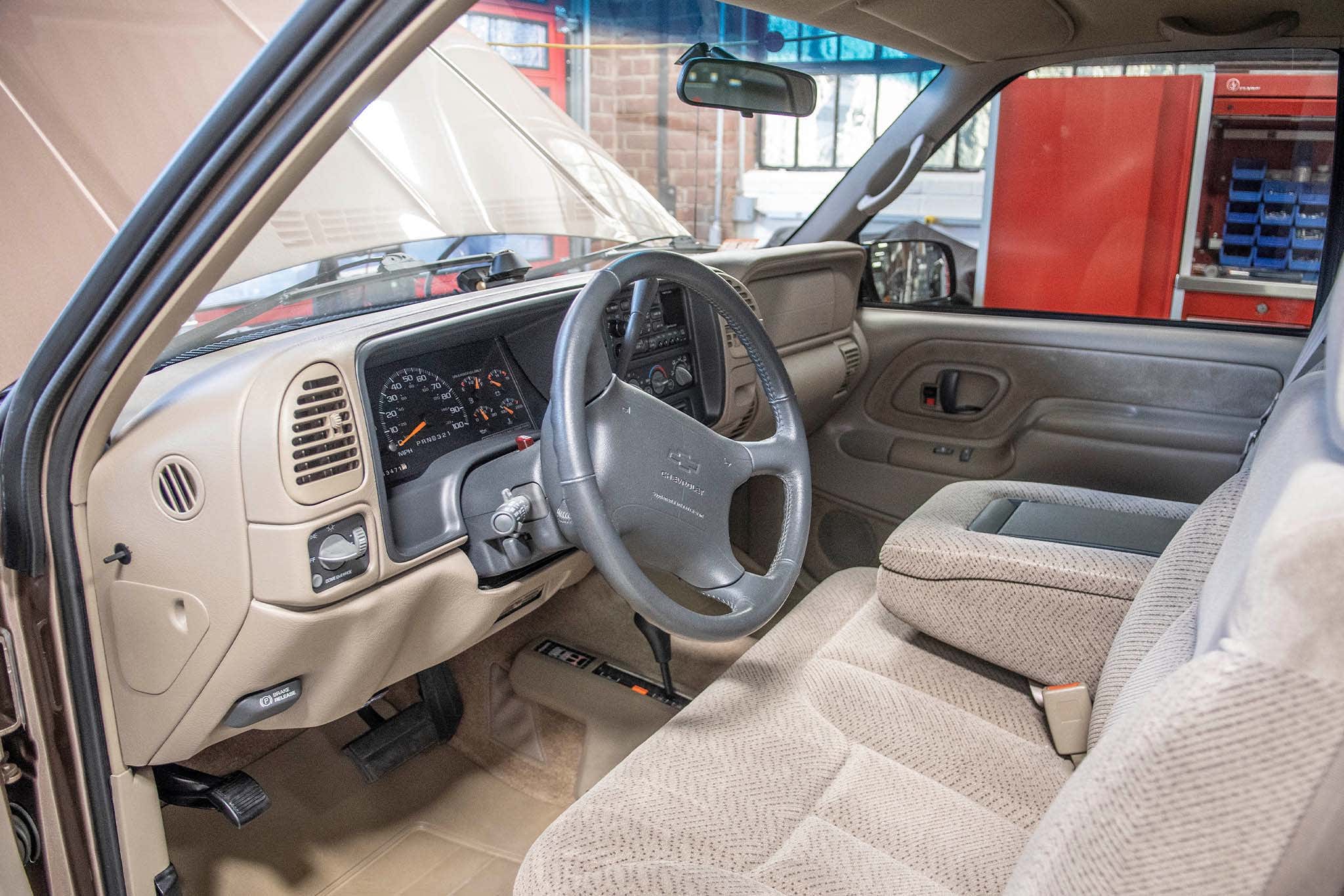 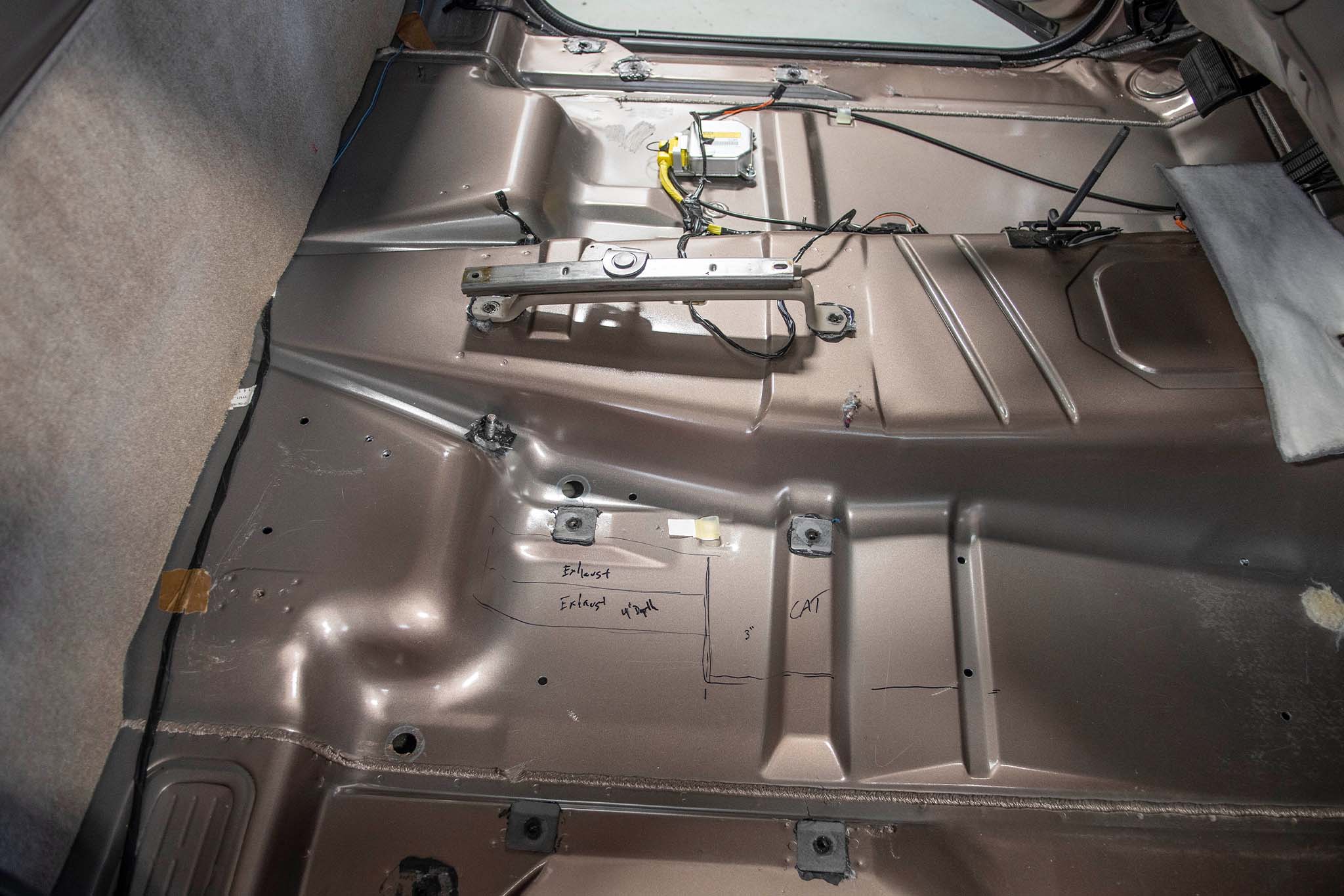 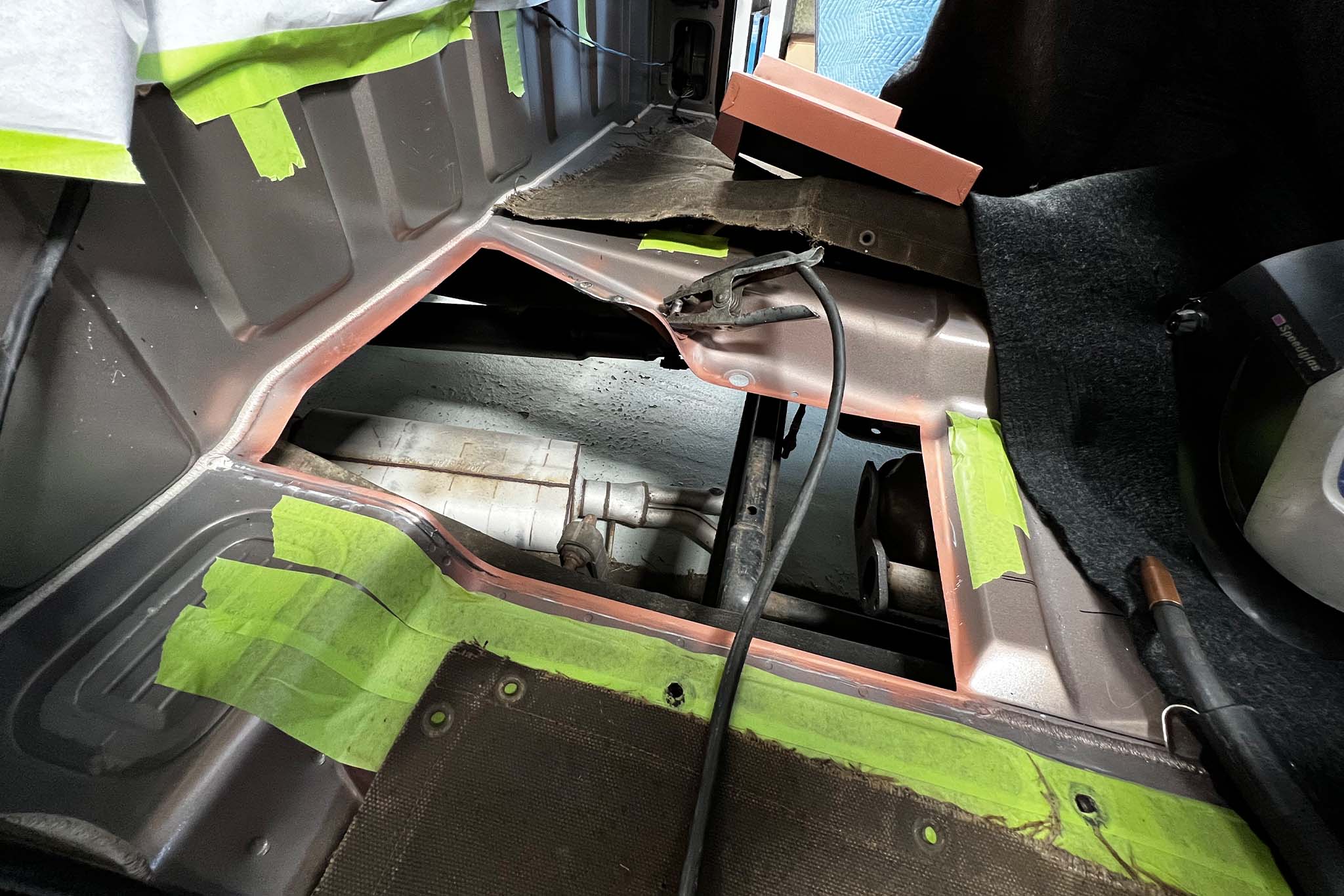 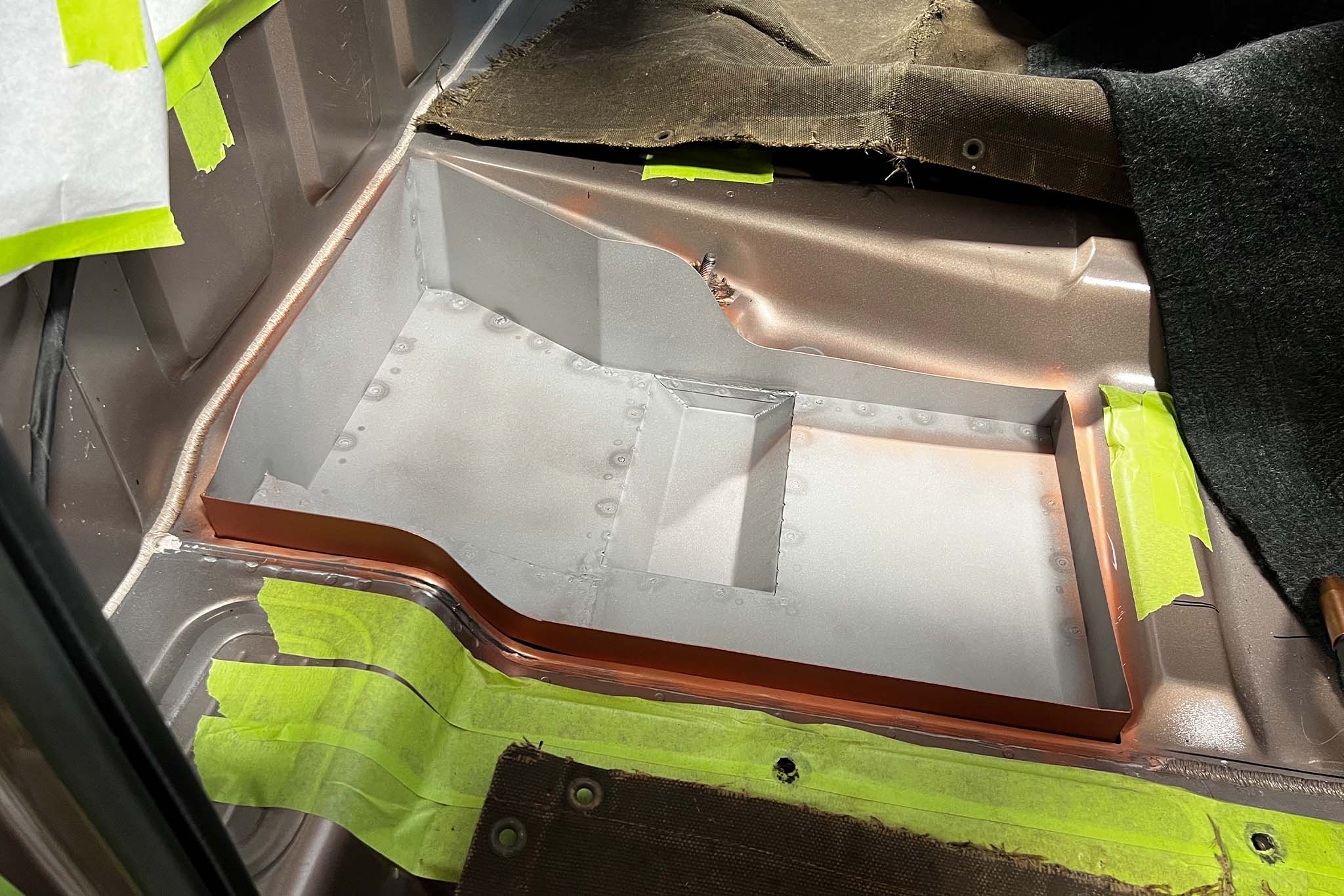 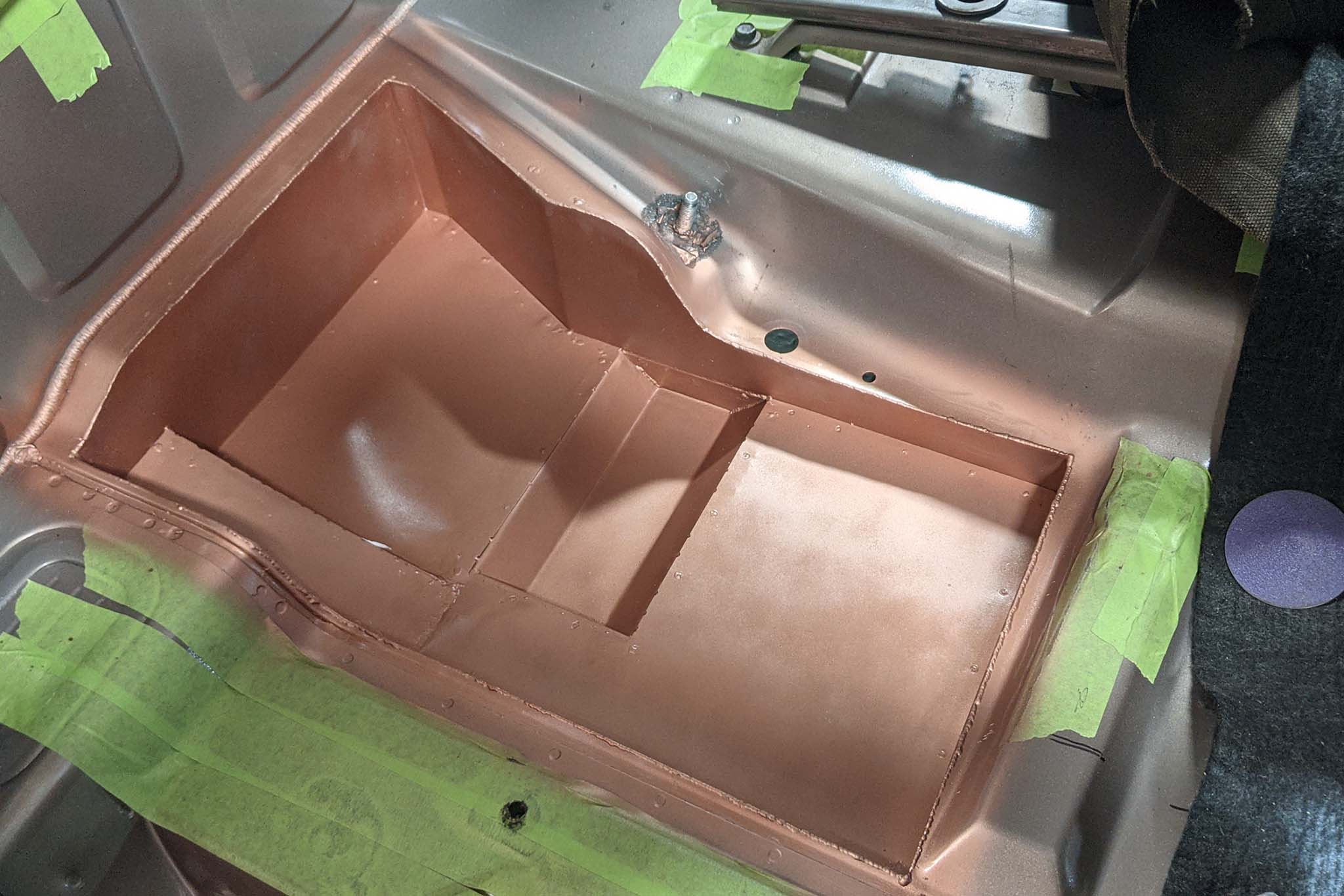 Ai Design had to cut a hole into the Silverado’s floor, underneath the passenger seat, and drop a custom-fabricated insert for the Alpine components inside it. Work is still very much underway, and Ai Design tells me the crew is estimating at least 150 labor hours for this build alone, so you can tell what kinda craftsmanship is being poured into it. It’s a miracle to even find a 25-year-old truck this clean, and it’s only fitting to treat it properly.

Ai Design’s Sales Manager and Product Coordinator Ryan Offenhartz told me over the phone that the ’97 Chevy was actually found on Bring a Trailer—go figure. It was delivered new to its original owner in South Bend, Indiana, though it was later relocated to Southern California. By the time Ai Design found it last April, it had accrued just over 43,000 miles, and not many have been put on it since.

“Miles aren’t everything—there are like 10,000-mile ones—this one has 43,000 or something but just the overall condition of it is pretty ridiculous,” Offenhartz explained. “Ten-thousand-mile ones, sometimes they’re more banged up because they’re just back in a shed. This one was taken care of.”

That’s clear to see from the wonderfully preserved cloth seats to the somehow-uncracked dash. Underneath the carpet is stupid clean, too, which you just don’t expect to see on a truck that was built during Bill Clinton’s presidency. It’s got a tried-and-true 350 V8 with throttle body injection, a four-speed automatic, and a two-speed transfer case. Consider its condition with what’s arguably the best spec for a Chevy of this era and you’ve got the perfect pickup platform to use.

I’ll keep you guys updated on this build as it reaches completion, but for now, know you’ve probably never heard something like this, let alone in a truck this clean. 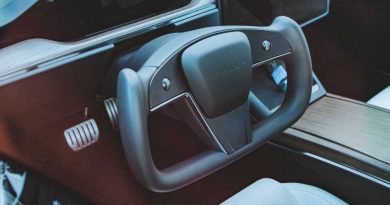 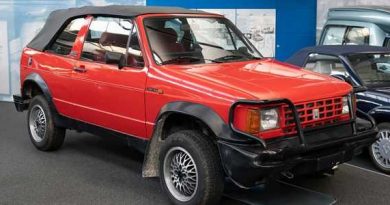 TBT: The Biagini Passo Took the Top Off the Golf Country 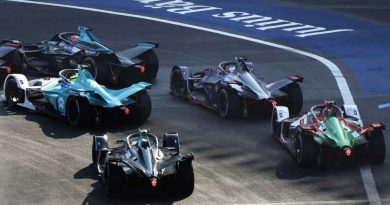 McLaren May Be Next to Jump Into Formula E. What Does It Have to Gain?