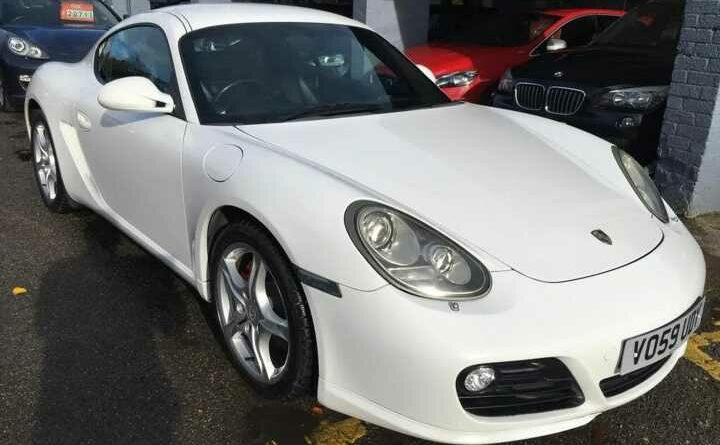 Galactic miles but a down-to-earth price

Regardless of the love or otherwise it receives from y’all, this Cayman S is already a winner. Because with no fewer than 224,893 miles showing at the point at which the vendor took the advert photographs, it is officially the leggiest Brave Pill of all time, having averaged more than 17,000 miles a year since it was first registered in 2009. That’s an impressive figure for any car to reach, doubly so for a sports car. This Cayman’s very existence is proof of the usability that has always been a core part of Porsche’s appeal, but that odometer score also means it is going to have to fish in a small pool of risk-positive potential buyers.

That has been reflected in the price, a bargainacious £10,000 albeit with a “part exchange to clear – no offers” warning at the top of the advert. That figure makes it the cheapest Cayman of any sort currently in the classifieds, with the fact that this is a facelifted Gen 2 S with the PDK dual-clutch auto meaning it is being offered for around half the price of a similarly specced car with 80,000 miles on it. It will definitely be more than half the car.

Regular readers might know that this is a club I’m already a member of, having bought a very similar Gen 2 Cayman S back in 2018, a car I still have. Mine is black rather than white, and has a manual gearbox plus a more comprehensive set of options. But I’m looking at the pictures of this one thinking that I would have been seriously tempted if this had turned up four years ago. Despite the clearance part-ex proviso our Pill looks gleaming in the pictures, and beyond a worn driver’s seat bolster – they all do that, sir – it’s hard to see visual evidence that this is one of the furthest travelled Caysters in the country.

One thing I remember from my own quest to find my perfect Cayman was just how many low-quality cars there were at the bottom end of the market, but also how little the putative sellers of these had done to correct (or even disguise) obvious faults. One car had so many stone chips it seemed to have been shotgunned, another left a visible pool of oil where it had been sitting on the dealer’s pitch. Yet this one looks close to immaculate, with the dealer promising it comes with a detailed service history, much from a main dealer.

It’s not perfect. Our Pill’s vendor admits it needs attention to its handbrake and – you might want to pre-roll your eyes here – an air-con regas. The brakes could well be the miniature shoes within the rear discs, which are a PITA to swap over thanks to a spring that seems carefully designed to be impossible to remove. Yes, I do indeed possess that t-shirt. But even if the air conditioning does need more than a dose of refrigerant to sort it out – the condenser behind the front bumper is prone to damage – the remedial list is some way short of a butcher’s bill. Presuming the rest of it is mechanically sound, even a leggy Cayman S of this vintage should still feel like one of Porsche’s early 21st century highlights thanks to its combination of mid-engined poise, chatty hydraulically assisted steering and zingy performance.

The idea for a coupe version of the already successful Boxster was inspired in part by how much the Porsche 911 had grown when it switched to water cooling. Although its engine was in the middle rather than at the back, the Cayman was very close on dimensions, weight and performance to the last 993-gen Carrera 2. At 1,340kg the Cayman S was 30kg lighter than the air-cooled car while its 3.2-litre flat-six was 23hp more powerful, resulting in a 0-62mph time two-tenths quicker.

The Cayman was a critical success, with testers soon discovering that although the S version wasn’t allowed to beat the base 997-generation 911 Carrera 2 on straight-line performance, it felt considerably more lithe and agile in the corners. The entry-level 2.7-litre version introduced soon after the S was one of the Porsches from the era that developed a reputation for middle-aged maladies – in this case, failure of the engine’s intermediate shaft bearing. But when Porsche gave the Cayman its mid-life facelift in 2009 it gave the base car a brawnier and sturdier 2.9-litre engine, upgraded the S to a 3.4-litre motor with 325hp and also introduced the option of a twin-clutch PDK transmission to replace the earlier torque converter auto.

These ‘Gen 2’ cars have carried a premium ever since, and although the market’s preference has swung back towards manual gearboxes in recent years, as a facelifted S our Pill ticks two of the more desirable boxes. Whoever originally specced this car was obviously more concerned with driving than creature comforts; it lacks both satellite navigation and the BOSE speaker upgrade that many S buyers went for, and also gets the cheaper ventilation controls with a digitised cold-hot slider in place of automatic climate control. But it does have cruise control, rear parking sensors and what would have been the pricey option of corner-swivelling PDLS adaptive bi-xenon headlights. I’m also jealous to see it has the seat heaters that my Cayman lacks.

Mileage aside, as a Gen 2 Cayman S it could have windy windows and plastic seats and still look attractive for £10,000 – so the crucial question is how well the rest of it has hung together over two trips around the clock. Strangely the car’s registration doesn’t bring up an MOT history, suggesting it may have recently lost a private registration. But Enzo the Database Hamster has dug a little deeper to find some older tests listed on a commercial car history site.

This shows a very impressive rate of mileage acquisition early on, with the Cayman having covered 126,000 miles at the time of its first test, and putting on nearly 40,000 before its next one. By 2016 it suffered from a virulent outbreak of red, the sort that must have worn out the tester’s typing fingers given a list that included worn tyres, sketchy discs, corroded brake pipes – another common Cayman issue – a non-functioning handbrake and an engine oil leak. It passed a few days later, although still with the oil leak, but the MOT history peters out after the next test in 2017, by which time the car had passed 216,000 miles.

Will it be mechanically perfect? Almost certainly not to judge from both the price and the cautious tone struck by the advert text. But that doesn’t stop it from being seriously attractive for anyone with a reasonable amount of mechanical nous; for the money you could justify turning it into a track day toy, or using it as a daily with no worries about reducing its value with more miles. Last year we featured a 997 Carrera 4S with nearly 300,000 miles. It looked lovely, and had a full Porsche main dealer history, but it was being offered for pretty much the same price as a 100,000 miler would have been.

This Cayman S has done 60,000 fewer miles than that 997, and is being offered for less than a third of the price. Somebody brave is going to bag themselves a bargain. 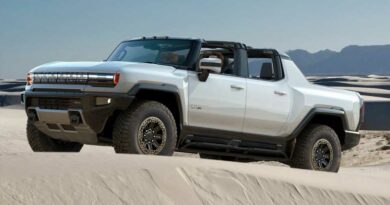 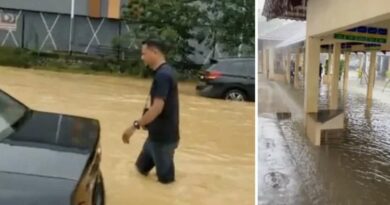