I repeatedly said sorry but he was not ready to listen to anything & even abused my parents.

BHPian Lovecars recently shared this with other enthusiasts.

This happened to me on 18 Nov 2022 at Kashmere Gate, Delhi. I was parking my car (SX4) and it accidentally touched a Celerio’s bumper standing there. A police representative came out of the car furiously and started beating me and hurling abusive words about me and my parents.

He dragged me out of my car. I said I am sorry and I will get his car bumper repaired but he was so furious that he continuously abused me. I repeatedly said sorry. Meanwhile, his companion threatened me that he can do anything to me instantly and he has his profile picture with some political leader.

I got scared by this. I repeatedly said sorry but he was not ready to listen to anything and kept “harassing” me. My father also tried to calm him over the phone and said sorry but he was being very rude and did not pay heed. He asked Rs.30,000 for this but after repeated requests from everyone, he agreed to Rs.5000.

I have never had such an experience before. I usually say sorry for even others’ mistakes just to avoid arguments and save my mind for the day. I realised that day that the common man doesn’t have any powers. Those in power know very well how to extract money from us. If you don’t have any influential links (like I don’t have) then you have to bear their pressure and be a scapegoat.

I kept shivering for at least 3-4 hours after the incident and cannot come over it even now. But giving my hard-earned money saved me from the cobweb of court and police. I would, any day, like to avoid them as they are well mastered and have strong links which could further pressurise my family.

After the incident, I felt that the phrase “The power of the common man” is only true in theory and those in power take full advantage of that.

Here’s what BHPian Anandg had to say about the matter:

Write to his superior, media and tweet to the Law Minister along with lodging a complaint in the PMO grievance web portal. This high-handedness shall cost someone else tomorrow. If he has not taken your ID then please proceed. He should apologize for this rude behaviour.

Here’s what BHPian revvharder had to say about the matter:

When did this happen? If the injuries are still fresh get an MLC done in a government hospital and file an official complaint against him to the respective DCP, call PCR and file the complaint there also and also tweet on all the police media handles along with his photo and share your incident how he thrashed and extorted Rs.5000 after demanding Rs.30,000.

I request you to never step out of the vehicle when any incident happens lock the doors roll the window a bit, gauge the situation whip out your phone record him also dial 100 so that there is always a record that such an incident did happen. You need to understand that even small dings or dents can get you a head bashing which in several cases has resulted in death, it is a vile world out there and you need to protect yourself. Get a dashcam too.

Don’t be afraid, you have the power of social media and if you have any lawyer friend the cop is in for a ride plus you’ll get compensation for harassment and physical abuse too. You can consult lawyers on the forum too.

I now read that it happened on 18th Nov. If you have any photos of the assault it would help your case. MLC will not help as the wounds might not be fresh but file the complaint to DCP and tweet about it to respective authorities. Our delay in action results in such officers going unpunished.

Here’s what BHPian Nissan1180 had to say about the matter:

He is abusing his position as a policeman. You can write to the PMO grievance portal. However, because the police are now meant to serve political interests and not citizens, there is a risk that hoodlums might bother you or your family because the PMO complaint portal takes in all your details.

Honestly the police in other countries behave better with criminals than those in India do with law-abiding citizens.

Don’t be depressed- think of it as a terrorist who attacked you. We cannot defend against such acts because they are committed by people who do not identify with basic human values.

Here’s what BHPian Yieldway17 had to say about the matter:

Sorry this happened to you. We are still a country with laws on paper and a bit of the Wild West otherwise.

I remember an incident a decade back when a middle-aged two-wheeler rider was repeatedly slapped by a low-level politico/gunda on the road in front of everyone because he dared to shout at him for riding on the wrong side of the road. I had never seen a grown man cry out of humiliation before and it was heart-wrenching.

Plenty of people helped him after the incident to get him some soda and water to recoup himself and to put on his bike and send him on his way but none of us could ask the other guy anything and mostly were helpless similar to him. We all could have been him. Just the sad state of this country and a decade or so with smartphones and cameras only have marginally improved the situation. 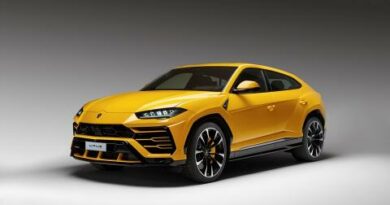 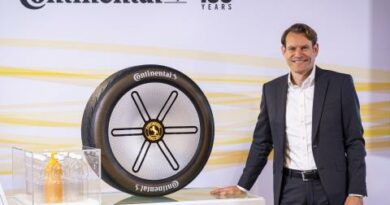 Continental’s new tyre concept is made of renewable materials 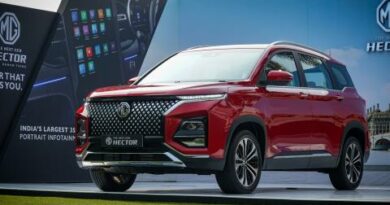