Home » News & Features » Once Upon a Time, You Could Buy Stick-Shift Ford Explorers 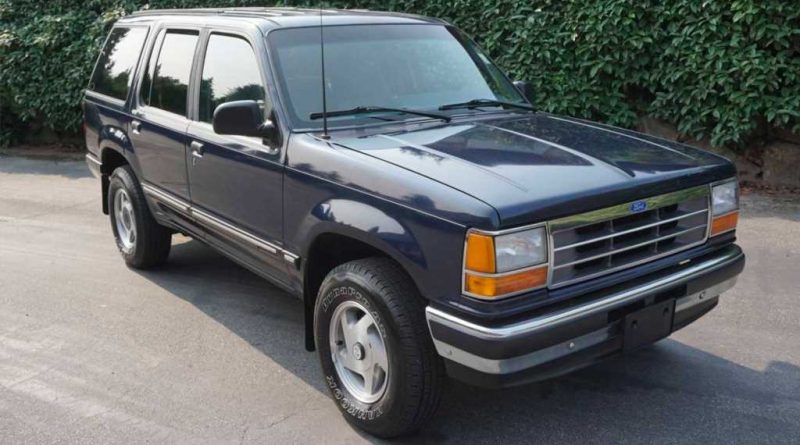 Today’s Ford Explorer is a fairly run-of-the-mill three-row family SUV, which means it offers all-wheel drive, no real off-road capability, and is sold exclusively with an automatic transmission. But it hasn’t always been this way—those who remember the original Explorer, you know, the one in the first Jurassic Park movie, will recall that it was a much more capable, much less polished thing. That was partially due to its roots in the Bronco II platform shared with the Ranger pickup truck, and partially because anything SUV-shaped in 1991 was just expected to be able to, at a minimum, get a little dirty. Maybe bash a few rocks. The Explorer was a truck at heart, and its long-throw manual transmission just added to its rustic charm.

Should anyone feel like reliving the Explorer’s wild early years, there are no shortage of these boxy sport utility vehicles sitting on Craigslist and used-car lots across the nation. Plus, these first-generation models (and some second-generation examples) are the only way to pair the Explorer nameplate with a clutch pedal and a stick-shift transmission. It seems the manual was a more commonly specified option on the two-door Explorer Sport—another Explorer variant you no longer can buy today—but we stumbled across the blue, seemingly mint-condition 67,000-mile four-door 1992 Ford Explorer pictured here on Craigslist that nonetheless packs the rare five-speed.

It’s almost weird to see what we now accept as a common family vehicle sprouting a long shift lever between its front seats, along with a hefty looking clutch pedal to the left of the brake. But here it is, in all its early ’90s FoMoCo glory. Back then, the Explorer lineup was fairly straightforward: You would choose between the two-door and the four-door body styles, then pick your drive layout (rear- or proper four-wheel drive), and select either the standard five-speed manual or the optional four-speed automatic. Sure, there were color and trim options, as well, but there was precious little diversity to the lineup, and every Explorer came with the same 4.0-liter Cologne V-6 engine. A modern Explorer offers, by contrast, only one body style but several trim levels, multiple engines, and more convenience features on the base model than were imaginable in 1992.

What makes the first-generation Explorer even cooler is that Ford let buyers pair the manual transmission with four-wheel drive. Again, in the context of the day, perhaps, this isn’t all that surprising. True four-wheelers were expected to have real four-wheel drive with low-range gearing, and next to that, it wasn’t strange at all for that drivetrain to be paired with a manual. But these days, stick shifts are reserved mostly for sporty cars and entry-level variants of trucks and other SUVs, and often they are restricted from trims with nicer features or better drivetrains.

The XLT trim was the volume offering for the Explorer in 1992, as it is today on the F-150 pickup, and this specific example sports a matching blue cloth interior with sweet fade-graphic seat covers, no headrests (they’re integrated in the front seatbacks), and nary an airbag in sight. The four-wheel drive is activated via pushbuttons on the dashboard, to the right of the steering wheel, and that little flourish amounts to the highest dose of luxury in an otherwise utilitarian cabin. The fit and finish throughout is . . . no great, but hey, this was the 1990s, and Ford suffered from fast and loose build quality just as did other American automakers. Consider it charming.

Also, why complain? First-gen Explorers are cheap, probably because they aren’t as collectible as period Broncos, Jeeps, and other more “classic” 4x4s. We found numerous nice examples online for under $5,000, including several stick-shift, two-door Explorer Sports, which are comparably rare. Do we wish the modern Explorer came with a manual? Not really, but if you’re looking for an old one, get the stick shift for that ultimate rugged 1990s vibe. 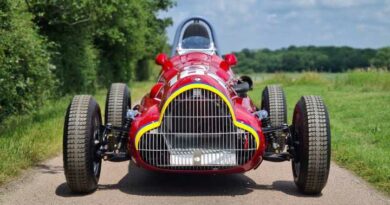