In fact, he’s embraced it.

Gragson wanted to be in Victory Lane on Saturday night at Homestead-Miami Speedway. More succinctly, he felt like he should have been and felt robbed of the outcome.

His JR Motorsports No. 9 had a nine-second lead with three laps remaining as he approached David Starr in the MBM Motorsports No. 13. Starr was running 12th and was on the tail-end of the lead lap when a corded tire sent him sharply into the wall and right in front of Gragson, who had no time to react and plowed right into the incident.

To say Gragson was incensed would be an understatement.

Gragson, 22, cut a blistering monologue on Starr and several of his mid-pack contemporaries, calling them “dipshits” during his television interview after being released from the infield care center.

Starr, 53, was once a perennial Truck Series championship contender who held a NASCAR license before Gragson was even born. The race was one of the most competitive in the recent history of the cash strapped No. 13 team, but Starr dutifully moved off the wall to allow Gragson to pass without impeding his progress.

All evidence pointed towards this being a freak accident with the absolute worst timing, but Gragson just couldn’t let this one go.

After the incident, Starr visited the No. 9 hauler to clear the air, but said on his podcast that Gragson wouldn’t hear it out.

“I said, ‘Man, I sure in the heck didn’t want you to wreck.’ I didn’t want to wreck,” Starr said. “It’s not often us small teams like Carl Long’s team … Our budgets are very small, and when you have chance to run in the top 15, it’s almost like a win for us. To finish 12th or have an opportunity if somebody ran out of gas to finish in the top 10, that would’ve been big for us teams that are not your big powerhouse teams. It’s just racing and it’s just a shame that it turned out that way, but it does. It happens.”

Starr claimed that Gragson said teams like MBM “didn’t belong in the sport,” something Gragson refuted during a media availability on Thursday.

“Listen, man — I’m not the only one who thinks you’re one of the hardest guys to pass,” Gragson said of the post-race exchange with Starr.

Gragson also expressed a general lack of respect from certain mid-pack drivers — specifically citing Starr, Jade Buford and Tommy Joe Martins. On the other hand, he said BJ McLeod always gives the leaders respect when they come to lap his underfunded car.

“You ask any guy on the racetrack and BJ McLeod shows the faster guys respect,” Gragson said. “I understand the battles they’re going through. I don’t fault them for being in the position that they’re in. … I believe those guys are trying to make a living.

“Everybody should be allowed in the sport, so I never said they shouldn’t be here. We would just like a little bit more respect, because David Starr is very challenging and unpredictable to pass out there. That’s what I tried to tell him after the race.”

In a tweet earlier this week, Martins says it’s Gragson who doesn’t show the back half of the field enough respect.

Just respect the people you race against. It’s really hard to win – even in a great car. It’s also really hard to survive as an underfunded team. We’re all just trying to race the best we can in an extremely difficult sport to have a career. Mutual respect. That’s all.

Referring to Gragson, Long wrote in a Facebook post that Gragson was “an overentitled mouthpiece (who) didn’t have enough talent to miss our wreck.”

Gragson has spent the past week doubling down and fueling the fire.

He’s engaged with YouTube content creators, argued with his critics on Twitter, and continually justified the criticism he has levied against Starr multiple times a day.

“I don’t know if I would do anything different,” Gragson said. “I don’t think I would. I think the most important thing for me is to stay true to myself (because) I went through a little process last year where I wasn’t really myself.”

Gragson cited a conversation with team owner Dale Earnhardt Jr., who encouraged him to be a little more measured on and off the track, but ultimately felt like it impeded his performance last season.

“People tried to slow me down and it didn’t really work for me. So, I think for myself personally, it’s just about staying true to myself. And if I’m in that position again, I don’t think I’m going to do anything different.”

That prompted the ultra-demure Mike Joy, the veteran NASCAR on FOX play-by-play announcer, to reference Gragson in a Wednesday tweet thread.

I liked he wasn’t personally mad at his accuser, but was upset for his team and all their hard work and sacrifice being disrespected.

Our sport has always had “funded” drivers.

But its high time a few of these privileged kids, powered by daddy’s pile of cash, realize this whole sport doesn’t exist just to make their dreams come true.

Take some time to learn from those who’ve WORKED their way to the top.

“I don’t have an issue with Mike Joy,” Gragson said. “Everyone has their own opinion and I’m fine with that. I have my own opinions too. So, I don’t have a problem with what Mike tweeted.

Gragson is seemingly embracing the black hat that has been thrust upon him. He says he doesn’t care, but that’s counter to an entire decade of history that’s shown a racer who often cares too much.

His spotter and business manager, ex-driver Brandon McReynolds conceded that Gragson absolutely does care, but it’s a matter of filtering out the voices that matter the most to his development and maturation.

“The first thing that comes to mind is you know, Noah’s got a big heart and he’s a very, very loyal person and that’s why I’ve been loyal to him,” McReynolds said. “I think he really does care when it comes down to the people that he respects and their opinions.”

For example, Gragson had dinner with McReynolds and McLeod after the race on Saturday night.

While everyone generally agreed that the incident with Starr was just unfortunate timing and a worst-case scenario, both McReynolds and McLeod also told Gragson some things he didn’t necessarily want to hear, too.

“I think Noah will appreciate me saying this, because he knows it’s true, but there are absolutely times where I tell him when he’s wrong, and he takes it on the chin,” McReynolds said. “… BJ gave him good advice and explained what teams like his go through every week, and he’s clear on that.”

In choosing to embrace that black hat, Gragson has also accepted, for now, a career fraught with extra scrutiny and criticism.

For most, that could grow into a distraction.

“I don’t feel like it’s a distraction when I put the helmet on,” Gragson said. “I’m ready to go. We have a great team and these guys are like brothers to me. Family.

“A few years ago, with a different team, I never felt comfortable. I know I have my team’s full support. … We’re in it together. So, when I put the helmet on, I’m ultra-confident and I don’t see a way you can lose when you’re comfortable.”

To that point, McReynolds says Gragson has an uncanny ability to block out the distractions when it comes time to race each week.

“As soon as he puts the helmet on, he is in plugged in,” McReynolds said. “I never had that when I was driving. I had to stay focused, was super serious all the time, and for whatever reason, he is one of the few guys that I’ve met who can quickly brush something off and focus when it’s time to.

“That’s what JRM loves about him too. He’s fun to be around, and as soon as it’s time to get down to business, he can do that. A lot of us racers never found that extra gear.”

McReynolds says his friend and driver is built to play this role he has accepted.

“That’s his personality and it’s not going to change nor should it,” McReynolds said. “Because I think the sport and I say this with bias, but the sport really needs a guy like this. …

“Outside of making sure he continues being a better person on and off the race track, which is what we strive to do every day, I don’t think there’s anything to change. As things come up, we’ll address them, but there’s no issue in my opinion.”

In other words, Noah Gragson and company are at peace with what their brand is, and their driver isn’t backing down.

“That’s my job, to get people talking about me and it’s going good right now.” 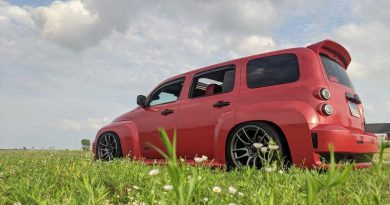 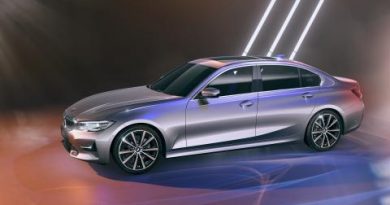