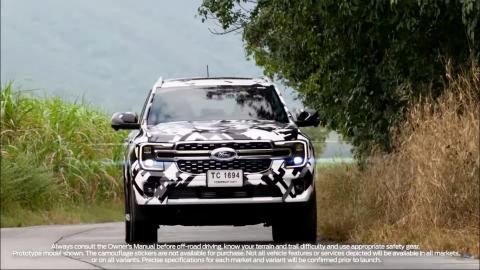 The next-gen Ford Endeavour will come with two diesel engine options, including a 3.0-litre V6 diesel.

Ford has released an official teaser video of the next-generation Endeavour SUV, sold in multiple international markets as the Everest. The new teaser video showcases the new-generation iteration of the SUV covered completely in camouflage, although a few design details are visible.

As it can be seen in the video, the new-gen Ford Endeavour will come with a muscular look all around. The front will have C-shaped LED headlamps with integrated LED DRLs and a 3D grille with two thick horizontal slats at the centre. Other design details on the upcoming Ford Endeavour also include silver bash plates, updated front and rear bumpers, raked windshield, LED taillights, large alloy wheels, a massive side-step and roof rails.

On the inside, the new-gen Ford Endeavour is expected to feature a large vertically-stacked tablet-style touchscreen infotainment system, a newly designed dashboard layout and plenty of new features and tech.

The next-gen Ford Endeavour (Everest) could receive two engine options in the international market. This includes a 2.0-litre twin-turbo diesel and a larger 3.0-litre V6 turbo diesel unit. Both engines will come mated to a standard 10-speed automatic transmission. The higher trim levels will also feature a 4×4 drivetrain. 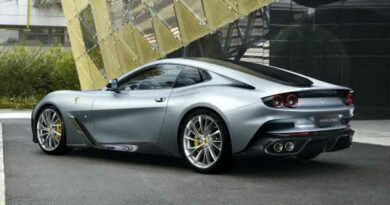 The Ferrari BR20 Is A V12 Two-Seater With GTC4Lusso Guts 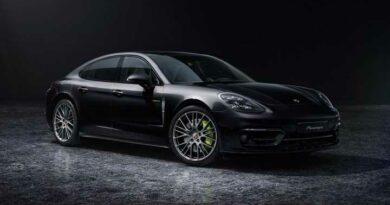