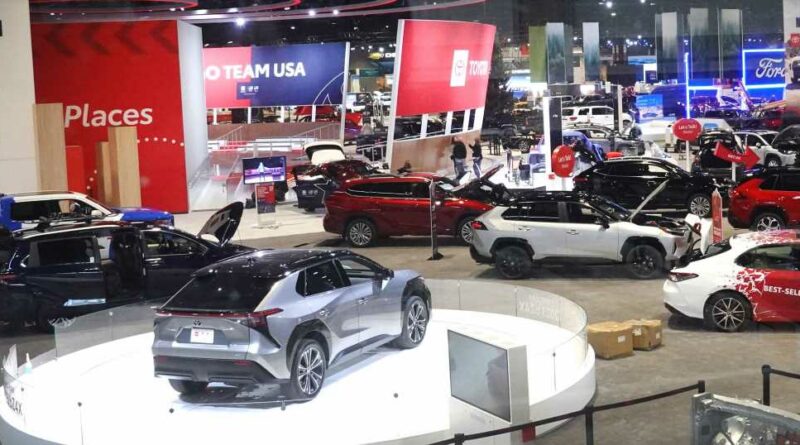 The oldest and longest-running auto show in North America, the Chicago Auto Show (CAS) last experienced its usual 10-day run in 2020, literally days before the COVID-19 pandemic swept through and shut down the nation.

And while last year’s event was a hybrid enterprise of sorts, this year the auto show of old is back with its traditional 10-day mid-February run. The show kicked off on Saturday and runs through Monday, February 21.

A lot has changed since the last full show. While electric vehicles were just starting to make folks take them seriously two years ago, today EVs are arguably one of the most important part of the automotive landscape. See what else is making headlines at the 2022 Chicago auto show.

Ford unveiled a special version of the 2022 Bronco called Everglades that Ford says can can go through water as deep as 36.4 inches. In a cute but handy touch, the truck sports a graphic on the side of the front fenders that indicates the depth of water being forded.

Pushing the Bronco through are monstrous 35-inch B.F. Goodrich all-terrain tires (at a ground clearance of 13.1 inches) wrapped around 17-inch wheels. It also gets a 10,000-pound Warn winch with 100 feet of synthetic line in the front and two snorkels, which help provide clean air to passengers in dusty, rainy, windy, or snowy conditions in addition to pushing air to its 300-hp, 325-lb-ft 2.3-liter Ecoboost engine.

The Everglades edition goes on sale in the summer, but here’s the catch: The model is available exclusively to current Bronco reservation holders exclusive. Those who haven’t yet received a build date can switch to the Everglades—or to the 400-plus-hp Bronco Raptor, which will arrive in the same timeframe.

RAM introduced the “Build to Serve” initiative in 2020 that offered limited-edition RAM 1500 pickups to former and active duty military members. This year, RAM went a step further by introducing a second phase that will pay tribute to first responders. While it will eventually include police and EMS, the first examples honor firefighter.

The new firefighter model will have the 4×4 Off-Road Group package as well as all-black grille and bumpers, 20-inch aluminum wheels in Technical Gray, body color wheel flares, black badges, running boards, dual four-inch exhaust tips, and US flag and a “Built To Serve” decals. The Firefighter Edition will be available in all RAM 1500 body and bed styles, as well as powertrain choices. The special Firefighter Edition trucks will start production later this month and will go on sale in spring, $48,420.

On a related note, the Chicago Auto Show on Tuesday is offering free admission to all first responders and current and former military members.

The Chevrolet Silverado EV will not only offer 400 miles of range, like the Ford F-150 Lightning, it will be in essence is a self-contained power generator.

“We have up to 10.2 kilowatts of off-board charging capability, we have an accessory power bar that plugs into the charge port that has 120 volt and 240 volt outlets,” said Nichole Kraatz, vehicle chief engineer for the Silverado EV. “We also have 120 and 240 volt outlet ports in the truck bed, there’s 120 volts in the center console and also in the front, as well. So, basically, customers can charge whatever device they want, wherever they want, for as long as they want.”

Don’t get too excited, too soon: The Word Truck variant, the first that will be offered, is already sold out for the first year.

Another hot pickup, the top-of-the-line Toyota Tundra Capstone edition made its debut at the show.

The show also gave shoppers one of the first opportunities to see the Tundra Hybrid—known as iForce Max, it’s the first time the big truck has seen electrification—up close. Pricing for the Tundra Hybrid starts at $52,300, and the option will be available on Limited, Platinum, and 1794 editions.

Seen previously a few years ago at the Shanghai motor show, Toyota brought its strange Rhombus concept car to our shores for the first time.

The Toyota Rhombus looks to be visually inspired by several cars, including the Volkswagen Beetle and the Chevrolet Bolt, with the front window of a fighter jet. And naturally, the Rhombus is battery powered.

The interior configuration points at future as an autonomous vehicle, or even as a commercial vehicle like a taxi, with its spacey rear seating for three.

Nissan rolled out three Nissan Design America (NDA) project trucks based on the 2022 standard model, including this Project Adventure model. This mudder includes 34-inch mud terrain tires, a unique carbon fiber snorkel, and a 5-inch lift kit. The most unique aspect by far is the custom body wrap of a US atlas.

The other NDA trucks include the Project 72X, a takeoff on the old Datsun 720, the first American-built Nissan that rolled off the assembly line in 1983 in Smyrna, Tennessee; and the Project Hardbody, a takeoff of the Nissan D21, which was the first truck design completed by NDA. It’s built on a 2022 Frontier Crew Cab SV 4×4, and features a 3-inch lift kit, block-style wheels, bed-mounted spare tire and door graphics that have an 80s-style shadow outlining.

To further its commitment to safety, Hyundai announced Thursday that it will break ground this spring on a new $50 million Safety Test and Investigation Laboratory in Superior Township, Michigan. Once completed by fall of 2023, the new facility will include a crash investigation lab, a high-voltage battery lab, forensics lab, 500-meter track, and a Vehicle Dynamics Area. It will also employ 150 workers, Hyundai officials said.

Electric vehicles are becoming much more of a force with the car-buying public—and will continue to do so in the next several years, said Cars.com CEO Alex Vetter.

“We did some research and surveyed our users and there was a massive uptick of interest around EVs, largely coinciding with the Biden administration announcing it would fund EV introduction on a massive scale.

“Searches last year for EVs was only five percent nationally,” Vetter said. “Now, there’s been a spike as high as eight percent (recently) in California due to big incentives and consumer benefits to buy EV.

“But I also think that the manufacturers are demonstrating the quality that (is) here at the show, and online start educating consumers as to the new products that are coming into the market. We’re seeing a double-digit growth in EV searches already this year. It’s getting back to a supply and demand challenge and the more products that come to market, I think the consumer is looking for a lot more content around EV options.” 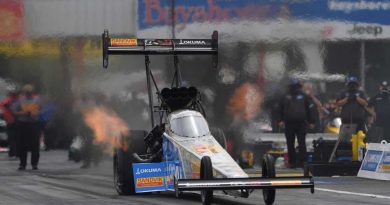 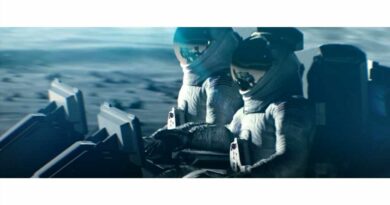