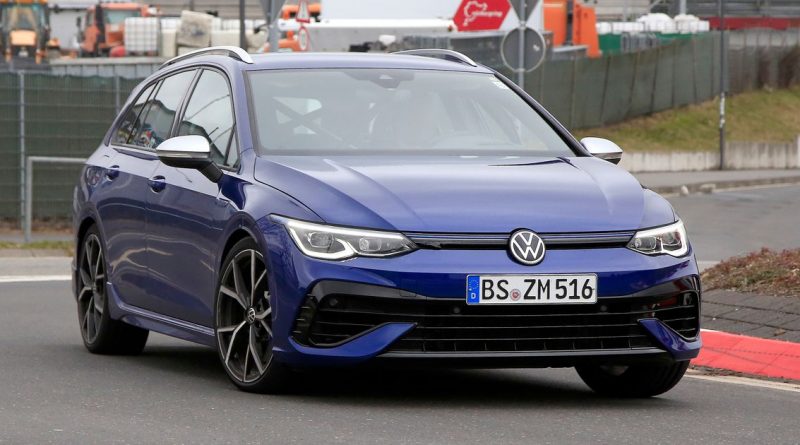 VW making a ‘Variant’ estate version of the new Golf R doesn’t come as much of a surprise. It’s not a car we have any trouble visualising either, which might be why Wolfsburg hasn’t put much effort into disguising its test mules.

An almost entirely undisguised white Golf R estate was spotted a few weeks back undergoing cold testing, and now we have this prototype to examine. Spotted near the Nurburgring, it gives us a great chance to see how the new hot wagon will look in Lapiz Blue, the signature R colour.

As with the white car, it’s disguised only via the removal of the boot badge. Oh, and there’s some tape over the R logos on the front wings and front grille. Those measures are fooling no one, however, since we can see the R hatchback’s front bumper, bigger brakes under some sizeable alloy wheels, and the telltale quad-exit exhaust.

Parping out of those four pipes will be the same 316bhp EA888 Evo inline-four turbo engine as used in the Golf R hatchback. The 4.6-second 0-62mph time of that car will increase due to the wagon’s heavier body, but not significantly.

We’re working under the assumption that the R Performance Torque Vectoring system, able to lob up to 100 per cent of available torque to one wheel, will still be on the options menu. As with the last Golf R estate and the current hatch, though, there’ll only be the choice of one transmission: a seven-speed ‘DSG’ twin-clutch automatic.

We can expect a full and highly unsurprising reveal of the Golf R estate in the coming months. Price-wise, the increase over the £39,270 starting point charged for the hatchback should rise modestly, and it’ll be scarily easy to option one beyond £50,000. 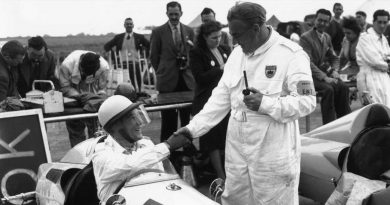 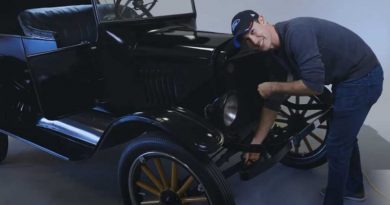 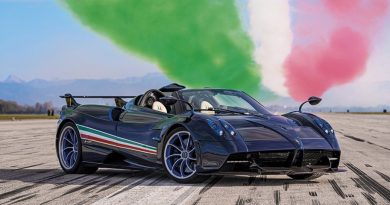 Pagani's Huayra Tricolore Is a $6.735M USD Jet-Inspired Hypercar, and Only 3 Will Be Built