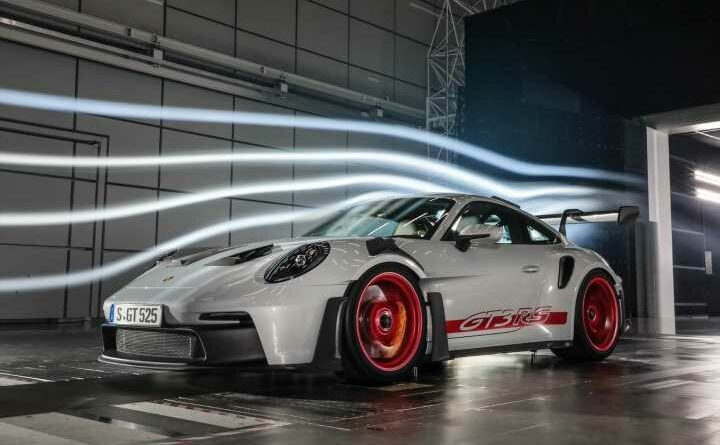 Thought the 992 GT3 was already a fairly decent track car? Imagine it with three times the downforce…

We did a video recently on the Porsche Cayman GT4 RS. It’s a special car. So special, in fact, that it somehow made the 911 GT3 we ran it against seem, well, a little ordinary. A bit subdued. The GT3 isn’t either of those things, of course. What’s happening here is a bit like playing a Stradivarius violin au naturel and then through a Fender amp. It’s the same, but louder. And the GT4 RS is simply a louder and more intense experience. But now it’s time to restore the 911 to the top of the pecking order, because, as sure as night follows day, a 911 GT3 is followed by a 911 GT3 RS. Rennsport is back. With a vengeance.

Let’s begin with downforce. There is a lot of it. Its production begins at the front, with that centrally mounted radiator. This is the first time, outside of racing cars such as the 911 GT3 R, that the radiator has sat in the front where the boot would normally be. This isn’t the source of the downforce itself, mind, merely a facilitator of it. Moving the radiator to the nose allows the space at the sides, where the radiators normally go, to be filled with moveable aerodynamic aids.

These work in tandem with the twin-element rear wing to deliver…wait for it…490kg of downforce at 124mph. For the record, that’s twice what the 991.2 GT3 RS made, and three times as much as the 992 GT3. Porsche quotes the 992 GT3 RS’s peak downforce rising to as much as 860kg at 177mph. And this is a car with number plates, remember.

The rear wing itself is a swan-neck design, just like the GT3’s. Here, for the RS, there’s a fixed main wing and a hydraulically adjustable upper element that extends higher than the roofline. That’s never been the case before on a 911, but then this really is an extreme-looking car don’t you think? And I’m not only talking about the rear wing.

Look at the pronounced sideblades at either end of the nose, which direct air around the front wheels. As usual, there are vents located on the top of the wheel arches to release air pressure around the tyres, but some of the air is directed through the double wishbone suspension at the front. This is because even the wishbones themselves are now aero-efficient members. They’re a teardrop design, just like you see on open-wheeled formula cars, which Porsche says helps to contribute another 40kg of downforce over the front axle. That air is expelled out the aggressive cutaways behind the front wheels, with another set of blades then channelling that air cleanly around the side of the cars.

Moving up to the roof, can you see those little fins at the sides? They’re small but effective. They pick up the hot air exiting the nostrils in the nose and funnel it out to the side. This makes sure that the air passing along the middle of the double-bubble roof is cool air to feed the intakes at the rear. And in case you were wondering, that means the holes in the rear quarters aren’t engine air intakes and nor are they for cooling, either. They are purely for aerodynamic purposes, and, once again, the air that exits around the rear wheels is drawn out by the cutaways behind them. These mirror those behind the front wheels with another set of sideblades to optimise the flow around the back of the car. And there you’ll find a similar diffuser to the GT3’s, only it’s more effective on the RS.

All this aero creates drag, of course, so to reduce that at high speed there’s a drag reduction system. Simply press the DRS button on the steering wheel and it shallows the angles of the front active aero parts and rear wing upper element. And they work the opposite way under hard braking. They create an airbrake, with the elements angled more aggressively to deliver greater stability during extreme stops and to shorten the stopping distance. Any pitching under braking has also been ‘significantly reduced’ by lowering the front axle’s forward ball joint of the lower trailing arm. The front track is also 29mm wider than the GT3’s and the multi-link rear axle has also been tweaked and includes modified spring rates. On top of that the driver assistance systems and rear-axle steering ‘have an even more dynamic setup’.

Naturally, for the ultimate track 911 the brakes are more powerful. At the front there’s a pair of six-pot monobloc fixed-position aluminium calipers. The pistons are bigger you find in the GT3 (up from 30 to 32mm) and the standard 408mm-diameter iron front discs are thicker (from 34 to 36mm). The rear brakes are the same as the GT3’s – four-pot calipers with 380mm discs. And yes, you still have to pay extra for PCCB brakes, which have bigger discs all round. The rubber size is 275/35 R 20 front and 335/30 R21 rear (tyre spec and manufacturer wasn’t included in the info we were given) and they come fitted to forged, light-alloy, centre-locking wheels. Forged magnesium wheels are available with the Weissach pack (more on that in a bit), which saves an additional 8kg.

What’s really interesting, to me at least, is the level of adjustment available at the driver’s fingertips. The 992 GT3 RS comes with the usual three driving modes – Normal, Sport and Track – but in Track mode the driver can now tune the basic settings individually using rotary switches on the steering wheel. You use these to tweak the rebound and compression damping across the front and rear axles, as well as the differential settings. All the settings are shown in the instrument cluster, which has the same gear change indicators and track mode as the GT3. This reduces the information shown to the just essentials.

Now to the heart of the matter. There’s been much speculation about how much more power the GT3 RS would get. The 992 GT3 had a small increase to 510hp, and the GT3 RS was bound to get a touch more than that. Most of the betting went on 520hp, which was wrong. It’s more. Well, a smidge more, at 525hp. But while this doesn’t seem like a lot when you’re going for more power from a naturally aspirated road-car engine that’s already stretched to – and still pegged at – 9,000rpm, it’s more than just an ECU remap. The changes include reprofiled camshafts and a ‘single-throttle intake system and the rigid valve drive’ derived from motorsport. And to add to the reduction in 0-62mph time, which is 3.2 seconds (0.2 seconds quicker than the GT3) the standard seven-speed PDK has a shorter final drive ratio.

Another aspect to acceleration is weight. The GT3 RS is heavier than the GT3, but only by 15kg, which, bearing in mind all the additions, isn’t a vast amount. It’s been kept to a minimum by using carbon fibre reinforced plastic (CFRP) for the doors, front wings, roof and bonnet, as well as the standard bucket seat shells. Inside, it’s a mix of leather and Race-Tex. The Clubsport pack is a no-cost addition that gets you the steel cage, six-point harness for the driver and a fire extinguisher.

Then there’s the Weissach package – all £22,515 of it. It adds obvious details, such as a carbon-weave texture to the bonnet, roof, sections of the rear wing and door mirror casings. It also adds less obvious things, like CFRP front and rear anti-roll bars, rear coupling rods and shear panel on the rear axle. Making those out of CFRP is said to ‘contribute to a further enhancement of the driving dynamics’ but there’s no stated weight saving. There’s also an optional CFRP cage, too. It’s the first time CFRP has been used for the cage by Porsche and it saves ‘around six kilograms’ compared with the steel version. But being a Porsche, that’s another extra. So it’s an extra on the extra, then, adding £3,224 to the cost of the Weissach pack. Another thing that is included is a pair of ‘motorsport-derived magnet technology’ PDK paddles. They’re said to give the shifters a more satisfying and precise click.

So, now you’re all frothing foam from your mouths at the thought of it, you’ll be heading down to your local Porsche dealer right now to order a new 992 GT3 RS, right? Ah, yes, that’s the catch. For a start, unless your climate-controlled garage is already brimmed with very recent Rennsport stuff, you’ll likely have made the trip in vain. Also, the new RS is £178,500. Which is quite a lot more than the £127,820 the current GT3 started at when we drove it for the first time last year. But before you rip into a comment about a) the price, and b) probably not being able to buy one anyway, I’ll just say this: yes, I’m absolutely jealous of anyone who will get their hands on one. Because it looks and sounds incredible. Which is exactly as it should be. 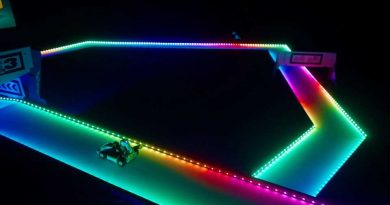 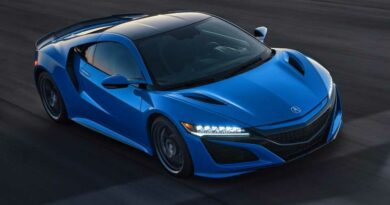 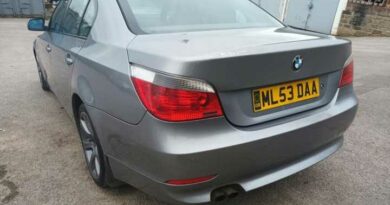 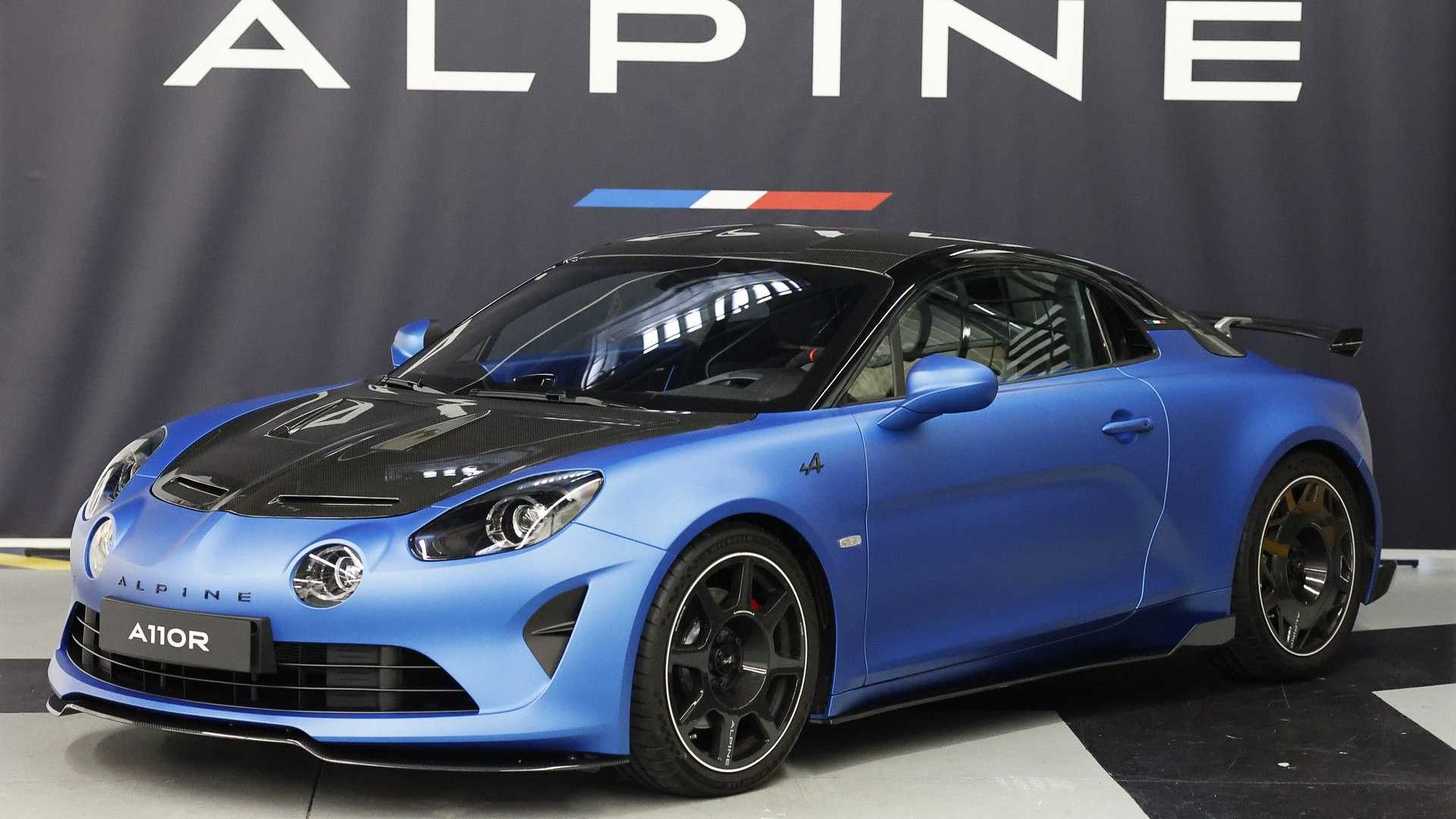 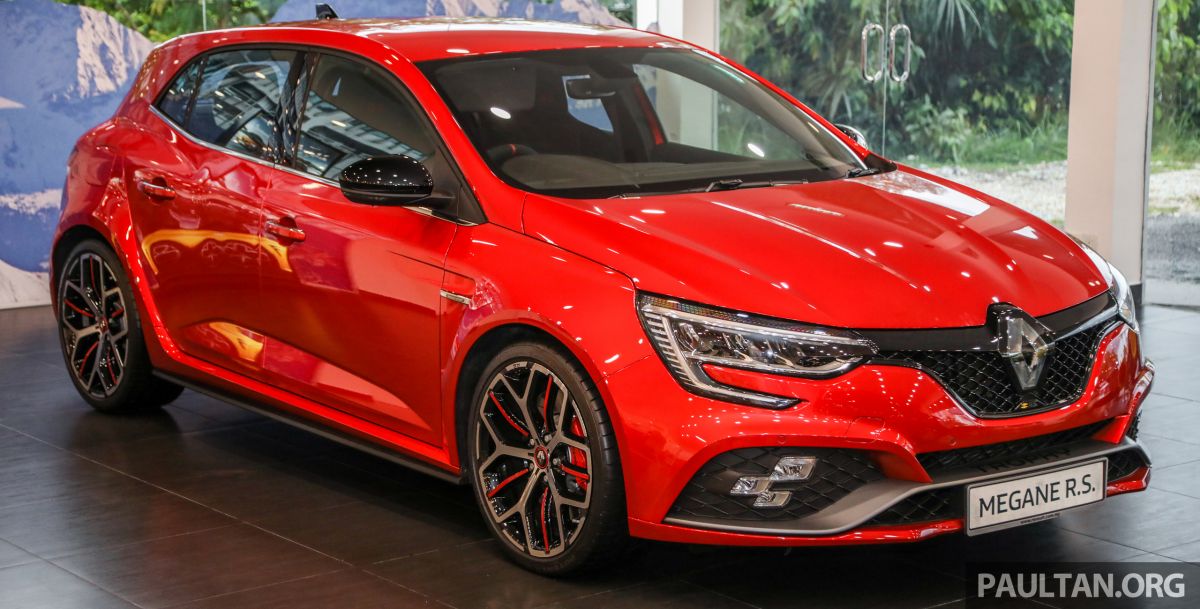 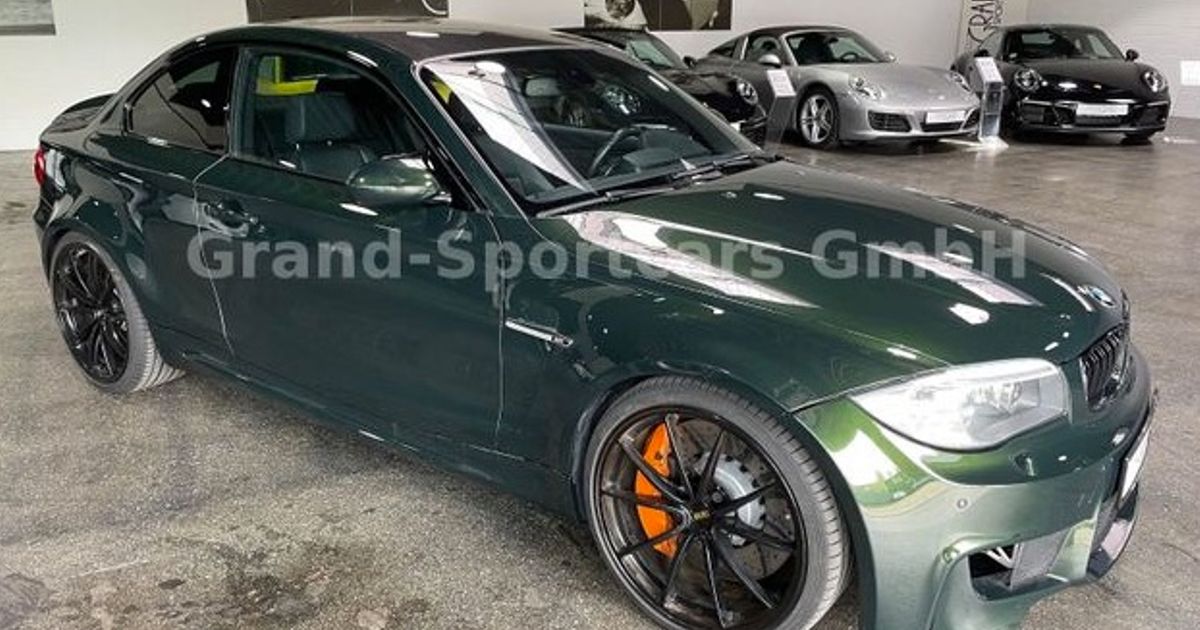 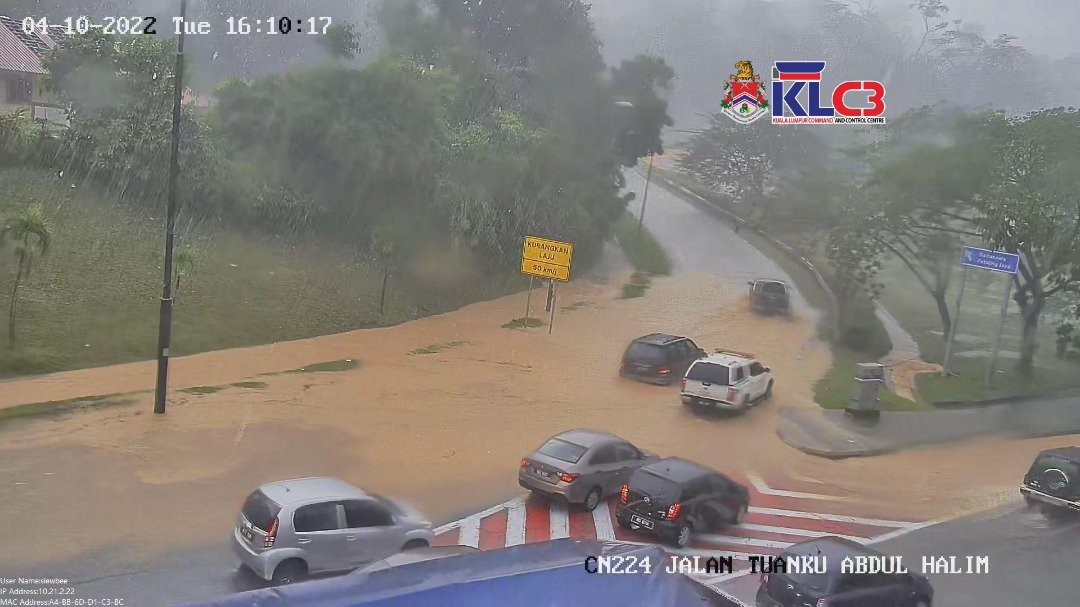 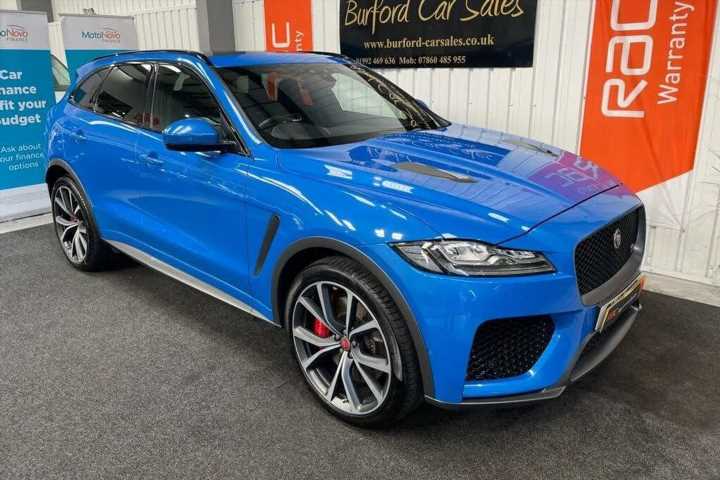