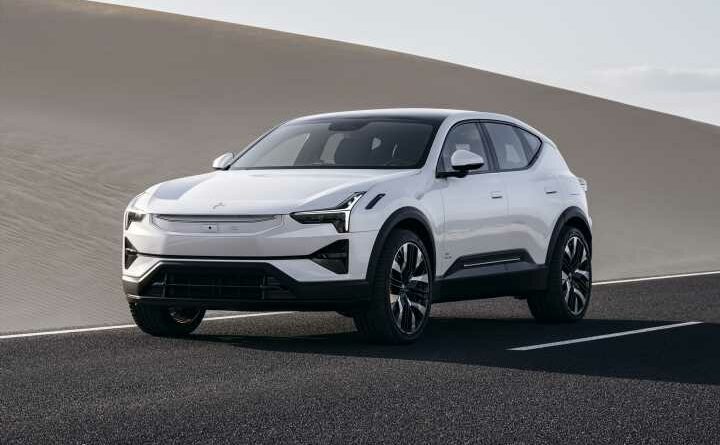 Polestar has been a fairly niche prospect up to this point. Expect that to change in a hurry…

Polestar has a bunch of concepts up in the air at the moment, including a swanky four-door coupe and a roadster, but this is the latest one to make it onto the production line. It’s creatively called the Polestar 3, takes the form of a family crossover and, therefore, will no doubt have people queuing up from miles screaming “take my money!”

This isn’t just some cheap attempt to capitalise on the SUV trend, however – and nor is it just a rebodied XC40 P8 Recharge from sister brand Volvo. Peel back the skin and you’ll find the company’s new SPA2 architecture, a development of the platform that underpins mega Volvos such as the S, V and XC90. It’s all tailor-made for electric power (with eyebrow-raising performance) and, of course, the obligatory suite of semi-autonomous driving modes.

Funny thing is, the Polestar 3 might be an SUV that you’ll actually want to drive, judging by the spec sheet. Standard Long Range cars come with a dual-motor setup that offers a combined 489hp and a suitably electric 620lb ft of torque, sending you from a standstill to 62mph in five seconds dead. There is, however, an optional Performance pack that ups power to 517hp and 671lb ft while shedding 0.3 seconds off the 0-62mph time in the process. Polestar previously announced that the motor setup will be “rear-biased”, with dual-clutch electric torque vectoring for the back axle. Par for the course these days perhaps, but at least it signals that the firm is giving as much thought to handling as it does to styling.

With that said, the Polestar 3 is, of course, very heavy. The steel platform, bodywork and all the electric gubbins result in a kerbweight of 2,584kg. Hardly a surprise, being a plug-in electric SUV, but it makes for a predictably sophisticated chassis. All Polestar 3s will come with adaptive dual-chamber air suspension and dampers, which are controlled by a computer that makes adjustments every two milliseconds to stop the car from feeling all choppy on a twisty road. There are two ride comfort settings, though any car fitted with the Performance Pack will get a slightly sportier default suspension setup.

All Polestar 3s come with a 111kWh lithium-ion pack under the floor, which is good for a WLTP-rated 379 miles in Long Range form. A heat pump is thrown in as standard, boosting efficiency by using the ambient temperature to warm up the cabin while also pre-heating the battery, preventing any nasty surprises on chilly days. Water cooling is utilised, too, and the battery itself is extremely tough with a boron-reinforced aluminium casing. That should keep the tabloids away in the event of a shunt, then.

Speaking of shunts, the Polestar 3 should, in theory, be very difficult to prang. At launch, all cars will come with five radar modules, five exterior cameras and 12 ‘ultrasonic sensors’ that all feed information to an Nvidia-powered central computer. This handles all the simple semi-autonomous features (lane keeping, emergency braking etc), with a more advanced, LiDAR-equipped Pilot Pack due during the second quarter of 2023. It bundles in even more cameras and sensors that are capable of creating a 3D image of your surroundings, helping “prepare the car for autonomous driving.” Just don’t expect to be driving around London hands-free in the near future.

Things are very techy inside, with a touch of Swedish simplicity. There’s a new, extremely large portrait infotainment system running an upgraded version of the Google-based Android Automotive software found in the Polestar 2. It won’t go out of date either (well, not for a while) as it’ll automatically update Over the Air (OTA), which will also be used to unlock new features further down the road. The cabin design itself is typically minimalist, though the use of wood panelling and light bars across the dash give it a more luxurious feel than the Polestar 2. And, unlike many of its rivals, Polestar has thrown in a 25-speaker Bowers and Wilkins sound system with Dolby Atmos support free of charge. Yes, really.

Oh, we should probably talk about the way it looks, shouldn’t we? The usual Polestar design elements are here, including the signature T-shaped headlights and body-wide light bar, but, interestingly, the ‘grille’ is actually said to be functional. There’s a small opening at the top that channels air over the bonnet, leaving a small floating piece of bodywork – a bit like the V12-engined Yamaha OX990-11 concept from the early 1990s. It’s all done in the name of reducing drag, with the Polestar 3 boasting a coefficient of just 0.296cd. Not bad for a gigantic SUV, though it isn’t quite as slippery as a BMW iX – which also happens to be its closest rival.

Yes, that’s right, the Polestar 3 is mixing it with the big guns with a price tag of £79,900. But, hey, look on the bright side. Polestar likes to keep its options list nice and slim because, it says, fewer extras “easy configuration and simplified production logistics.” How thoughtful. The only options it lists so far is the Performance Pack, coming in at £5,600, and the as-yet-unpriced LiDAR Pilot Pack due next year. Orders are open now, and if you’re one of the early adopters you should have a Polestar 3 on your driveway by the end of next year. A bit of a wait, then, but don’t expect that to harm sales one bit… 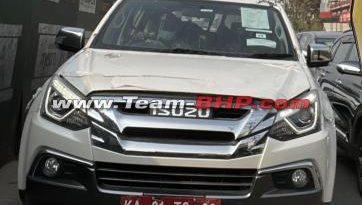 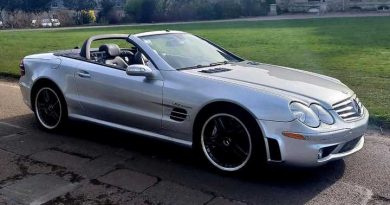