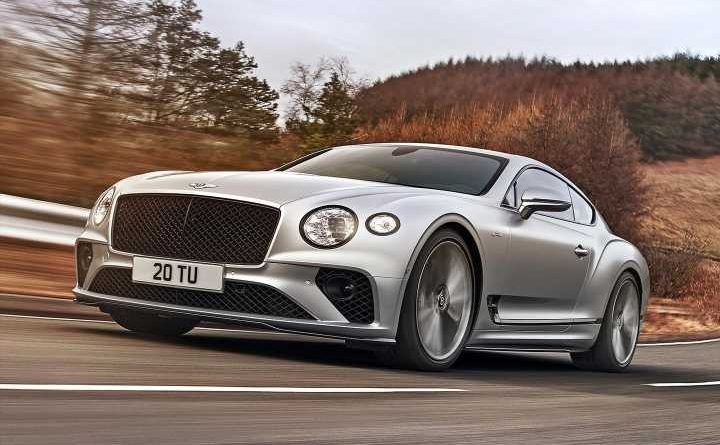 All-wheel steering, a rear eLSD and more than 659hp for the third generation GT Speed

It would be fair to say that the current Bentley Continental GT has been pretty well received. "Verges on tremendous" was the first drive verdict back in 2018, and it's only really got better since then, with V8, GTC and Flying Spur models having bolstered the range. Our most recent verdict, from behind the wheel of the V8 four-door, was emphatic: "arguably the best luxury saloon in the world."

Now it looks like the best could be getting better, with a new GT Speed just announced. A nameplate first seen in the modern era back in 2007, the GT Speeds have always rather done what they've said on the tin: travelled very fast in the absolute pinnacle of luxury. There seems little doubt that the 'very fast' part of its character will remain intact this time around, as the W12 has been boosted to 659hp. With torque unchanged at 664lb ft from the standard Continental GT, Bentley claims 0-62mph in 3.6 seconds and a top speed of 208mph. A recalibration of the eight-speed dual-clutch gearbox promises even faster shifts.

Arguably it's the chassis alterations that are more interesting, given that its 24hp gain over the W12 represents a modest four per cent improvement. For the first time in the coupe, all-wheel steering is standard (technology introduced to Bentley with the Flying Spur) and uniquely tuned for the application. Where in the four-door it was to the benefit of low speed manoeuvrability and high speed stability, for the GT Speed the system is "significantly more active"; its behaviour is said to be most prominent in the Sport driving mode, where a "level of agility unlike any other Bentley road car" has been promised.

Aiding the GT Speed in that endeavour is an electronic limited-slip diff on the rear axle, the first time such hardware has been used in a Bentley. Again designed to be most effective in Sport mode, the eLSD should bring better traction, stability and driver confidence. Specifically, it's been designed to improve turn in response and balance adjustability on and off the throttle, for the a "more driver focused" Continental GT than ever before. Which is encouraging, especially given the high bar already set by the W12. Kerbweight, for those interested, remains at 2,273kg.

All of the new technology is working in alliance with modified drive modes (Sport now sending more torque rearwards) and the ESC system, plus Bentley's three-chamber air suspension and 48V active anti-roll. The press release is positively saucy (by Bentley standards) in what all this permits: "With the ESC switched off, the mechanical grip and inherent balance of the GT Speed comes to the fore, allowing a driver-focused experience previously only seen in Bentley's racing machines. After utilising strong turn-in performance thanks to the All-Wheel Steering and eLSD, on track the driver can choose to balance throttle and steering to deliver effortless, progressive yaw angles." Tremendous.

All of which serves to make the rest of the GT Speed upgrades seem a little tame, even though they still warrant mention. Externally, the car can be identified by unique 22-inch wheels, Dark Tint grilles, Speed badging, "more sculpted" sports sills and a 'Jewel' finish for the fuel filler cap, which is matched under the bonnet for the oil filler. The interior "showcases Bentley's expertise in creating the world's finest automotive interiors.

Naturally, personalisation will be a huge part of the process for GT Speed customers – there are 15 main and 11 secondary leather colours to choose from. As standard the model is distinguished by Speed embroidered headrests, a duotone colour split for the upholstery in hide and Alcantara plus a Speed icon on the passenger fascia. The dark tint aluminium seen outside can also be optioned in for the centre console finish. Then there is the extensive range of veneers to think about… which we won't go into now. Suffice it to say a GT Speed buyer won't want for choice.

Dr Mattias Rabe, Member of the Board for Engineering at Bentley, said of the GT Speed: "The world's most luxurious Grand Tourer is now more capable than ever before, with a new sportier edge which will appeal to performance-focused drivers." Expect confirmation of UK prices and availability soon. 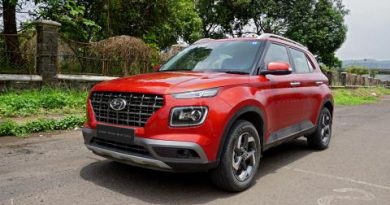 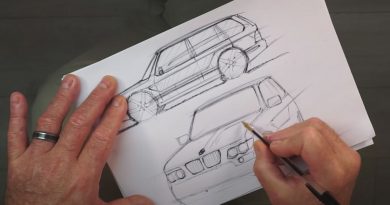