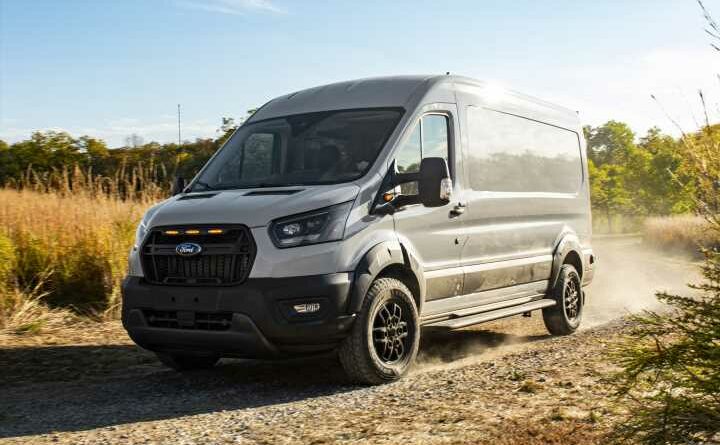 Welcome to the most instagrammable thing you'll see this week

Who doesn’t love a Transit van, eh? The nation’s workhorse. The perfect getaway vehicle. Built in Britain for fifty years, and a global success story to rank alongside any of Ford’s best-selling cars. But despite only being offered there since 2013, North America is apparently in the process of developing an affection for big T to rival our own. Spurred on by the endlessly instagrammable ‘van-life’ movement, Ford has introduced the Transit Trail for 2023, and frankly it’s another one to add to the why-don’t-we-get-that automotive wishlist.

Okay, granted, it isn’t as high up that list as say, a Cadillac CT5-V Blackwing or a Nissan Z – but when the spec includes a 310hp 3.5-litre Ecoboost V6 (!) and 30.5-inch Goodyear all-terrain tyres, it’s hard not to feel a mild pang of Eurocentric jealousy. Who wouldn’t want to spend a few days bouncing around the wilderness in a tricked-out Transit capable of towing a three-tonne boat?

Somewhat disappointingly – and despite the manufacturer press pics – Ford won’t actually do all the tricking out for you in the factory when it comes to camper-style awesomeness. Instead, it calls the Trail an ‘upfit-ready adventure van’, which essentially means it will go to the trouble of providing the ‘drillable areas’ for more interesting kit – and, via an optional Upfitter Package, offers desirable add-ons like an auxiliary fuse panel and dual AGM batteries – but you’ll have to do the actual drilling and fitting yourself. Or get Ford Pro to do it post-build via its own network of installers.

Of course, in the States there’s now a massive aftermarket for this sort of stuff, and in that regard it’s hard to think of a better foundation for your home-away-from-home than the Transit Trail. Bearing in mind a Transit of similar proportions in this country makes do with a 105 or 130hp 2.0-litre diesel engine, you do wonder why the Trail needs a petrol V6 with more grunt than the forthcoming Euro-spec Ranger Raptor – but who are we to argue with the concept of speed mattering? The Ecoboost is mated to a 10-speed automatic and a five-mode intelligent all-wheel drive system.

Needless to say, four-wheel drive and go-anywhere ability aren’t exactly a novelty in vans, but Ford has gone the extra yard with a 3.5-inch increase in ride height and a 2.75-inch wider track. Those Wrangler Workhorse tyres are fitted to 16-inch black alloys, and you also get a unique skid plate-style front bumper, splash guards, wheel arch cladding and liners, not to mention a black grille with integrated marker lamps.

Moreover, if you go for the high-roof, extended-length variant, Ford reckons the Transit will provide full standing room for someone 6ft 5in tall. And with a 14ft cargo floor, there’s plenty of room to lie down, too. “No matter the task at hand – delivering packages or enjoying life off the grid – customers can rely on their Transit to get the job done,” said Ted Cannis, Ford Pro CEO. “Our decades of experience in the motorhome industry and insights from the van-life community helped us design a vehicle that makes it easier for adventure seekers to start their next journey.” Not to a bank job hopefully – but evidently some of that same maverick Transit spirit lives on. 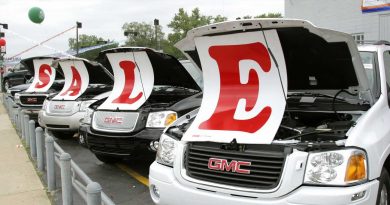 This Is the Perfect Storm for Ludicrously Long Car Loan Terms 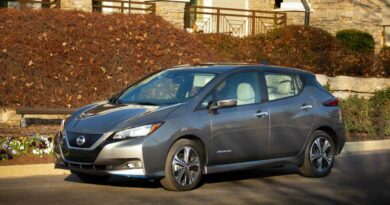 Electrify America Is Phasing Out CHAdeMO Chargers, and That’s a Big Deal for Old EVs