Home » News & Features » Need a beater hatchback for city use: Grand i10 NIOS, Baleno or Jazz 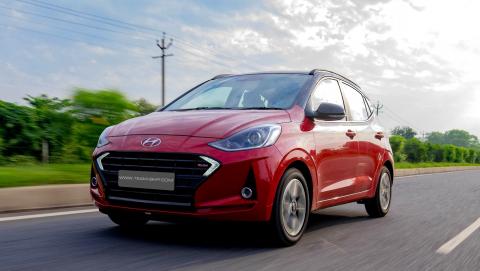 BHPian NerdyMillennial recently shared this with other enthusiasts.

We are looking to buy a beater car for city use, preferably a hatchback due to Pune traffic and ease of parking when out and about. The said car will be driven by the driver 80% of the time, if not more. Yet, non-AMT automatics will be preferred over MT but there isn’t much of an option and we are alright with an MT.

The City, which was my daily, has now become the family and office beater since the only other car in the garage is our recently acquired pre-owned 2018 G30 530d which I don’t like to take everywhere I need to go due to parking, bad roads and now rain when the City is out on its new beater duties. The bimmer, though an excellent daily driver, I just don’t want to take it absolutely everywhere around the city all the time, even if I am able to miraculously find a parking spot every time that it fits in. It’s not fun then, not to mention, the car will be worn out at an alarming rate.

Test drove the petrol NA engines with AMT and MT. Though people say the Hyundai AMT is the smoothest AMT in the segment, I didn’t like it one bit. This AMT is a massive downgrade from the AT in the previous Grand i10. Will prefer the MT if we go for this car. Gripes are Hyundai quality control issues that only seem to be increasing day by day as also the crash safety rating of the car.

This seemed to be a no-brainer, especially in its DCA avatar due to its safety rating of 5 stars and our preference for a proper automatic, even though this means paying a couple of lakhs more for it over the i10. But then I took a test drive of the petrol DCA variant (after being made to wait for 40 mins despite having taken an appointment beforehand) and the moment I pressed the engine start button, the 3 cylinder engine vibrated the car to life. I actually checked the ODO to see how high the mileage of the car was which stood at 3390kms and had to ask the service rep if anything is wrong with the test drive vehicle because of the vibrations (of almost diesel engine magnitude) to which he said this is normal.

Note that I had driven the i10 NIOS less than 24 hours before this, so maybe that influenced my perception of the Tata 3 cylinder but the Hyundai engine felt exponentially superior when it came to noise and vibrations. Build quality though rougher than the i10 felt solid. However, the car is nowhere as responsive and peppy as the petrol NA of the i10 once you are beyond crawling speeds.

Dropped the DCA due to the above observations especially when considering the price premium over rivals considered for our use case. I want to test drive the petrol turbo manual though before we drop the Altroz but I don’t expect it to be any smoother than the NA.

Seems good on paper, has all bells and whistles + 6 airbags in the top-end variant which is priced close to the Altroz. Gripe is “build quality” and crash safety offered by the vehicle but then again we are also considering the i10 NIOS, so. Yet to take a test drive of the same. It will be of the MT only.

I have driven a friend’s 2019 CVT variant and well, it’s a small Honda City! The current model will most likely be discontinued by the end of this year. Also, the price seems to be on the higher side considering all the factors for this car today. We are also open to the used car market but I am not so keen on getting another Honda CVT (they are fantastic, just that we already have one and might be fun to drive a different transmission on the rare occasion when I will drive the car, silly I know).

Everything said and done, I am genuinely confused between the i10 NIOS, Altroz and Baleno / Glanza in no particular order! However, given the car will be used in the city only, I don’t mind having a car that is not 5 stars and with that in mind, Altroz quickly loses its charm for our use case. What then remains is the i10 NIOS or the Baleno and Jazz.

Here’s what BHPian youknowitbetter had to say about the matter:

Since it will be a beater car, are you fixated on buying a new one? You should consider an old Polo (though DSG is quite infamous), but the car can really last long and will be fun to drive whenever you/your family members drive it instead of your driver.

Another idea is to go for S-cross (which is most likely to be discontinued and therefore can lead to an excellent value for money in the second-hand market if you can wait for a couple of months) as it will be super easy to maintain and unlike other Maruti cars, the car is on a safer side.

Here’s what BHPian Gypsian had to say about the matter:

Honda Jazz, as you rightly mentioned, it’s a small Honda City. Honda engines are hard to beat when it comes to beater type. Those N/A high revving engines which are pocket rockets too, can certainly last for more than a decade or a minimum of 200,000 with periodical maintenance. The new turbo petrols though tempting are not as tried and tested as Honda B series engines.

Here’s what BHPian Benoit had to say about the matter:

If the car will be used within the city limits, you can consider the Tigor EV. The running costs and maintenance would be absolutely low. Since you already own two cars for long-distance running, going the EV route wouldn’t be a big issue. The instant torque is very helpful in the city.

Here’s what BHPian Shreyfiesta had to say about the matter:

If you have a slightly higher budget, you should consider buying an i20 1.2 Kappa IVT. It isn’t exactly-rev friendly to drive like say a Swift 1.2 Dual Jet but is decent for your beater-car purpose. The IVT automatic transmission is butter smooth, not for quick shifts, but for sedate power delivery. Handling is average only for the fact to be told, a usual Hyundai trait. Fuel efficiency on 1.2 is substantially better than the 1.0 Turbo IMT version in the city. 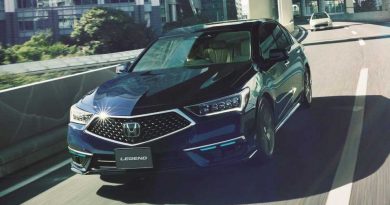