The low cost of ownership & 100% reliability record of my Hexa has taken a hit in the last few months.

BHPian Shreyans_Jain recently shared this with other enthusiasts.

I bought my Hexa XTA in February 2017. It was among the first few Hexas to be sold in Delhi NCR. To this day, I am glad of my decision of picking up the big Tata over the Innova Crysta. The space and comfort offered by the Hexa remain unmatched. I strongly believe that there is no better car for long-distance touring. My 93-year-old grandma insists on travelling in Hexa and Hexa only. Tells you everything.

I purchased my car with the maximum available 5 years of warranty (3 years + 2 years extended warranty) as well as 3 years/1 lakh km Gold AMC. Between 2017 and 2020, the car clocked over 90,000 km in three years. During this time, I paid nothing for service and maintenance. Everything came from the AMC, including wear and tear parts like discs and pads. My out-of-pocket expense was limited to a set of tires and a new battery. The car was perfectly reliable and needed nothing apart from regular service.

Then, COVID hit and usage plummeted. 2020 and 2021 saw the car run for 10,000 km combined. Most of this came from two driving holidays: Panchmarhi and Kashmir. Nowadays, it is my wife’s daily driver, as well as the designated car for family use. Hence it needs to remain perfectly reliable and available at all times. However, its 100% reliability and low cost of ownership record have taken a hit over the past few months.

Our tale of part failures begins in August 2021 when the engine suddenly stopped starting. The starter motor would fire but the engine just wouldn’t start. We had to manually operate the fuel pump, only then it would fire up. As if it was taking in air from somewhere. Affairs at my trusted local TASS were not in order at this time, so I sent the car over to the good folks at Worlds of Service, Noida. They promptly diagnosed it to be a fuel pump issue. I pushed Anupam to try his contacts with Tata to get the pump replaced under an extended warranty. He tried, but it didn’t work out. I was told that TASS Greater Noida insisted on replacing both the high-pressure and low-pressure pumps, and the bill would be to the tune of Rs 1lakh.

On my instructions, the car was brought back to WoS and the fuel pump was opened up for repairs. Anupam was confident it could be fixed. Fix it they did, and the car was returned. It ran fine for a few weeks, but then another problem appeared. Every time it crossed 2000rpm, the check engine light would come on, and the car would go into limp mode and lose power. It would accelerate at a crawling pace and not exceed 80kmph. Turning off the engine and restarting would reset it and make the car normal, till it hit 2000rpm again.

The scan showed the issue to be linked with the fuel pump again, with the error reading “fuel pressure too high”. The car ended up spending a good 2 months at WoS. They were unfortunately not able to fix this. I ultimately called the car back and showed it to my trusted SA who was now back at the local TASS. He too diagnosed it to the fuel pump and I gave him the go-ahead to replace it. The total cost including labour was about Rs 60,000/-. The car is running absolutely fine since the pump was replaced.

This is a wear and tear replacement and not a part failure per se. The vehicle kept losing alignment after every few days. The issue was diagnosed as a worn-out front suspension. The entire assembly was replaced: tie rods, ends, arms, and link rods. The shockers were in good shape, they were retained. The suspension lasted a very decent 1L km, and the shockers are still going strong. Still, the replacement was fairly expensive. The total cost was about Rs 31,000/-

A hose pipe carrying coolant burst during our recent family trip to Dehradun. This was a failure that pretty much left us stranded in the 45-degree summer heat. The car was somehow limped to TASS Haridwar. They didn’t have the damaged part in stock but were resourceful enough to perform an emergency jugaad repair with MSeal. The repair held up and we were able to complete the trip with no further incident and bring the vehicle back home. TASS Faridabad later replaced the damaged hose pipe. The total cost was about Rs 5,000/- including fresh coolant. The timing belt on the Hexa needs to be replaced every 5 years or 150000km, whichever is earlier. The car is currently in the shop for timing belt replacement as it is past the 5-year mark. The alternator belt was found to be weak and is being replaced. Idler bearings are also being replaced. The estimate given is about Rs 18,000/-

The latest issue. The exhaust has rusted and developed holes, in a very Hyundai-like fashion. The car sounds like a generator without the canopy! The estimate from TASS for replacement is Rs 90000/- As of now, I have refused and am trying to make it work with welding and repairs. If unsuccessful, I will have to shell out for a complete replacement. This is not a Tata-bashing thread. I continue to be a happy and satisfied Hexa owner and plan to retain the car till the 9-year mark (stupid 10-year rule in Delhi NCR). The odometer currently stands at 110000km. My experience at my local TASS with my trusted advisor has been good. Their diagnosis has been spot on and prompt and their dealings have been fair. Mine is among the oldest and highest-run Hexa on the forum. The idea behind this thread is to make other owners aware of potential issues that can happen as their cars age.

A car is just a collection of parts. All parts have their life, after which they have to be replaced. That being said, so many failures over the past 6 months tell me that a lot of parts here have been designed for a life of 5-6 years or 1lakh km. These failures will happen out of warranty for most people, and they will end up paying out of their own pocket.

Quite frankly, other than the fuel pump, everything looks okay for a car with over 100,000 km. Even the fuel pump isn’t that bad; I am accustomed to 2 – 4 major part failures in 100,000 km of ownership, no matter which brand (including my Hondas). For example, my Civic saw an ABS unit failure, steering rack failure, pre-mature engine mount failure, some AC problem (don’t remember – either compressor or condenser or something else) etc. in <50,000 km.

Despite being discontinued, the Hexa is still a rockstar due to its excellent ride quality & competent AT gearbox. Keep using your car & keep investing in it.

Here’s what BHPian vishy76 had to say on the matter:

Thanks for a detailed account of part failures. Here’s what I think of these issues:

However, I am very surprised that the catalytic converter material is crumbling. This is something that should last the life of the engine. Cat cons are not cheap, as is supported by the 90K quote you have mentioned.

All in all, the only thing you need to worry about is the catalytic converter. I would suggest getting a used one. Replace the exhaust end pipe with a single exhaust. Get the timing kit replaced (I find the price justifiable. If you are happy with the dealership’s labour quality, go ahead with them) and I don’t think there’s much else left to be looked at. You have fixed at least 70-80 per cent of what needs to be fixed. The next few issues should also be running repairs (majorly the mounts and maybe certain parts of the rear suspension).

The car will go for another 1L km without any issues. 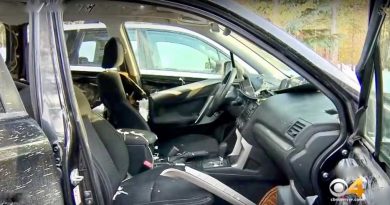 Skoda Kushaq Style AT variant to get 6 airbags & TPMS 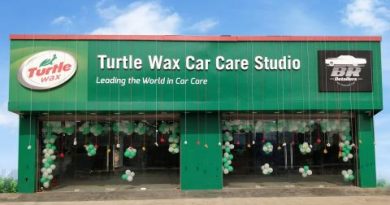