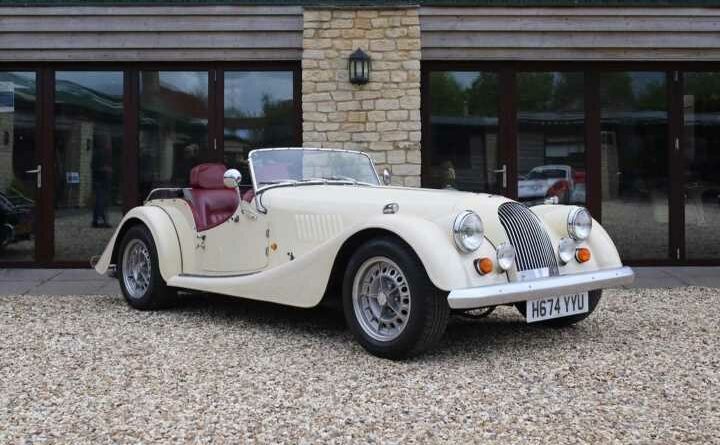 Engine from the sixties, looks from the forties – and a price in the twenties

The growing list of Brave Pills has celebrated most forms of automotive courage. Some have had potentially ruinous running costs or when-not-if mechanical issues, some have been so vanishingly rare as to be effectively extinct in the wild and some have even been the sort of widowmakers with a dangerous surfeit of power, or an alarming lack of handling.

Yet there is another sort of brave, one this column has rarely touched on. The kind you encounter when a mate gives you the up-and-down and says “that’s a bold look”; like misreading the invitation for a black tie ball and coming dressed as a French Pierrot. The Morgan Plus 8 is a car that requires a similar degree of sartorial confidence, being pretty much the automotive equivalent of going out wearing tweed knickerbockers and a monocle.

Few brands divide opinion like Morgan. For its fans, the oh-so-English sports car maker is the encapsulation of an unbroken tradition that goes back most of the way to the dawn of car building, a company that hasn’t evolved for the simple reason it has never really needed to. Yet others regard is an offensive anachronism, the brand that time forgot, with ancient mechanical components beneath tally-ho design; the sort of cars that Bertie Wooster would have recognised, with a driving experience he would likely have found familiar too.

Yet while it has always been possible to insult the Plus 8 for its limited technical sophistication, it can’t be criticized for any lack of performance. Indeed, when it came out in 1968, its combination of V8 power and a lightweight part-timber structure made it one of the fastest cars in the world.

The Plus 8’s official origin story is too good to subject to the sort of diligent research that might find holes in it. In the mid-60s, so the corporate legend goes, the company was in need of a new engine, the four-cylinder Triumph motor that it used on the verge of replacement in BMC models with a larger, heavier straight-six that wouldn’t fit a Morgan chassis. By a happy coincidence Peter Morgan, the dynastic company’s then-boss, happened to have gone to the same school as Peter Wilks, Rover’s technical director. The connection led to a discussion about the former Buick 3.5-litre V8 that Rover had just acquired the rights to and then the happy realisation that this compact, lightweight unit could be made to fit between the Moggy’s chassis rails.

Some manufacturers would use the arrival a potent new engine making at least 50 per cent more power than the old one as the jumping-off point for a comprehensive mechanical makeover. Morgan did not. Beyond some very slight dimensional stretching and the arrival of a limited-slip differential the Plus 8 was barely altered, keeping the Plus 4’s solid Salisbury rear axle, four-speed Moss gearbox and its already thoroughly archaic sliding pillar front suspension. Plus, of course, the same combination of a steel chassis and wooden frame as every other pre-1999 Morgan. But the physics were still compelling: the twin-carb’d engine made around 160hp, working against just 850kg of mass. An early magazine test extracted a 6.7-second 0-60mph, half a second inside the time for a contemporary Jaguar E-Type and enough to make it the fastest acceleration production car then on sale in the UK.

Despite its Edwardian looks, the Plus 8’s potent performance and tuneability meant it enjoyed a distinguished and remarkably long competition career. Plus 8s won the Production Sports Car Championship in 1978 and 1979. Peter Morgan’s personal car, which was also one of the company’s prototypes, was victorious in the Snetterton 24 Hours race as late as 1982. But while some buyers used their 8’s in a similar style, most were treated gently as fair-weather classics.

Our Pill has been chosen on the back of both an enticingly low price tag – £27,995 making it the cheapest in the classifieds by just over ten grand – and also the linked fact it has covered 104,000 miles. That figure might not look too imposing when annualized over 30 years – but it is still a substantial innings for a Plus 8, with few other cars having achieved six-figure odometer readings. Being a 1991 car it has the upgraded 3.9-litre fuel injected version of the long-lived V8, this being in pretty much the same tune as the late first-gen Range Rover, making 190hp, plus a five-speed gearbox. The ivory paint looks crisp, the mulberry trim smart and the selling dealer promises plenty of history. The MOT history is also reassuringly green, with the only fails in the last decade for occasional non-functional lightbulbs and an insufficiently potent windscreen washer.

No Plus 8 will feel modern to drive – something that was true even in 1968 – but they do have a definite charm. Ride is always firm, and can feel punishing over bumps, with undulations also likely to create creaks and wobbles in the less than rigid structure. The unassisted steering is heavy, too – and although both early and late Plus 8s came with brake servos, our Pill dates from the period between when none was fitted, so the pedal will require a manly shove. But the wuffly V8 is charming at low revs and angry when worked hard, and the view through the tiny windscreen over the triple wipers and that long, long bonnet is special enough to defy even high level cynicism.

There are risks, and not just that your friends will laugh and call you Mr. Toad. While Morgans of this generation are pretty much depreciation free, they still require a fair amount of ongoing spend to keep in good nick. There are degrees of brave, of course – the Plus 8’s simplicity and well-known engine makes it a safer prospect than most other sports cars. But the spending stars can align; I once did a story with one which had needed an engine rebuild and a new chassis in short order, leading to more than £15,000 of unplanned expenditure.

But they’re not making any more of them. The original Plus 8 died in 2004, with a more expensive (and more sophisticated) aluminium-chassis version with BMW power made between 2012 and 2018. Morgan has said it won’t be doing any more V8s, so the rarity value of cars like this will (slowly) increase. Yes, you’ll look like Gussie Fink-Nottle or Claude Cattermole ‘Catsmeat’ Potter-Pirbright driving it, but you’ll likely be having too much fun to care – what? 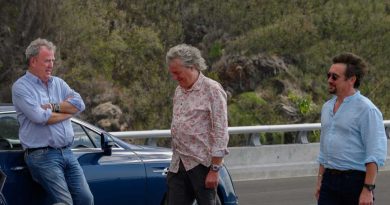 Who Would Host Your Ideal Car TV Show?

Now This Is What You Don’t Want 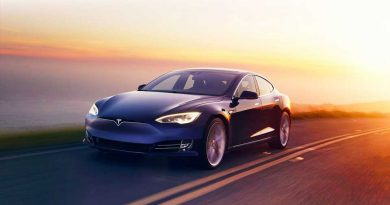